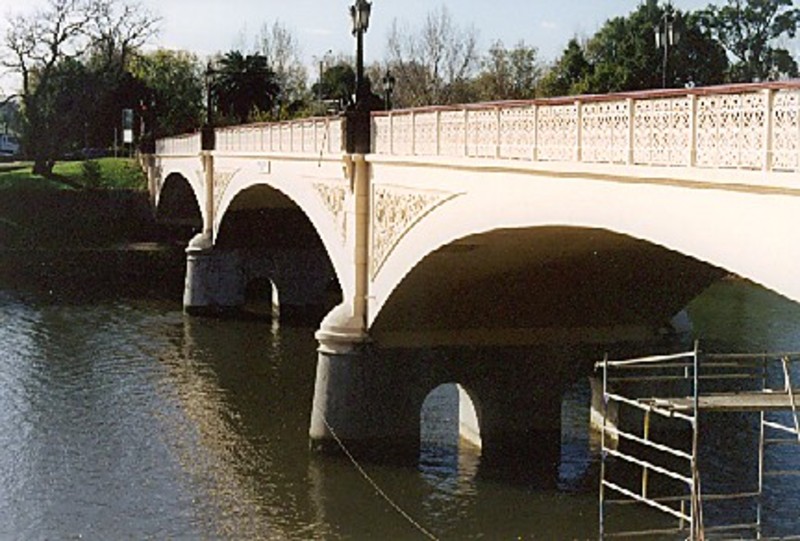 The Anderson Street or Morell Bridge over the River Yarra constructed in 1899 and wrongly attributed to celebrated soldier and civil engineer, John Monash, was designed and constructed by Sydney based engineers, Carter, Gummow and Co, patentees of the Monier Construction System in Australia.
The bridge, designed as a Monier arch structure of three equal river spans with concrete abutments, macadamised roadway, concrete footpaths and cast iron balustrade panels, is the first significant reinforced concrete structure erected in Victoria. The bridge was erected on dry land and upon completion the Yarra River was diverted under it. The Anderson Street Bridge is in very good condition, although one balustrade section is missing and there is a slight deflection in the northern span, and is of high integrity. Classified:21/05/1964.