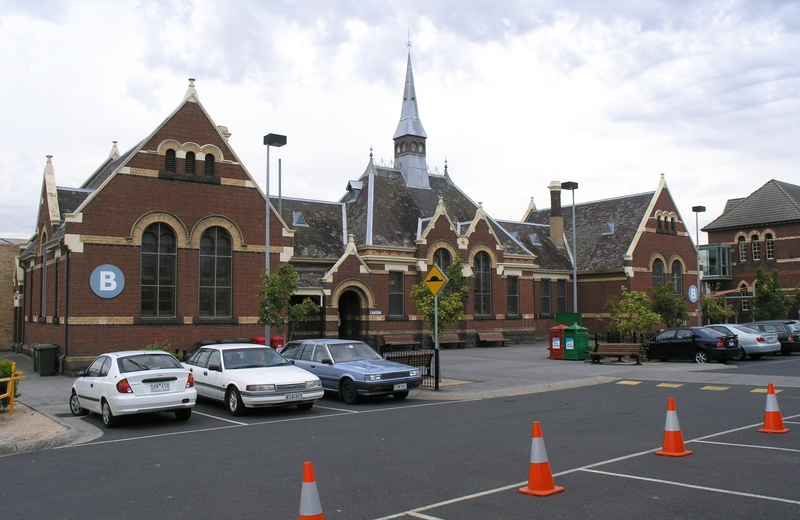 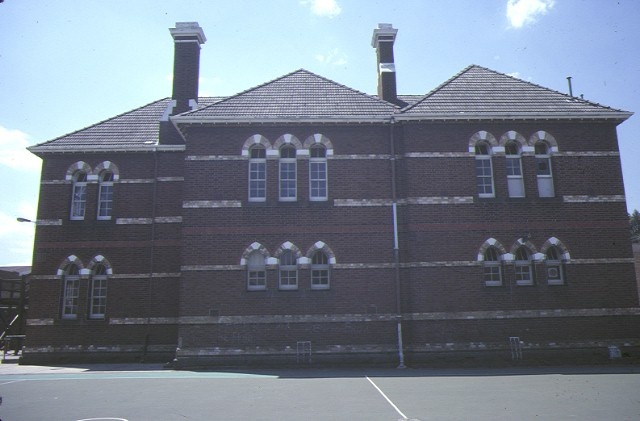 Primary School No.2084 in Cremorne Street Richmond consists of two finely detailed and relatively intact school buildings built in 1878 and 1890. The earlier building is a single storey polychrome brick structure with a slate roof. Polychrome brick was also used in the two storey 1890 building.

Primary School No.2084 is of historical and architectural significance to the State of Victoria.

Primary School No.2084 is of historical significance as it illustrates the character of education provision in Victoria in the decades after the introduction of free and compulsory primary education. It also serves as evidence of the social history of Richmond and of the provision of education to working class communities. The school's design is derived from WH Ellerker's competition-winning design of 1873 for a school of 500 students. The competition to produce school designs was an indication of the importance accorded the task of building the State?s education system by the newly formed Department of Education. Additionally, the idea of producing attractive but standardised designs reflected the enormous task of building sufficient schools to cope with the massive demand sparked by the introduction of free compulsory education in 1873. Primary School No.2084 provides evidence not only of the influence of Ellerker's school designs but of this broader context of the development of State education as well. The school was initially constructed on a very small site and enrolments had exceeded its capacity before it was completed, indicating the rapid growth of Melbourne's inner suburbs. Expanded accommodation was not, however, provided until 1890. The cramped nature of the site was evident in the provision of a rear verandah to cater for the recreational needs of the children, the most significant departure from earlier plans. In the first decades of the 20th century, the Education Department embarked on a program to improve the lighting of its schools by altering inadequate windows. Primary School No.2084 was one of the very few schools in the State to have been overlooked in this program. This, combined with the school's small site and cramped recreational conditions, give some indication of the relatively low priority given to schools in Melbourne's working class communities.

Primary School No.2084 is of architectural significance as its two buildings document the development of school design in the two decades after the introduction of free and compulsory education. The 1878 building reveals the influence of the designs obtained in the competition conducted by the newly formed Department of Education in 1873. The competition schools are important in the history of the development of State education in Victoria because the design of a large number of schools such as this one was based on them. The competition also drew a number of important Victorian architects, including Reed and Barnes, Terry and Oakden, Charles Webb and Ellerker, the architect of the design on which this school was based. The design of these early schools tells us something about the philosophy of education at the time, the large classroom spaces indicating the size of classes, and the rather limited fenestration revealing the priority given to the isolation of children during the education process over the provision of natural light. The 1890 building, a larger and more imposing structure, is a simplified version of a later style and the combination of the two styles, still largely intact, on the one site provides an interesting record of the development of State school design.

The 1878 building of Primary School No.2084 is of architectural significance as an example of the work of the notable Melbourne building firm of T Cockram & Co, whose other work includes the Windsor Hotel and Princess Theatre.