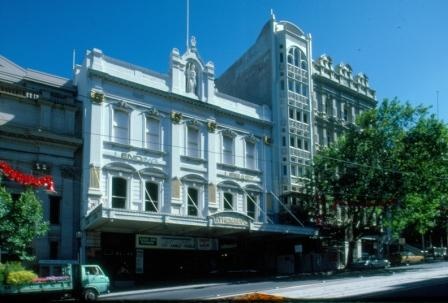 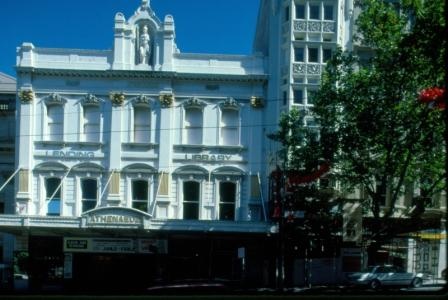 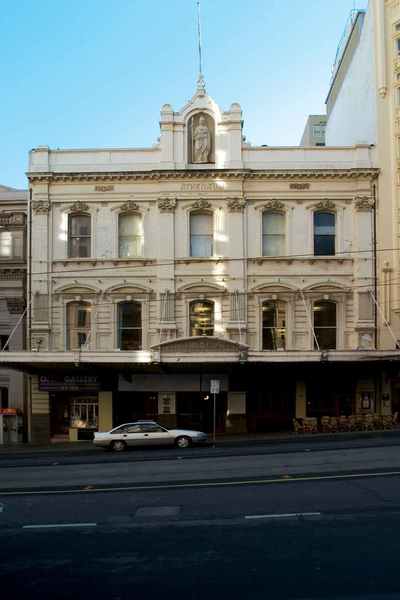 Three storey building with a classic facade compatible with surrounding buildings, built in 1856 but later remodelled. Notable historically as housing the Melbourne Athenaeum (which as the Melbourne Mechanics Institution was founded in 1839), the Athenaeum Gallery, and the Athenaeum Lending Library.
Classified: 09/09/1976