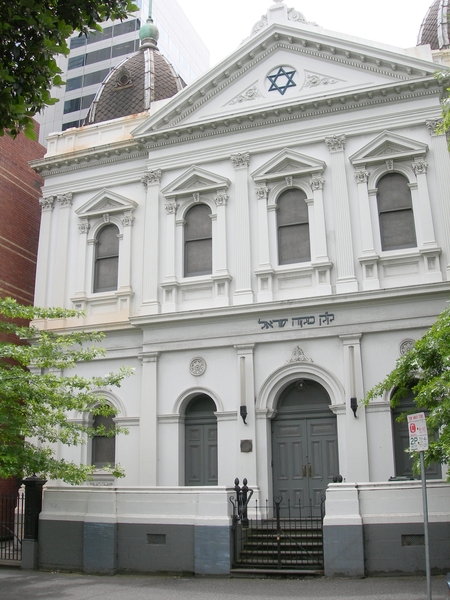 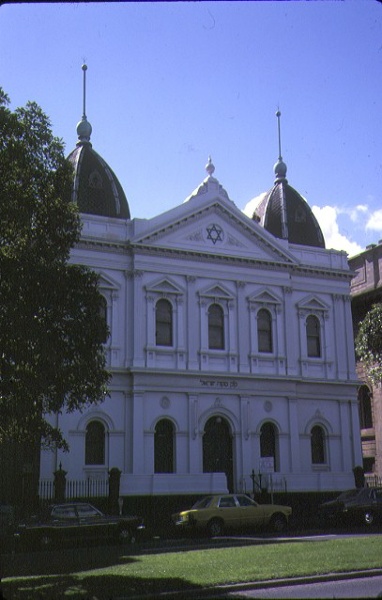 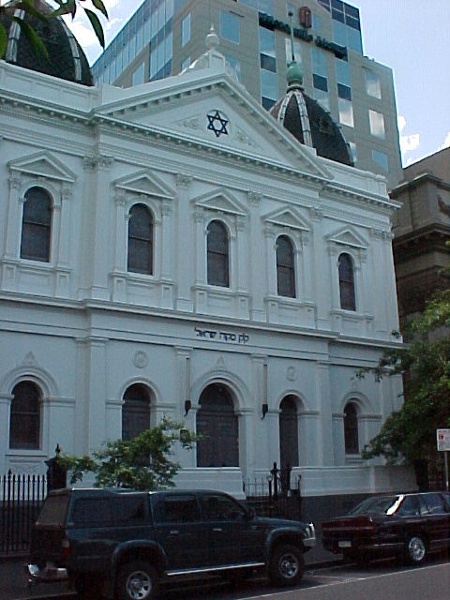 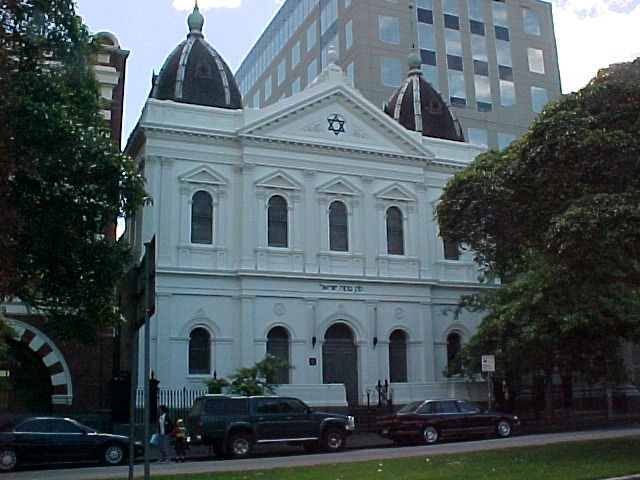 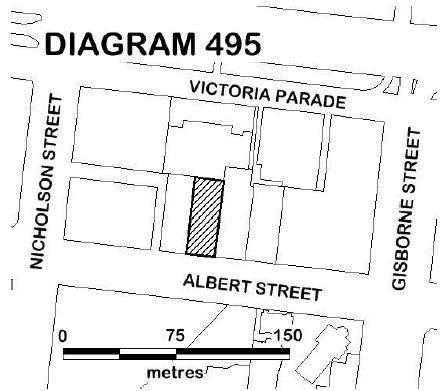 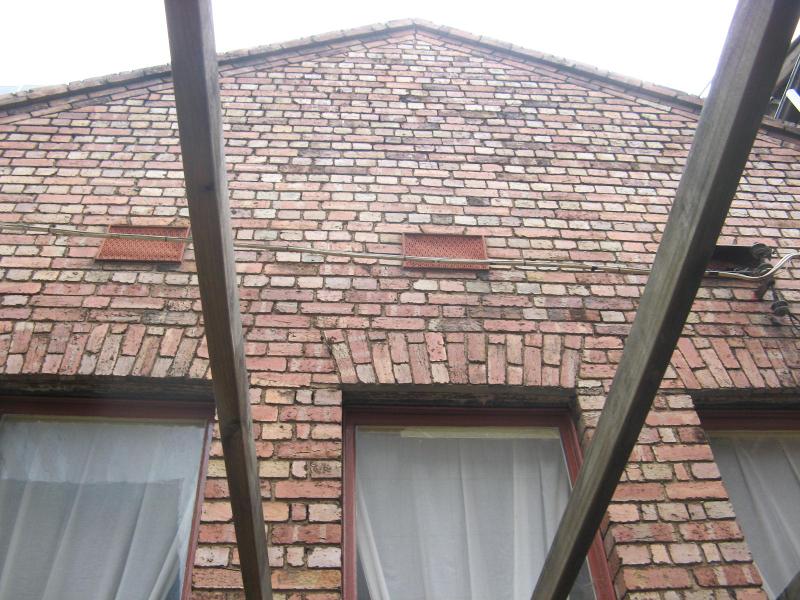 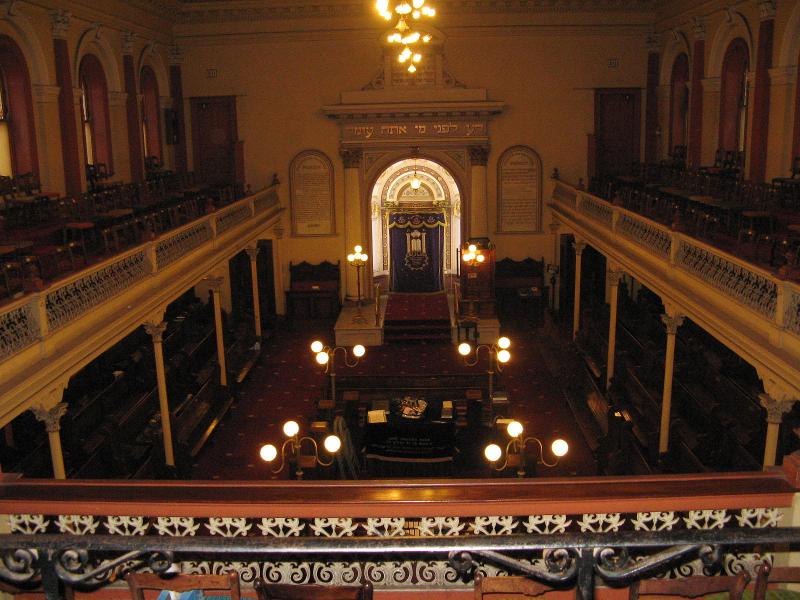 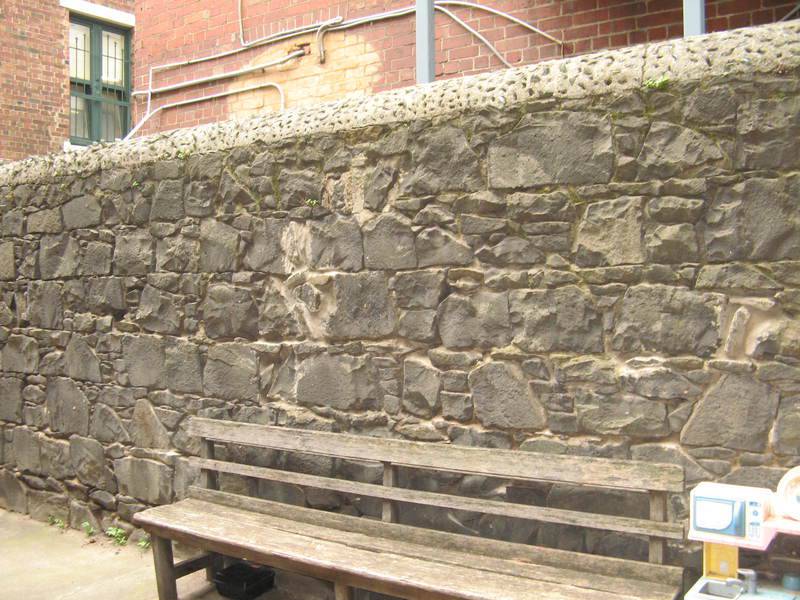 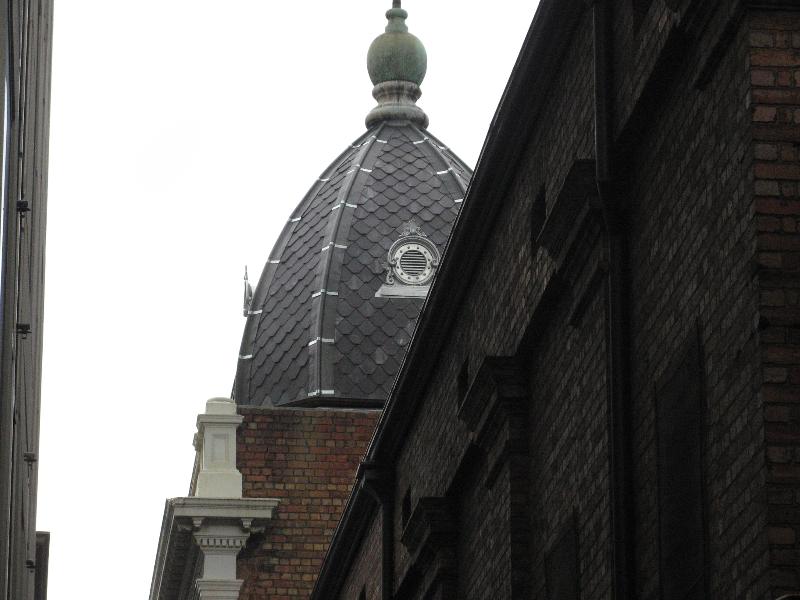 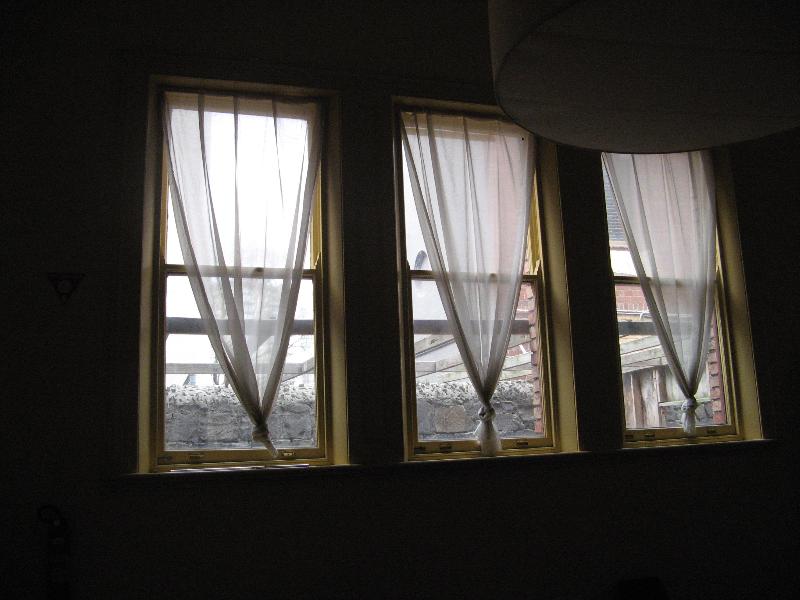 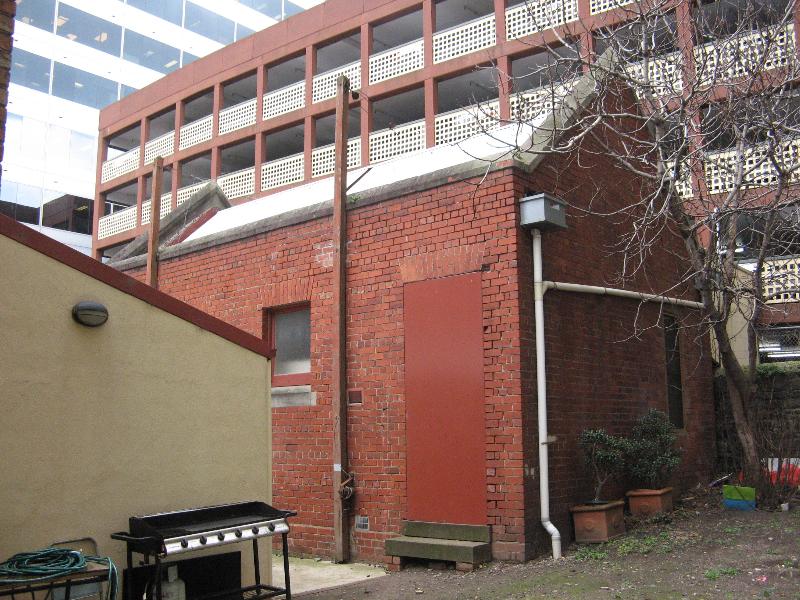 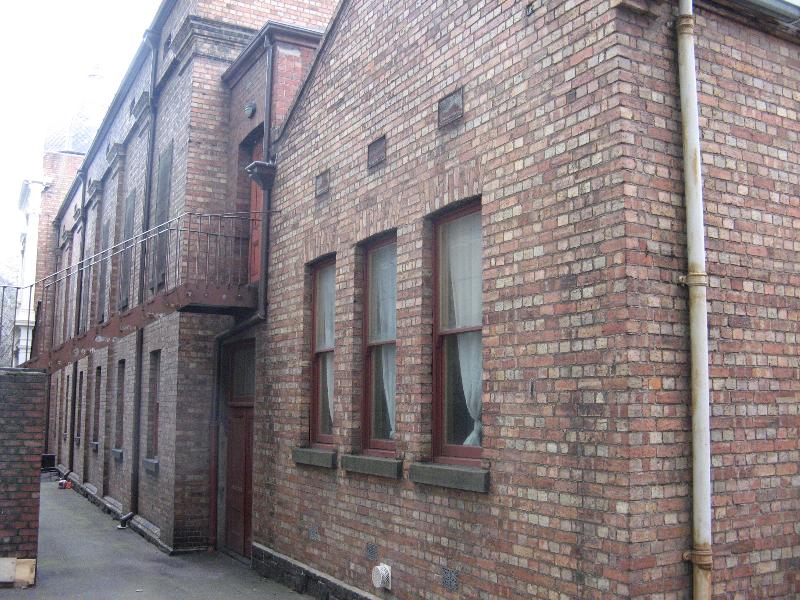 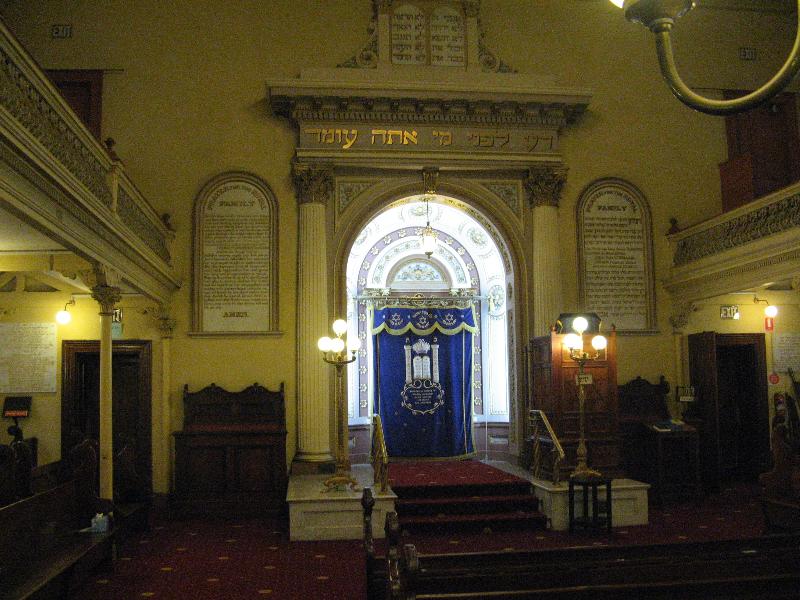 What is significant?
The East Melbourne Synagogue (Mickva Yisrael) was consecrated in September 1877. The first Synagogue in Melbourne was established in 1847 in Bourke Street, but its Rabbi, Moses Rintel, with thirty predominantly German-Jewish followers, split away in 1857 to establish the Mickya Yisrael. The two-storeyed building designed by noted Melbourne architects Crouch and Wilson in 1877 is of rendered brick with a slate roof. The facade was completed in 1883 in the style of the Renaissance Revival. The facade comprises five bays, with the central three bays treated as a slightly projecting pedimented temple front. Tuscan pilasters divide the bays of the lower floor, and Corinthian pilasters divide the upper floor bays. The Star of David is set in bas-relief within the tympanum. A continuous parapet is carried over the tympanum and the dentillated cornice. Twin steeply-raking octagonal domes flank the central pediment. The internal space is organised by a gallery on three sides carried by cast iron columns. The balustrade of the gallery is of swag-bellied cast iron. The main ceiling is panelled with a dentillated and modillionated cornice. A Bema and Tabernacle and the interior in general remain in an intact state.


How is it significant?
The East Melbourne Synagogue is of historical, social and architectural significance to the State of Victoria.

Why is it significant?
The East Melbourne Synagogue is historically significant as the oldest and largest functioning Synagogue in Victoria. It is a replica (internally) of Melbourne?s first (since demolished) synagogue in Bourke Street.

The East Melbourne Synagogue is architecturally significant for being representative of the fine work of noted Melbourne architects Crouch and Wilson. It is also significant for its conventional but imposing Renaissance Revival facade with the unusual addition of the two octagonal domes flanking the central pediment; the survival of an intact bema and tabernacle, and the unusual arrangement of impost blocks over the cast iron columns of the gallery.
Show more
Show less
All information on this page is maintained by Heritage Victoria. Click below for their website and contact details.