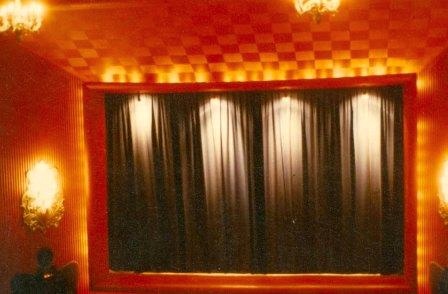 The former Carlton Theatre is significant for its association with a major form of popular entertainment in the twentieth century. The theatre is one of the oldest continually-operating cinema buildings in Melbourne. The building is notable for its intact silent screen (concealed) which is reputed to be the only extant silent screen in Melbourne. The mural paintings that frame this screen are similarly unique. The American-Indian motifs reflect the sense of imagination and fantasy associated with moving picture entertainment. Prior to the conversion of the premises into a picture theatre in 1923-24, the building was an important community gathering place; as a trades club and billiard hall, and later as a Jewish club. The former Carlton Theatre is of historic significance as one of the first Melbourne cinemas in the post-war era to adopt an "art house" program. The theatre, finally, forms an important element of the suburban streetscape and is a prominent local landmark.
Classified: August 1993
Show more
Show less
All information on this page is maintained by National Trust. Click below for their website and contact details.