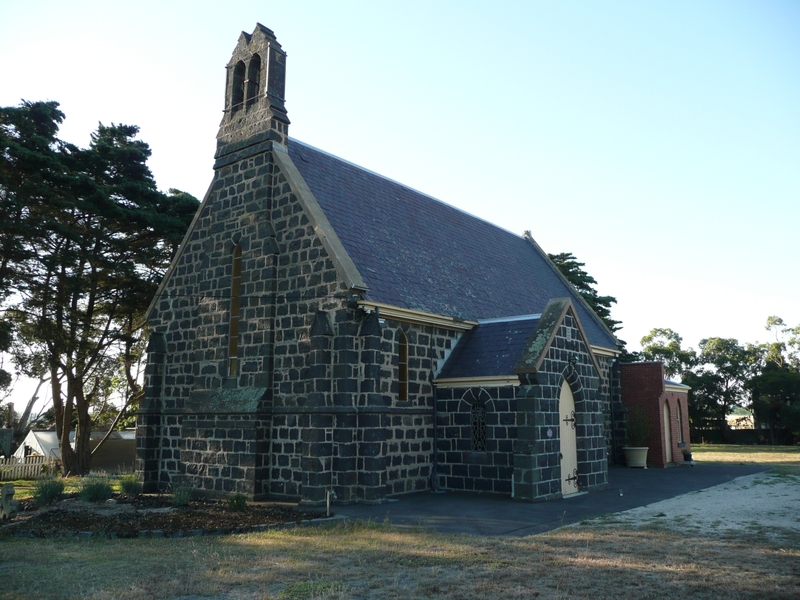 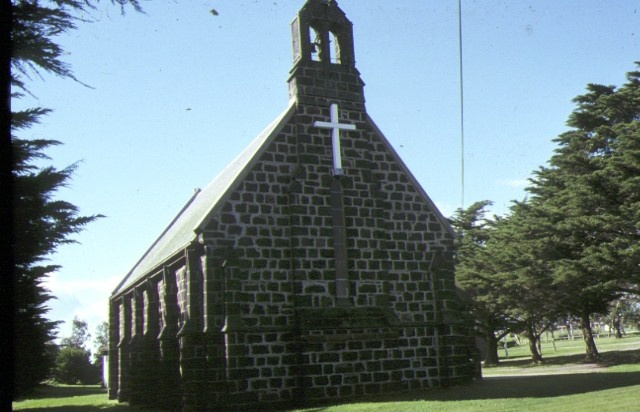 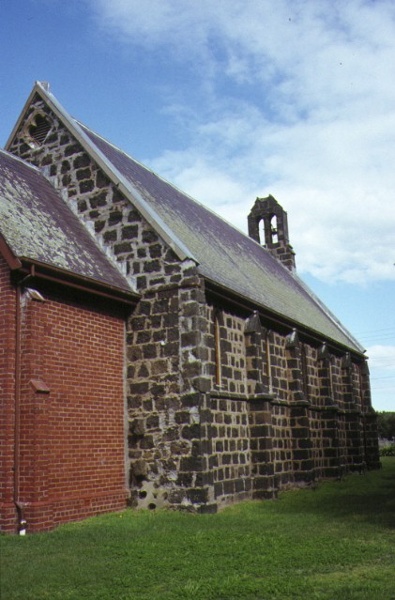 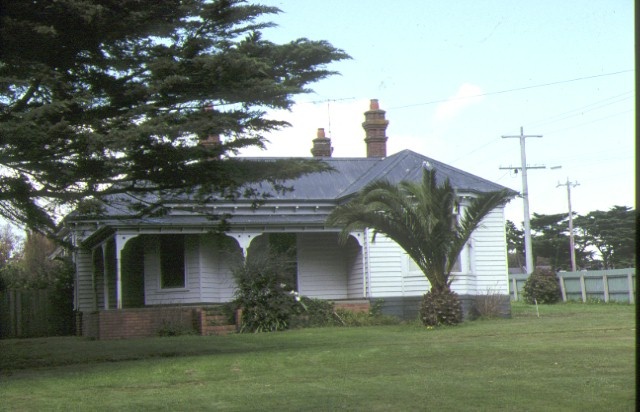 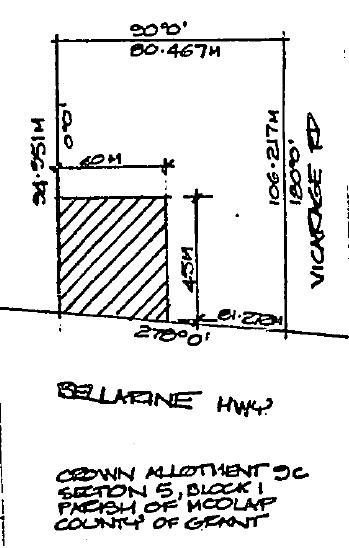 The small bluestone church at Leopold, or the village of Kensington, as it was known originally, was built between 1859 and 1862, from the designs of the distinguished Geelong architect, Edward Prowse. It was identified in Allan Willingham’s study for the Geelong regional commission as of state significance and is on the registers of the national trust and the national estate.

St Mark’s On The Hill is of bluestone in the Early English Gothic style, with a simple rectangular plan and steeply gabled roof of slate. The roof is supported internally on curved timber trusses and is lined with beaded-edge timber boarding. The walls are plastered and there is a timber floor. The red brick sanctuary was added in 1919 and the gabled bluestone entry porch in 1931.

1. It is a good example of a small bluestone western district church based on the design of a typical English village church of the period. This was a most appropriate design for the parish church at Kensington a small rural village in colonial Victoria.

2. It is regarded as one of the finest works of the distinguished Geelong architect, Edward Prowse and one of his most unusual designs. He was an architect who usually designed buildings on a much grander scale, such as the hermitage at Newtown for George Armytage, June (1859-60) and Ingleby Homestead for George Armytage, Senr (1860). Prowse is also thought to have designed the classical bluestone Carranballac homestead at Skipton for the influential Scots pioneer settler Andrew Chirnside in the middle 1860s.

3. Constructed between 1859 and 1862, St Marks On The Hill played an important role in the early history of the Anglican Church in the Geelong district and is regarded as the mother church of Bellarine Peninsula Anglicans.