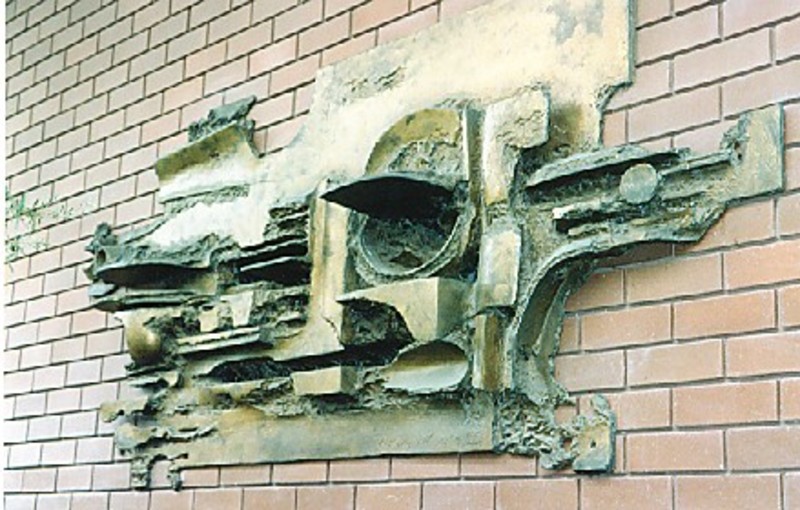 The sculptural relief, Stair Relief, is significant not only for the collaborative architectural interpretation of a creative sculptor designing for a specific site, but also for the artist's innovative use of bronze. Norma Redpath uses lost wax casting of significant dimension and the experience allowed her to shed the traditional concept of the self-contained sculptural form. Stair Relief is a very early example of art and architecture collaboration at the design stage of a building. The respect of each profession for the other realized the potential of both in an aesthetic whole of a quality that is rare in modern building. The scale and set of the sculpture formed a central focus of interest for the whole interior design in its original position in the BP Administration Building at Crib Point. BP was regarded as being ahead of its time in commissioning Redpath to work with Don Fulton, architect for the Administration Building.
Relocated to BP building South Melbourne, relocated again to the McClelland Gallery in 1997.
Classified: 'State' 18/05/1994