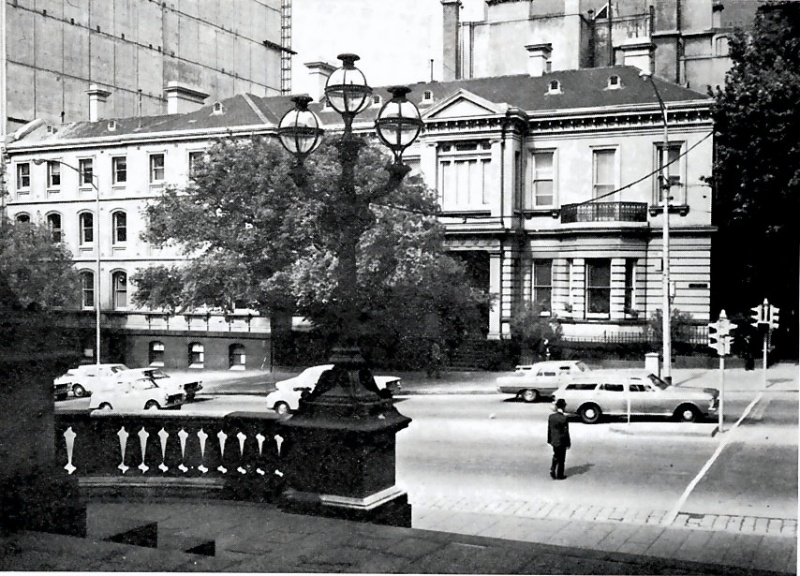 Group Statement of Significance: Group Classification, No 61 Spring Street and Nos 5-9 Collins Street, comprise an important group of buildings framing the vista to the Old Treasury Building, one of Victoria's finest buildings. They are integral elements of the precinct at the top end of Collins Street and the sections of Spring Street around the intersection with Collins Street and leading up to Parliament House. The buildings form a unified group on terms of scale and mass whilst at the same time retaining sufficient variety of volume, skyline and architectural detail to add visual interest to the precinct as a whole and to maintain the individual effect of each building. This group also forms a foil to the early twentieth century buildings opposite which are the solution of that time to this singularly important precinct. The buildings are representative of the residential use which was the traditional land use of this end of Collins Street throughout the nineteenth century. The elaborate Boom Style design on Nos 5 and 7 provides an important contrast to the restrained Conservative Classical design of No 61 Spring Street, whilst No 9 repeats the Conservative manner of 61 Spring Street, although constructed well after Nos 5 and 7.