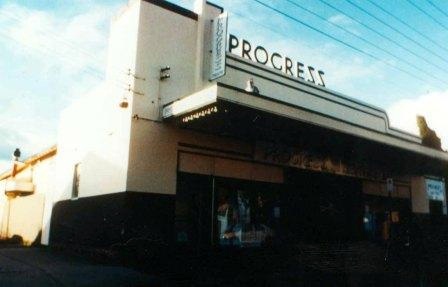 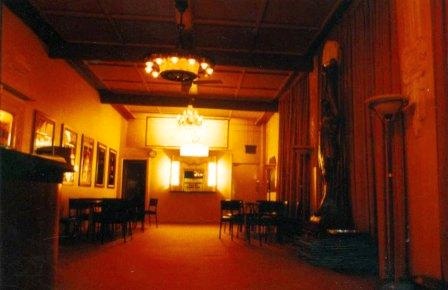 The Progress Theatre, was established in 1927 in an earlier hall which was added to in the 1930's, is of Metropolitan Regional historical and social significance and architectural interest.
The Progress Hall is the only small, suburban hall to have been used continuously, and successfully, for film exhibition in Melbourne and the only permanent cinema in Melbourne constructed of weatherboard. Films were often shown in simple halls in suburban and country areas between the 1910's and 1930's, but this is the only known hall to have become a permanent cinema in the Metropolitan area. It is of local historical importance as a site of popular entertainement in the West Coburg area.
Architecturally, the facade of the theatre is a simple, but striking, example of the streamline moderne. The freestanding metal lettering above the parapet is particularly notable. The theatre, moreover, forms an important visual element of the suburban streetscape and is a local landmark.
Classified: 13/10/1999

File Note July 2010: Sold by progress association in 1998. Used as ballet school since then