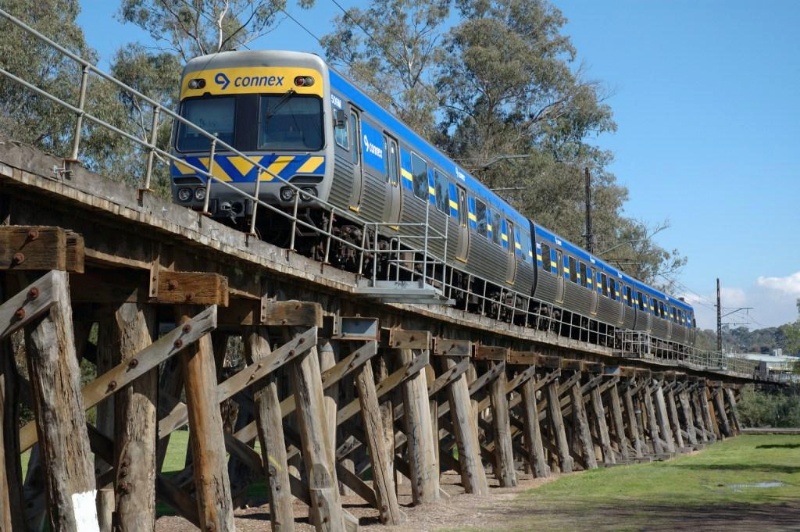 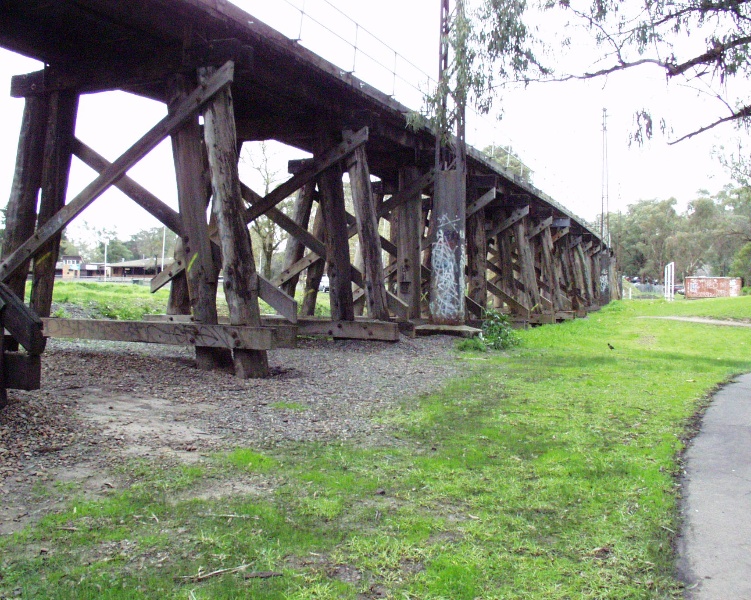 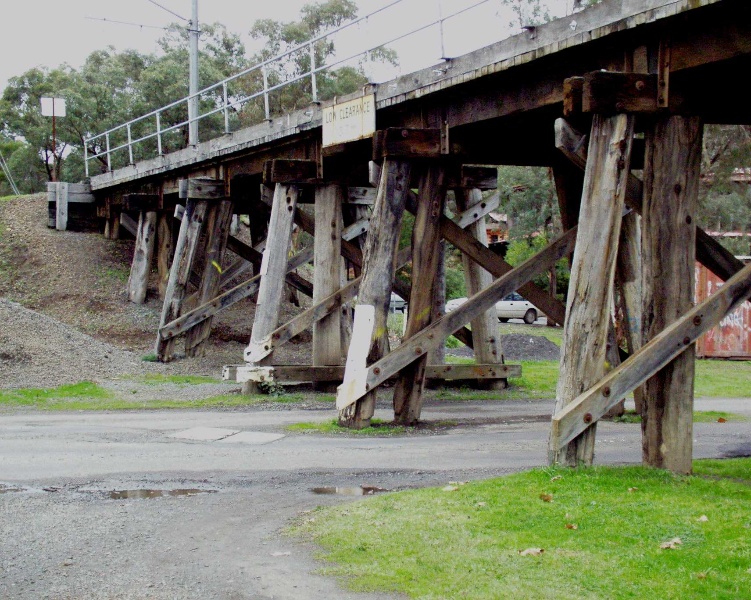 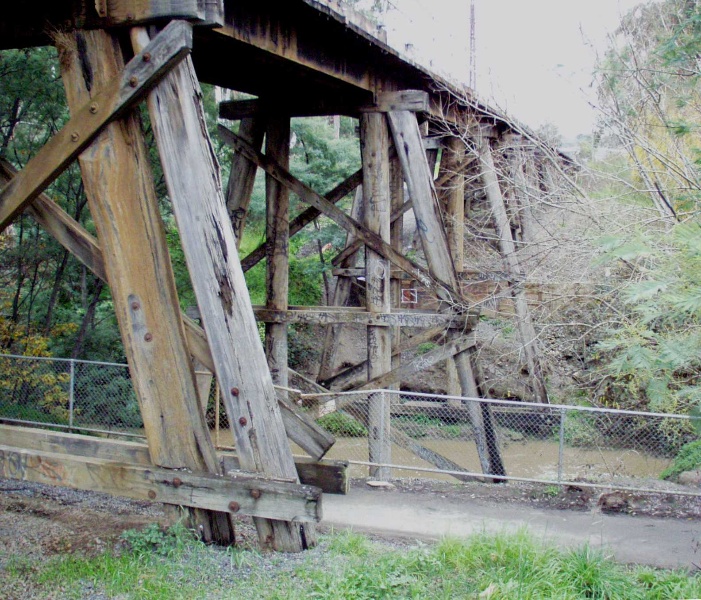 The timber trestle rail bridge at Eltham is historically, scientifically, aesthetically and socially significant at State level. Mainly of timber-pier and timber-beam construction, but varied by a few longer steel-joists spans on timber piers at the main stream channel, this substantial bridge has almost two hundred metres of timber deck. Built in 1902, it is the only railway bridge of predominantly timber construction that is still in regular use as an integral part of Melbourne's metropolitan electric railway network and one of extremely few timber rail bridges in the State that still carry trains.

The bridge over the Latrobe River floodplain near Rosedale, on the Melbourne-Sale railway, is the only substantial all-timber-beam railway bridge still in regular use as a part of the official Victorian railway system. In the vicinity of Melbourne, the only substantial functioning all-timber-beam railway bridge crosses Menzies Creek on the narrow-gauge Puffing Billy Tourist Railway (originally the Gembrook narrow-gauge line). Tall and impressive though that bridge is, it is a very different type of structure to the broad-gauge timber and steel railway bridge at Eltham.

The Eltham rail bridge is a unique and valuable historic relic of an earlier steam locomotive transport era in the Diamond Creek Valley and has long formed an important part of a magnificent Eltham landscape. When built in 1902 it was close to the terminus point of the Heidelberg-Eltham rail extension, on the route of the proposed Diamond Valley Railway that was then planned to continue much further up the valley towards Kinglake. This bridge is situated in attractive river-valley parkland amidst the tall and spreading manna gums and candlebarks of the Diamond Creek Valley. The Alistair Knox Park river-valley landscape, of which the timber trestle bridge is an important visual component, has been classified by the National Trust. Large manna gum and candlebark trees adorn the adjacent creek banks, and historic Shillinglaw Cottage is also part of this much-prized Eltham landscape. This section of the Diamond Creek Valley was the subject of a Walter Withers painting in the earliest years of the twentieth century and has strong historic links with our Heidelberg School of painters.

Apart from its important continuing social function as a carrier of rail transport for the Hurstbridge line, this impressive bridge and its beautiful parkland environs contribute much to the character of Eltham township and that town's special reputation as an historic centre of environmental and conservation concerns.
Classified: 10/11/1998