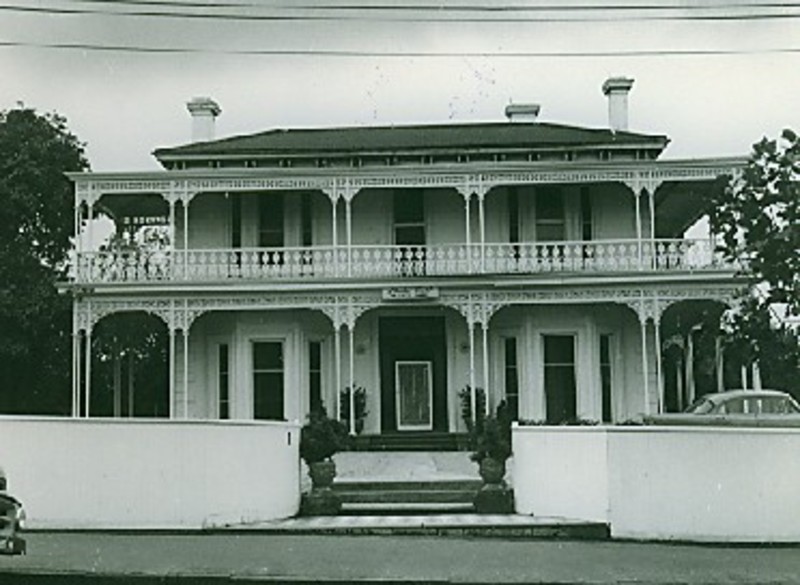 Linden was designed by Architect Alfred Kursteiner and constructed in 1870 for Moritz Michaelis, German-born, Jewish merchant and co-founder of the long established Michaelis-Hallenstein tannery and leathergoods business. The 18 room, stucco rendered, brick mansion, designed in the popular Italianate style, is two storeyed and symmetrically arranged with an encircling double-storeyed cast iron verandah. The verandah features paired columns and has a deep cornice at first floor level. There are bay windows at ground floor level to either side of the central entrance and above the triple window motif is used. Quoins are another feature.
Linden is a notable example of the work of profilic, if undistinguished Architect Alfred Kursteiner and is typical of the mansion house formula of the 1870s. The cast iron verandah is well proportioned and finely detailed and the deep cornice at first floor level is an unusual feature. The use of the bay window and also the triple window motif was not particularly common at this time. The house was occupied by the Michaelis family until 1962 and Linden now stands as a witness to the endeavour of Moritz Michaelis, businessman, benefactor and prominent Hebrew community leader. The house once stood in extensive grounds laid out by the celebrated botanist, William Guilfoyle. Linden is now largely divested of its grounds and has been converted to an apartment house. The exterior is intact. The interior is believed to be essentially intact.
Classified: 17/07/1958