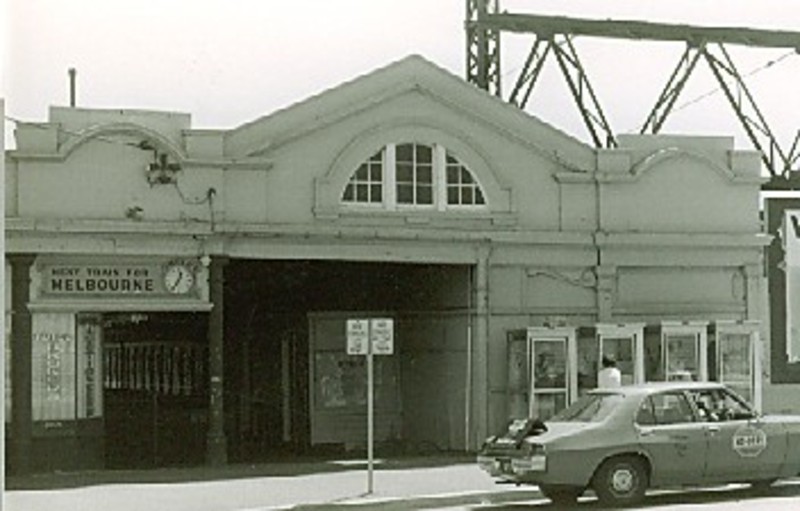 The St. Kilda Railway Station complex, built in 1857, and extended in 1882, is of historical, social, architectural and technical significance at the State level.
The St. Kilda Railway Station complex is of historical and social importance as the oldest railway building in Victoria, and one of the most heavily used. It was the grand terminus of the first solely suburban passenger line in Victoria, presaging the numerous suburban lines built in the following decades. It responded to, and then facilitated the development of St. Kilda as an elite residential suburb in the 19th century, and indicates the extent of Melbourne's suburban development only 20 years after the founding of the colony.
The alterations and additions of 1882 and the 1900s demonstrate its role as a gateway to what had become Melbourne's most popular seaside resort. In the 1920s, the volume of traffic passing through was estimated to be second only to Flinders Street. The part cantilevered verandah on the Canterbury Road elevation of c. 1907 is historically important as the only remnant of the St Kilda to Brighton 'Railway' tram line, which terminated at the station.
The station complex is architecturally significant for incorporating discernible remnants of an early Regency influenced public building, for the elegant and spacious trian hall, and the unusual and impresive Edwardian facade to Fitzroy Street.
The remnant elements of the transverser (the control cabin and the open web iron truss of the train hall) are of technical interest as one of few examples, and the only known example built as an integral part of a passenger station.
Show more
Show less
All information on this page is maintained by National Trust. Click below for their website and contact details.