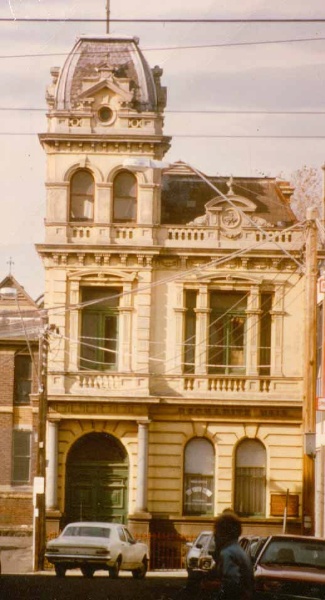 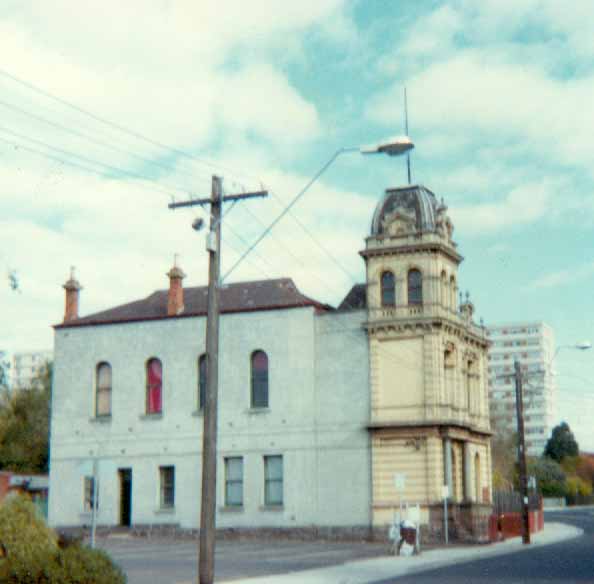 The Rechabite Hall was designed in the second Empire style by the architect, Colin Campbell, and constructed in 1888 by H Slade. When completed, it was claimed "that no Tent in the Order, or indeed any other order, meets in a more sumptuously furnished apartment".
Its grandiloquent stuccoed facade and tower make it a local landmark and the focus of a vista down Carlton Street. The building was closely associated with the prominent politician and landboomer, James Munro. The interior of the main hall in general retains its original Keen's cement wall finish, trabeated wall surfaces, elevated stage and coffered ceiling, all of which contribute to its status as perhaps the grandest surviving Rechabite Hall.
Classified:20/10/1983
Revised: 26/04/1984