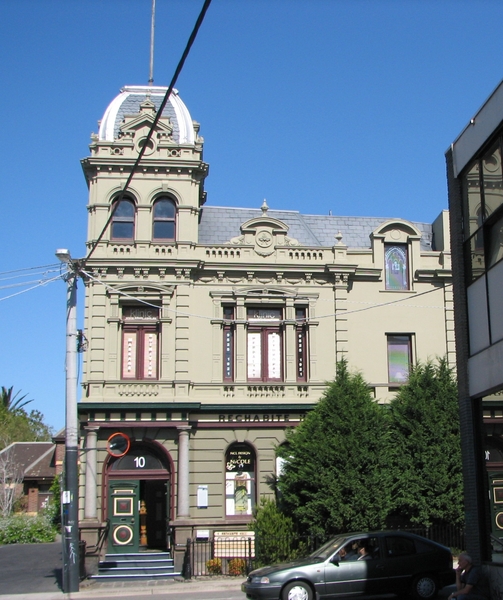 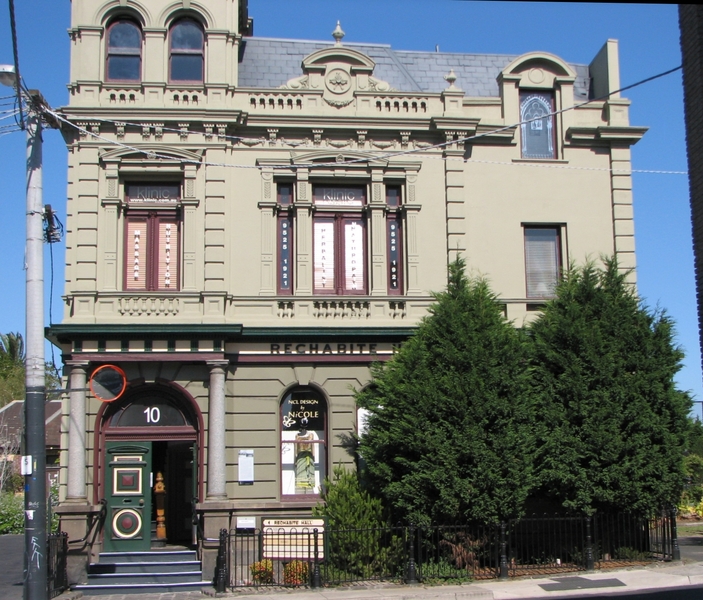 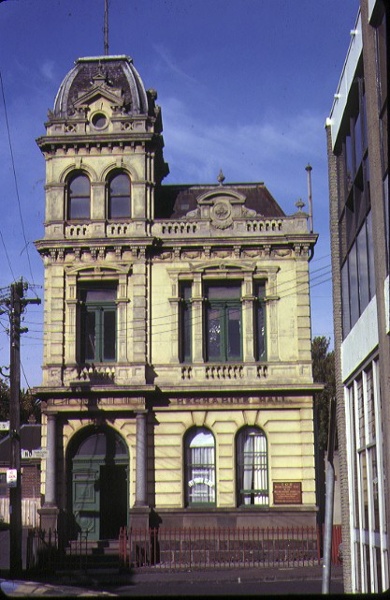 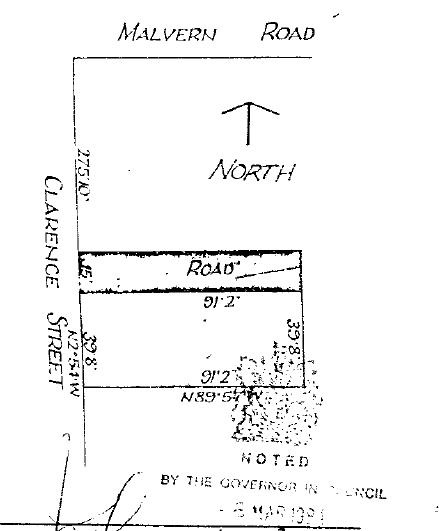 The Former Rechabite Hall was constructed in 1888-1889 to the design of Colin Campbell by the builder Henry Slade. The Hall is a modest-sized building in the Second Empire style, with a large mansarded tower and typical elements such as heavily drafted render on the ground floor (resembling stone), an elaborate tripartite window on the upper floor, decorative elements such as consoles, pilasters and festoons and balustraded parapets broken by eclectic pediments. Bluestone was used for the base courses, and prominence is given to the entrance by a pair of highly polished Harcourt granite columns.

The Former Rechabite Hall is of historical and architectural significance to the State of Victoria.

The Former Rechabite Hall is of historical significance as a rare surviving example of a hall erected by one of the many friendly societies and Temperance movements which played such an important role in 19th-century Melbourne. There is only a handful of such halls remaining in Victoria, and only two or three of them are Rechabite halls. This one is probably the finest surviving example, with particularly distinguished external and internal detailing, reflecting the wealth and influence of the Independent Order of Rechabites (IOR), which was reputedly the wealthiest and most famous of the Temperance organisations. In 1888 the IOR in Victoria claimed to have 10,000 members. The Prahran hall was constructed for the Perseverance Tent No.34 of the IOR at a cost of nearly ₤4,000. It replaced an earlier 1871 Prahran Rachabite Hall on the site. The Rechabites, like other similar organisations, served as a mutual assistance and moral improvement organisation, advocating abstinence, paying sick leave to its members, and arranging mortgages for members to help them purchase properties. The cooperative and supportive role of the Rechabites was emphasised by the fact that the contractor, Clerk of Works, designers of the furnishings and suppliers of the gasoliers and brackets for this building were all members of the Order.

The Former Rechabite Hall is of historical significance as a symbol of the influence of the temperance movement, and particularly of one of its most notable members, James Munro.

By the late 19th century the temperance movement had a significant influence on Victorian political and social life, with a number of prominent politicians active in temperance organisations. James Munro (1832-1908) was one such politician who used the Prahran Rechabite Hall as his power base in the Rechabite Order. One of the best known of the land boom generation of developers and politicians, Munro was premier of Victoria prior to the collapse of his personal fortunes and bankruptcy in 1893. As Victorian District Chief Ruler of the Order, his career exhibited the close ties between Temperance organisations, building societies and land speculation that underlay the boom of the 1870s and 1880s. The substance and style of the Prahran Rechabite Hall are clear indicators of the prominence of the Prahran Tent of the Order.

The Former Rechabite Hall is of architectural significance as an outstanding example of the work of Colin Campbell, and, with its elaborately decorated facade, as a notable local landmark since 1889, and an important component in the vista from Carlton Street.