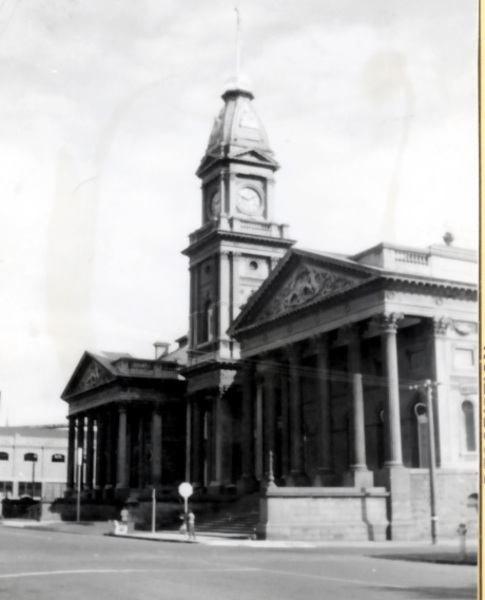 The Fitzroy Town Hall was erected in two stages. The first stage comprising the Hall wing and a tower was constructed in 1873 by Nation Co. The architect was W J Ellis. The second stage, 1887-90 resulted in the present building. It included extensions to the hall and new municipal offices, library, Court House and Police Station. The original tower was demolished and a centrally located tower took its place. The contractor was J Moore, the architct G Johnson.

The Fitzroy Town Hall embodies the highest standards of a style and building type which epitomizes the Victorian age and is an important work of both architects. Its grand corinthian porticos and temple forms echo imperial Rome and with the clock tower present an unusual composition. The Court House entrance is a feature of the exterior and is a fine example of one of Johnson's favourite motifs. The building's freestanding form, fine interiors and multitude of prominent foundation stones are also distinctive.

The lamp standards at the portico entrances could be restored.