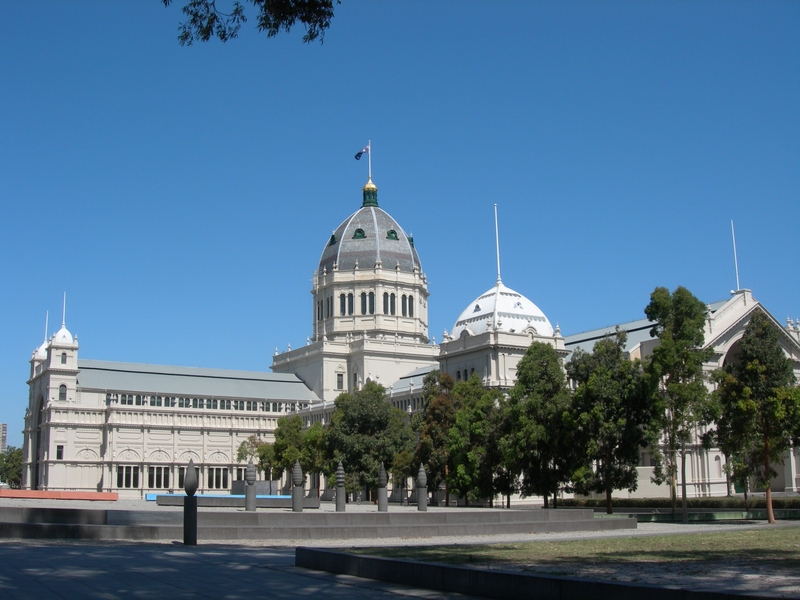 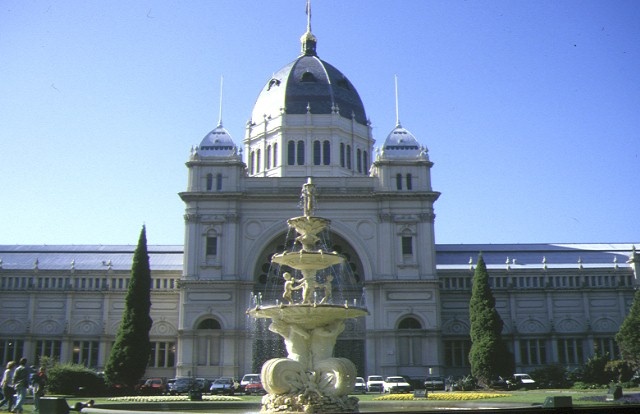 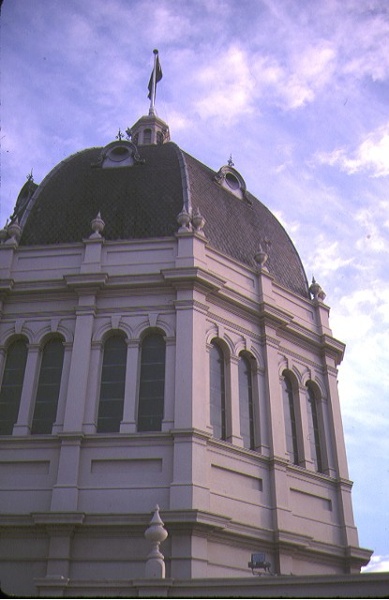 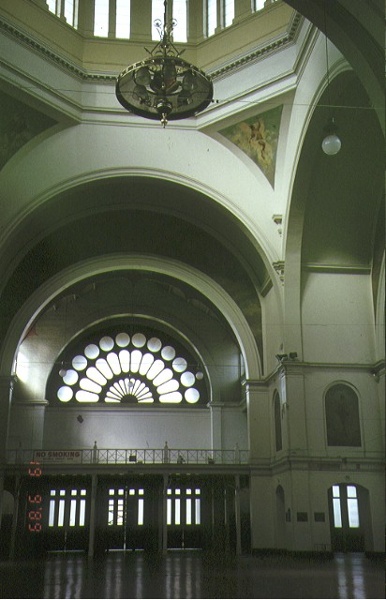 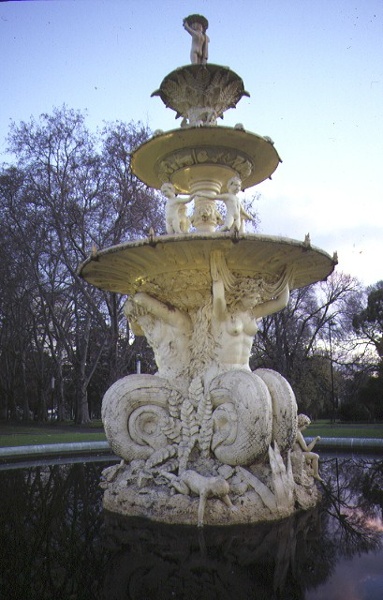 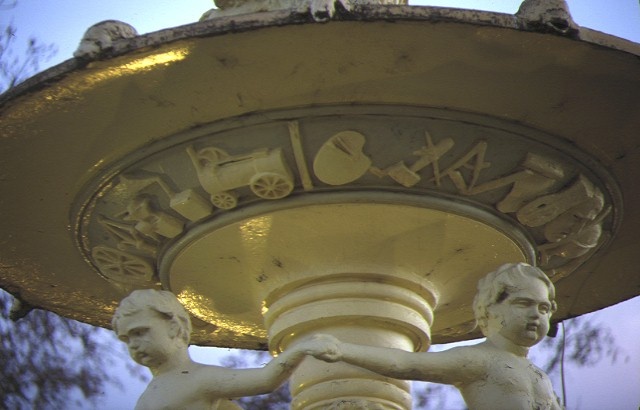 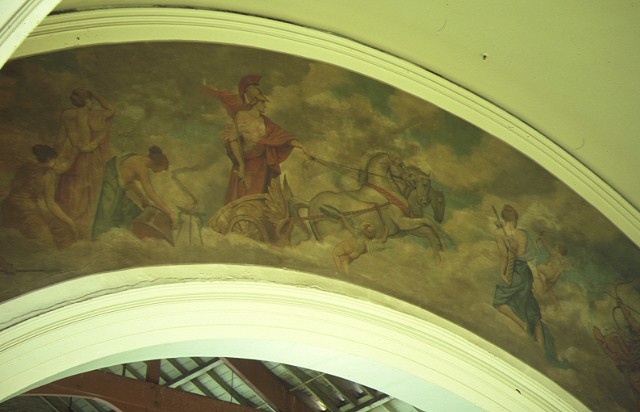 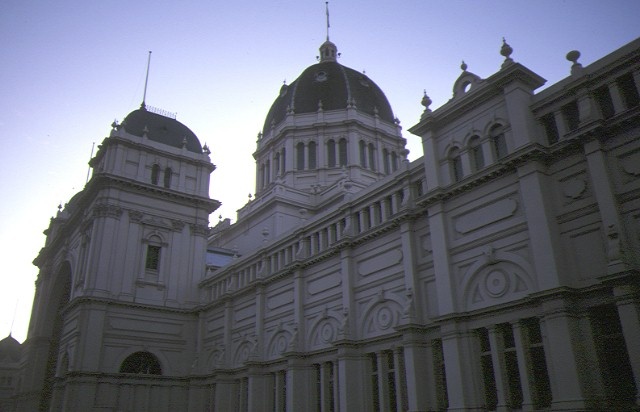 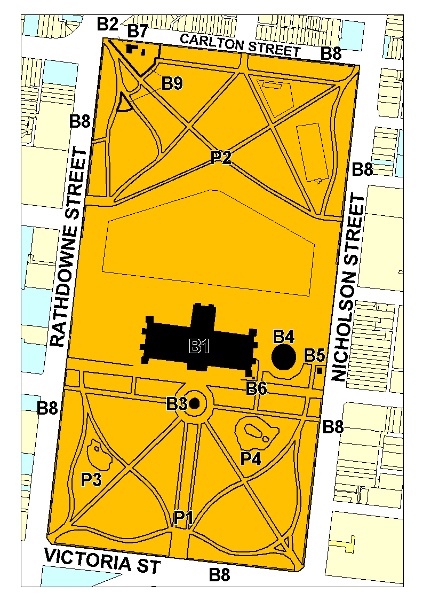 The site was inscribed under Criterion (ii) of the Operational Guidelines for the UNESCO World Heritage Convention (1972) as follows:

The Royal Exhibition Building and the surrounding Carlton Gardens, as the main extant survivors of a Palace of Industry and its setting, together reflect the global influence of the international exhibition movement of the 19th and early 20th centuries. The movement showcased technological innovation and change, which helped promote a rapid increase in industrialisation and international trade through the exchange of knowledge and ideas.

Statement of Significance to the State of Victoria

What is significant?
The Royal Exhibition Building was constructed in 1879-1880 to house the International Exhibition of 1880. It is the only major extant nineteenth century exhibition building in Australia and one of only a handful remaining world wide. It is set within the Carlton Gardens, one of Melbourne's finest public parks. The design by noted architect Joseph Reed was awarded first prize of £300 in an architectural competition. The successful tenderer was David Mitchell at a price of £70,257. Governor Sir George Bowen laid the foundation stone on 19 February 1879 and the main building was ready for the opening of the International Exhibition on 1 October 1880. Temporary annexes to house some of the exhibition were demolished after the exhibition closed on 30 April 1881. The subsequent 1888 Centennial International Exhibition was one of the largest events staged in Victoria's history. By the turn of the twentieth century the buildings and environs had become a combination of concert hall, museum, art gallery, aquarium and sports ground. The Royal Exhibition Building played an important role in Federation. On the 9 May 1901 the Duke of York presided over the opening of the first Federal Parliament, and from 1901 to 1927 the western annexe was used as a temporary State Parliament while the new Federal Parliament occupied the Victorian Houses of Parliament. In 1919 the buildings became an emergency hospital for influenza epidemic victims and during the Second World War were used mainly by the RAAF. From 1948 to 1961 part of the complex was used as a migrant reception centre. The Royal Exhibition Building was still widely used in the post-war era for popular exhibitions such as the Home Show. The building is cruciform in plan with the nave known as the Great Hall on the main east-west axis. The main dome is 60 metres high and sits over the crossing of the nave and transepts. The southern transept, which contains a 13 metre wide semi-circular fanlight and is flanked by two towers, forms the main entrance. The decorative scheme by John Anderson for the opening of Federal Parliament saw the dome was decorated in imitation of the sky and the pendentives adorned with murals. An unusual and interesting aspect was the decorated exposed roof trusses throughout the building. The decorative scheme, hidden under layers of paint, was recovered and restored in a major renovation in the 1990s. In 2001 the Royal Exhibition Building hosted centenary celebrations of the opening of the first Federal Parliament. On 1 July 2004 the Royal Exhibition Building was inscribed on the World Heritage List.

Superintendent Charles La Trobe first planned the 26 hectare site of the Carlton Gardens in 1839 as part of the green belt encircling Melbourne which included Batman Hill, Flagstaff Gardens, Fitzroy Gardens, Treasury Gardens and the Domain. The original layout of the gardens was by Edward La Trobe Bateman and dates to 1856. Further redesign and planting took place under the direction of the State's leading landscape designers and horticulturists, including Clement Hodgkinson, William Sangster, Nicholas Bickford, John Guilfoyle and architect Joseph Reed. Reed and Sangster, who was also a nurseryman, worked in conjunction to ensure a suitable setting for the building, planning gardens, paths, entrances and other features. As well as the Royal Exhibition Building and the 1891 Curator's Lodge, first lived in by John Guilfoyle, the gardens contain three important fountains: the Hochgurtel Fountain, designed for the 1880 Exhibition by Joseph Hochgurtel; the French Fountain; and the Westgarth Drinking Fountain. The original perimeter fence was removed in about 1928 leaving only a small remnant and all of the bluestone plinth. The Melbourne Museum, designed by architects Denton Corker Marshall and constructed in the gardens immediately to the north of the Royal Exhibition Building, opened in 2000.

How is it significant?
The Royal Exhibition Buildings and Carlton Gardens are of historical, architectural, aesthetic, social and scientific (botanical) significance to the State of Victoria.

Why is it significant?
The Royal Exhibition Building is historically significant as the only major extant nineteenth century exhibition building in Australia. It is one of the few major nineteenth century exhibition buildings to survive worldwide. Together with the associated landscaped gardens, the building forms one of the major surviving nineteenth century exhibition precincts in the world. The building demonstrates the wealth and confidence of the colony of Victoria in the late 1870s. It has been the stage for highly significant and historic national events, including the Melbourne Exhibition of 1880, the Centennial Exhibition of 1888, the opening of the Federal Parliament in 1901 and as the venue for the Victorian State Parliament from 1901 until 1927. The decorative scheme by John Anderson for the opening of Parliament in 1901 is of historical and aesthetic significance and is among the finest public art works in Victoria.

The Royal Exhibition Building is architecturally significant as one of the finest and largest nineteenth century buildings in Australia. The stylistic choice of Renaissance motifs and the modelling of the dome on that of Brunelleschi's Florence Cathedral is emblematic of the sense of confidence of the young colony of Victoria in 1880. The Royal Exhibition Building is architecturally significant as the largest design carried out by renowned Melbourne architectural firm Reed and Barnes, who were responsible for many of Melbourne's most prestigious public buildings, including the Melbourne Town Hall and the State Library.

The Carlton Gardens, the setting for the Royal Exhibition Building, are aesthetically significant for their nineteenth century 'Gardenesque' style featuring specimen trees, parterre garden beds, in a symmetrical design with the use of axial views and foci. The landscape features outstanding tree avenues, rows and specimen trees on the lawns, a curator's lodge, two lakes with islands, shrubberies and elaborate annual bedding displays along the southern promenade. The nineteenth century path layout is enhanced by magnificent avenues of trees, including the grand avenue of 26 Plane trees which frames the Exhibition Building dome, Elms, Cedar, White Poplar, English Oak and an uncommon avenue of 35 Turkey Oaks. Carlton Gardens is notable for the creative achievement demonstrating skilful garden design, and a landscape character which features plantings of Pines, Cedar, Araucaria, Cypress, Gums, Figs, Pepper trees, Elms, Planes, Oaks, Poplars, Canary Island Date palms and Washington palms, that display contrasting colours and forms which enhances the Gardens, Royal Exhibition Building and the local urban area. Josef Hochgurtel's Exhibition Fountain of 1880 is the only known work of the artist in Australia and is historically significant as an expression of civic pride in Victoria's emerging international importance. Hochgurtel's fountain is the largest and most elaborate fountain in Australia, incorporating frolicking putti, fish-tailed Atlantes, goannas, platypus and ferns. The fountain and the 'Grand Allee' lined with Plane trees is integral to the setting of the Royal Exhibition Building.

The Carlton Gardens are of scientific (botanical) significance for their outstanding collection of plants, including conifers, palms, evergreen and deciduous trees, many of which have grown to an outstanding size and form. The elm avenues of Ulmus procera and U. x hollandica are significant as few examples remain world wide due to Dutch elm disease. The Garden contains a rare specimen of Acmena ingens (only five other specimens are known), an uncommon Harpephyllum caffrum and the largest recorded in Victoria [Removed Sept 2010], Taxodium distichum, and outstanding specimens of Chamaecyparis funebris and Ficus macrophylla, south west of the Royal Exhibition Building.

The Royal Exhibition Building and the Carlton Gardens are of social significance for their continuing involvement in the lives of Victorians. The buildings have hosted countless major exhibitions as well as other community uses such as an influenza hospital, wartime military use, migrant reception centre and a venue for several events during the 1956 Olympic Games. The gardens have been enjoyed by visitors for passive recreation, entertainment and social interaction and have been the venue for the successful International Flower and Garden Show.