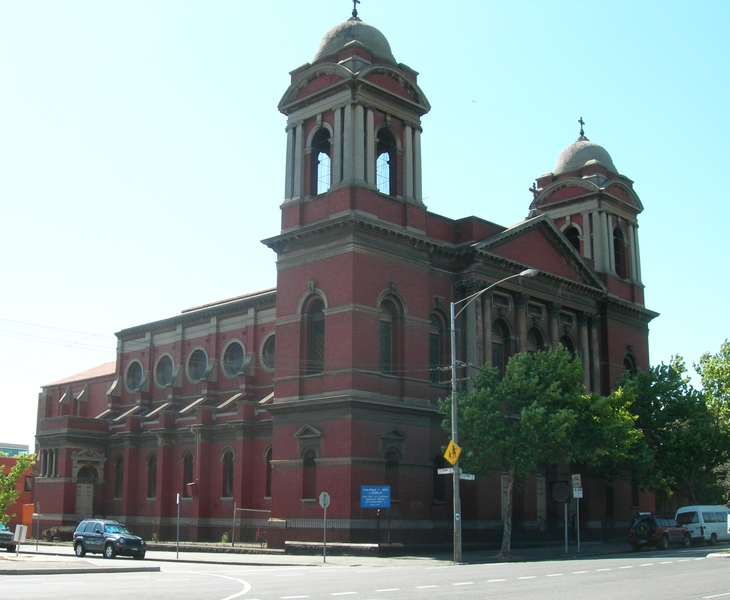 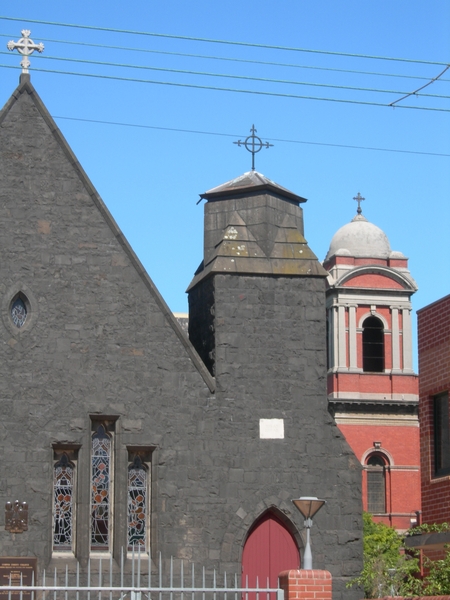 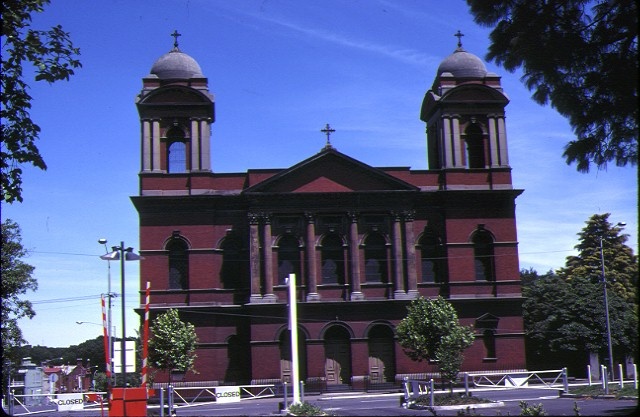 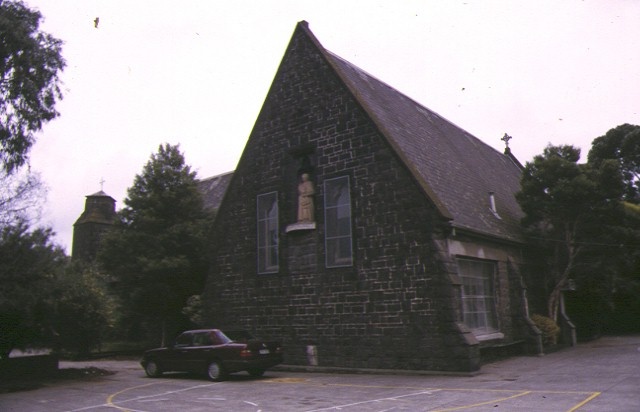 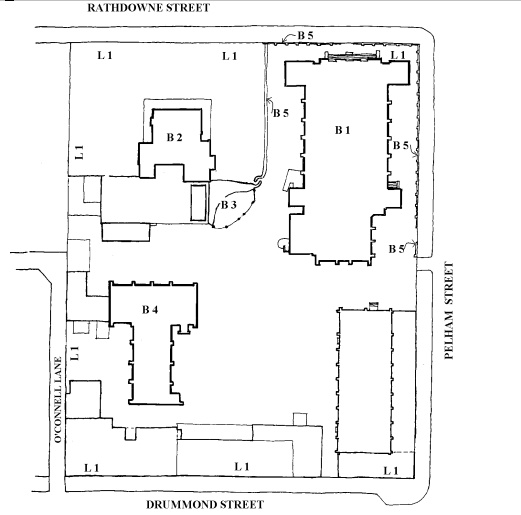 What is significant?
The Church of the Sacred Heart Complex comprises the former St Georges Church and School, the former Church of the Sacred Heart (now Our Lady of Lebanon), the presbytery and Our Lady's Grotto. The bluestone St Georges Church was built in 1855-6 to the design of architects George and Schneider. The land bounded by Rathdowne, Pelham and Drummond Streets had been reserved in 1853 at the request of the Very Reverend Dr P B Geoghegan of the order of St Francis and permanently reserved in 1862. Originally consisting simply of a nave and tower, the transepts and apse were added in 1866 to an unknown design. Priests from St Francis Church in Lonsdale Street served from 1855 to 1881 when a separate parish of Carlton was formed. The parish presbytery was designed by prominent Melbourne architects Reed and Barnes in 1881 and constructed in 1882 by Carlton contractor George Richardson. Following the erection of St Georges Hall and Schoolroom in the south east corner of the site in 1883-4, it was decided in 1886 to erect a large new church with the older bluestone building reverting to its original use as a school. The new church was designed by Tappin Gilbert and Dennehy and constructed in 1897-99 of red brick with unpainted cement render dressings in the Baroque style. A chapel and large dome were proposed in the original design but never constructed. The remarkable interior decoration is by A F D Cavallaro who arrived in Australia from Italy in 1899. The altar in the new church was relocated from St Patricks Cathedral where it had been originally installed in 1868. In the 1930s and 1940s the Church of the Sacred Heart became a primary focus for Carlton's Italian community, and this continued into the 1960s. Our Lady's Grotto, also known as the Marian Grotto or the Lourdes Grotto was erected in the grounds of the church by volunteers in 1941 to the design of the Italian priest of the day Reverend Father Modetti.

How is it significant?
The Church of the Sacred Heart Complex is of historical, architectural, aesthetic and social significance to the State of Victoria.

Why is it significant?
The Church of the Sacred Heart, although never completed, is of architectural significance as one of the first and finest full blown red brick Baroque church designs in Victoria, and the second classically styled Catholic church built in Victoria. The interior is of aesthetic significance for exhibiting a richness of decoration particularly the paintings by A F D Cavallaro, executed on canvas and then fixed to the elliptical barrel vaulted ceiling. The encaustic tiled floor by the Australian Tessellated Tile Company, stained glass by Hardman of Birmingham, and Brooks Robinson of Melbourne, Stations of the Cross by J Hennessey, and altar decorated by Ferguson, Urie and Lyon are also important elements. The Presbytery is a fine, relatively intact and representative example of a presbytery building of the late nineteenth century, designed by prominent and distinguished architects Reed and Barnes.

The former St Georges Church and School is of historical significance as an early example of a building intended to take advantage of government funding for denominational schools. It is also of historical importance as a reflection of the expansion of Melbourne at the time and of the efforts of the Catholic church in the early 1850s to provide for Catholics outside the city area.