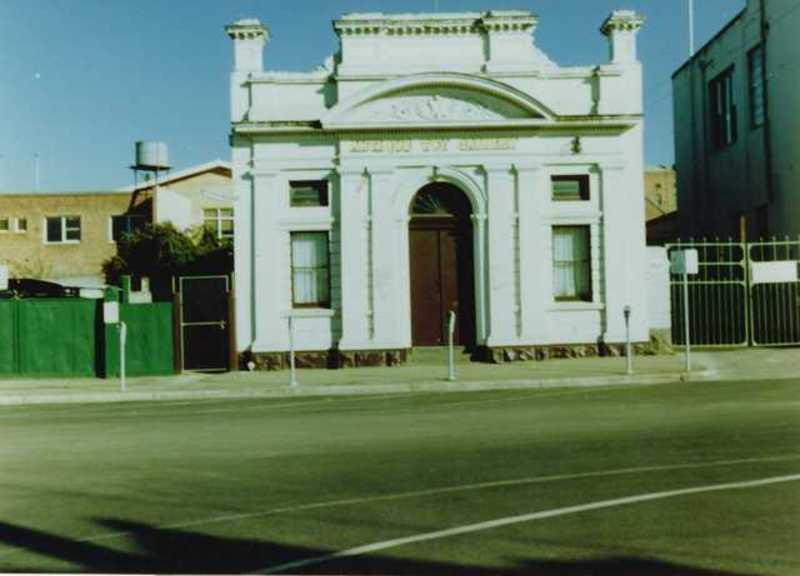 The former Protestant Hall, a Masonic Hall of the Loyal Orange Lodge, built in 1898 to the design of G W Clegg, has a suppressed Roman Baroque facade, simplified and pilastered, with the chimneys incorporated into the parapet composition as classical pedestals.
Classified: 'Regional' 05/09/1985
Revised: 03/08/1998

Correct Date: 1871 (as shown on the building) NOT 1898 Correct Architect: Edward James (not G.W. Clegg) Originally called 'Societies' Hall', the foundation stone was laid on 1/7/1871. An account of the laying of the foundation stone, which provides the name of the architect is in The Ballarat Courier 3/7/1871 page 2.