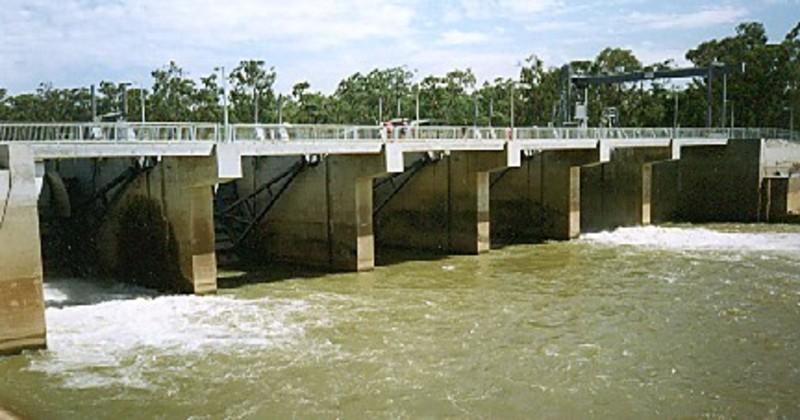 The Torrumbarry Weir and Lock complex is of State significance for the following reasons:
1. The weir was designed by J S Dethridge, a prominent Victorian water engineer, and together with the Mildura Weir of similar design it is the only Australian designed weir and lock on the Murray. The unique feature of the design is that the weir can be completely removed from the river in times of flood, and this represents a local response to the peculiar characteristics of this river system.
2. The weir and lock have an important association with the development of irrigated farm settlement in the Kerang to Swan Hill region in Victoria, and with the role of the Murray in providing transportation to inland Victoria and New South Wales.
3. It was the second major structure to be constructed to enable regulation of the Murray River, and the first to be constructed with the principal purpose of improving irrigation. It was also the first structure constructed on the Victoria-New South Wales section of the Murray.
4. It is still in operation today essentially unaltered from its original form, with the exception of damage sustained in the (1992) collapse of part of the weir. The steel trestles, timber stop logs and steam driven winch are all utilised exactly as built.
Classified: 16/03/1994