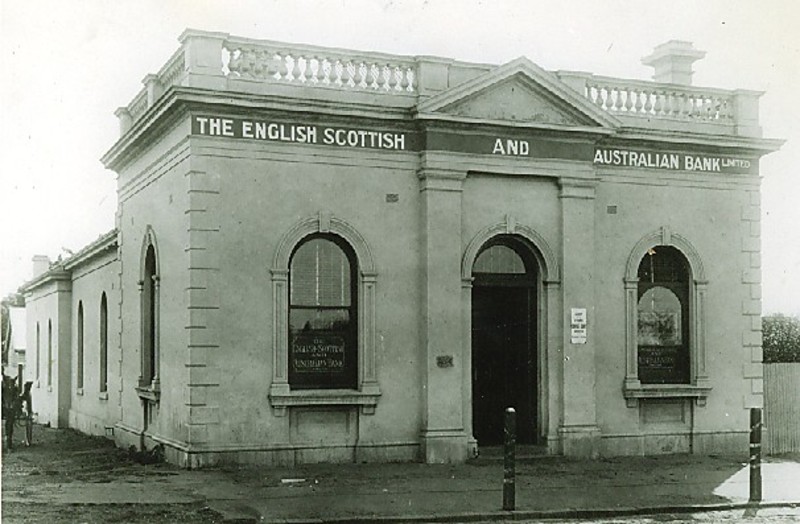 The former London Chartered Bank at Ondit, now Beeac, was erected in 1888 to conservative classical designs by Colac architect Alexander Hamilton. Built of cement rendered brick on a dressed bluestone plinth, this small country bank is imposingly ornamented with moulded architraves, balustraded parapet and central door and pedimented entablature. A large residence is located at the rear of the banking chambers.
The former London Chartered Bank reflects the prosperity of this rich grazing and pastoral district in the late 19th century. It is a noted work of Alexander Hamilton, a self trained architect and former Scottish millwright, and is in a conservative classical style characteristic of his practice. The bank is appropriately monumental in scale with an impressive facade to the wide Main Street of Beeac.
The former London Chartered Bank of Australia, and more latterly the E.S. & A. Bank is maintained in reasonalbe condition and is essentially intact.
The facade has been inappropriately painted.
Classified: 09/07/1959