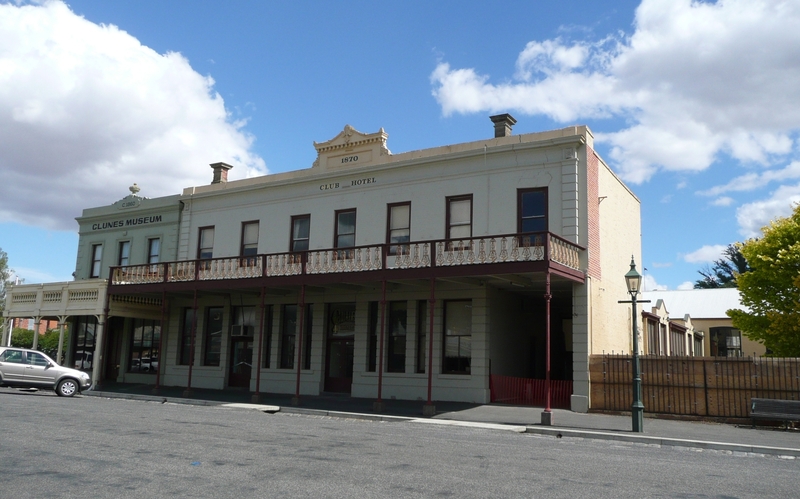 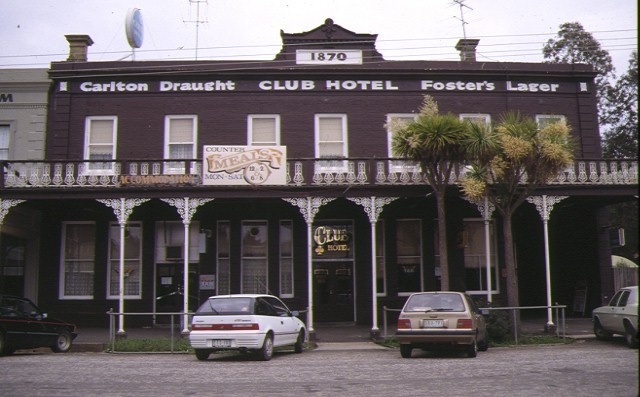 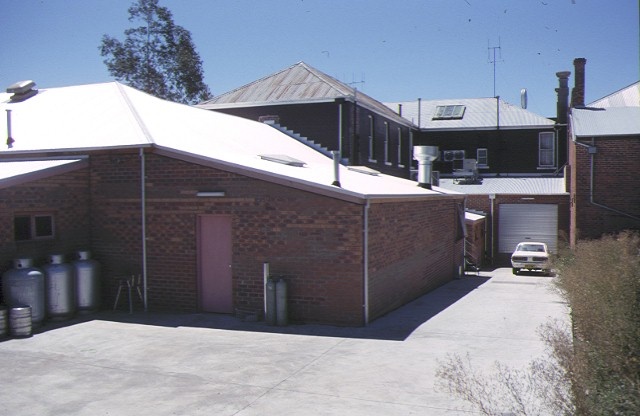 What is significant?
The Club Hotel, Clunes was built in the commercial centre of the town in 1870, one of a number of hotels constructed in Fraser Street in the late 1860s and early 1870s. Gold was first discovered in Clunes in 1851, and the township began to prosper after the establishment of quartz mining in the vicinity in the mid-1850s.

The first commercial businesses developed near the mines on low-lying, flat land adjacent to the creek, however the township developed on higher land which was surveyed in 1858 and first sold in 1860. Substantial businesses were subsequently established on this land, particularly in Fraser Street, and by 1869-70 much rebuilding was taking place. The Club Hotel was constructed by owner and occupier, Griffin Wiles, in the middle section of Fraser Street in 1870, which developed as the main business centre of the town during Clunes' peak of prosperity. The site contained the hotel building, stables and shop. It would appear likely that the present stables building also dates from this period of construction.

The Club Hotel is a two storey, rendered brick building with simple parapet and central pediment. The essentially symmetrical facade has seven bays of double hung windows at first floor level. These replaced original double doors which provided access to the balcony. Slender cast iron columns with decorative brackets are coupled across the facade, supporting the balcony with swag bellied cast iron balustrade panels. The original carriageway has been retained at street level.

How is it significant?
The Club Hotel, Clunes is of historical and architectural significance to the State of Victoria.

Why is it significant?
The Club Hotel, Clunes is of historical significance for its association with the gold rush period and the subsequent development of the colony. As one of a number of hotels built in Fraser Street at the peak of development of Clunes, it is illustrative of the substantial development that took place as a result of the gold rush.

The Club Hotel, Clunes is of architectural significance as a representative example of mid-nineteenth century hotel architecture in Victoria. As the largest commercial building in the main section of Fraser Street, it is notable for its trafficable verandah and cast iron balustrading. The incorporation of the carriage drive and retention of early stables is of importance.