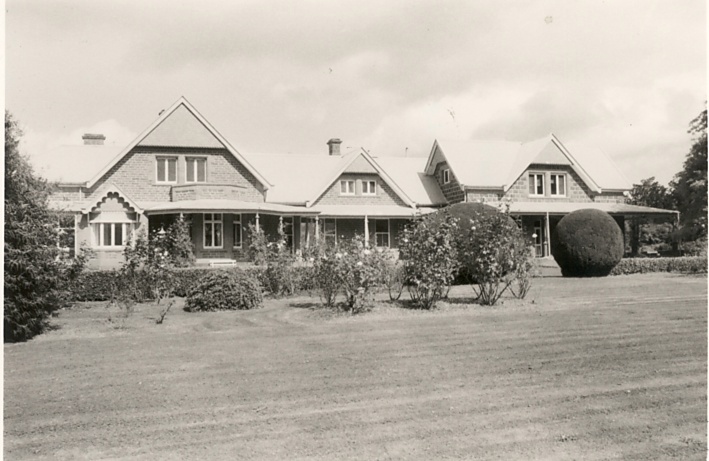 The pastoral run Purrumbete was established in December 1838 by John and Peter Manifold following earlier attempts at settlement near Geelong (1836-38) and Van Diemen's Land (1831-36). The first slab hut at Purrumbete was replaced in 1842 with a primitive bluestone and weatherboard house later integrated into a larger building of the 1850s and finally extensively remodelled and extended in 1901 by architect Guyon Purchas, with Art Nouveau carving by Robert Prensel.
Purrumbete is the earliest established pastoral run in the Shire of Hampden and one of the oldest properties in Victoria which has been occupied firstly by influential early colonist John Manifold and then by successive generations of descendants since 1838. The family is recognised for their benefactions and contribution to the development of the Camperdown district. The homestead is a distinguished design of Guyon Purchas and most notable for the splendid Art Nouveau interiors and important historical murals painted by Walter Withers in 1901.
Purrumbete is meticulously maintained and preserved intact.
Classified: 13/02/1964