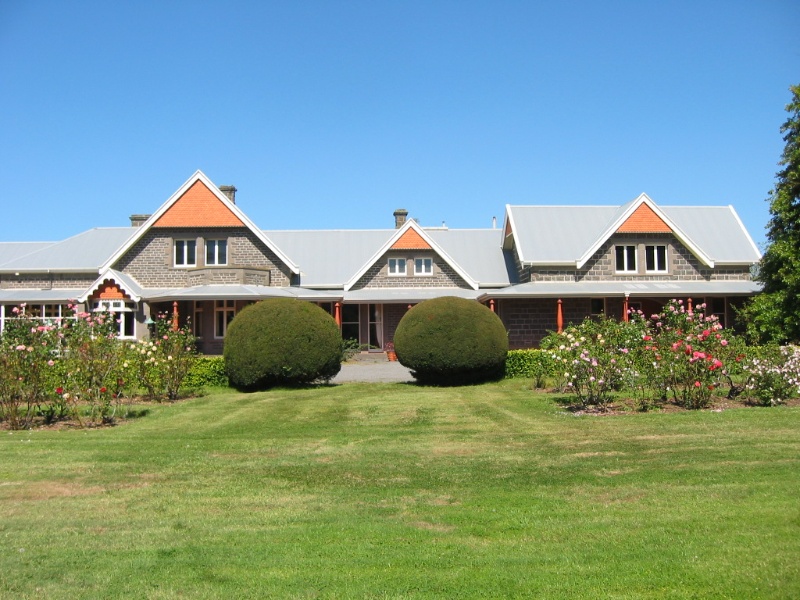 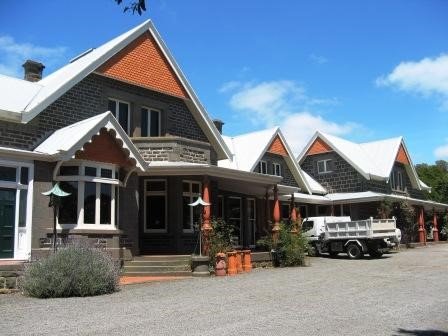 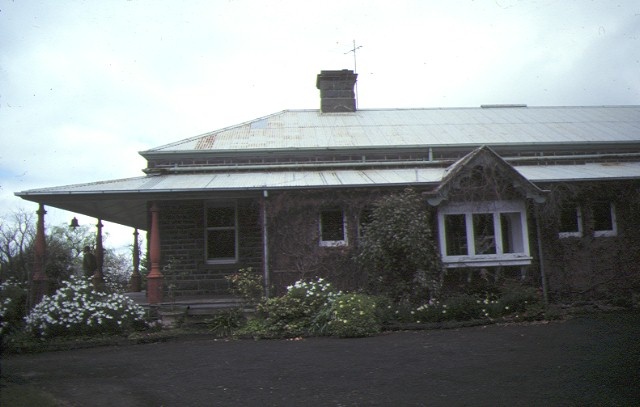 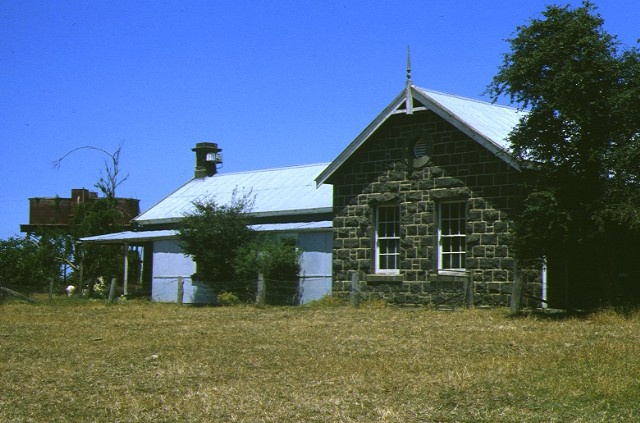 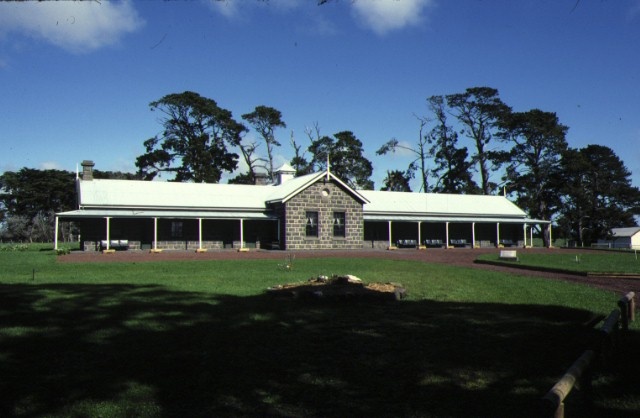 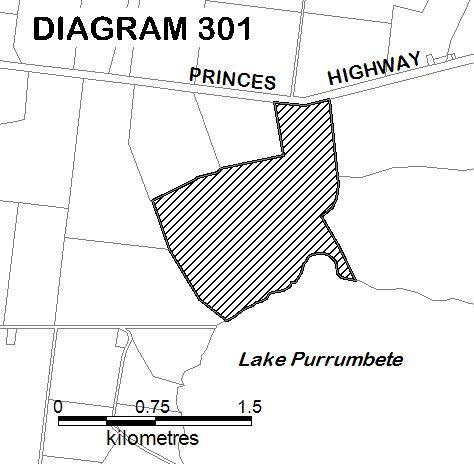 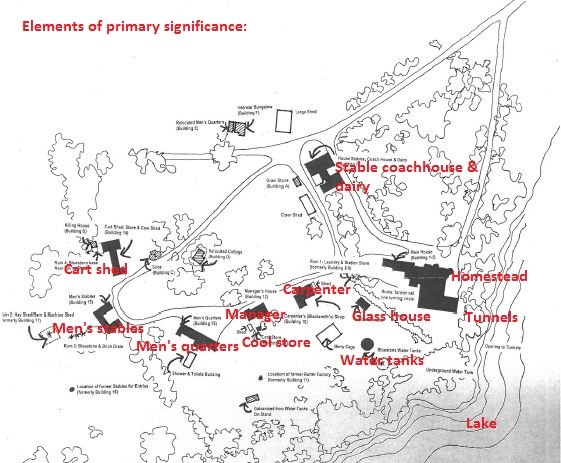 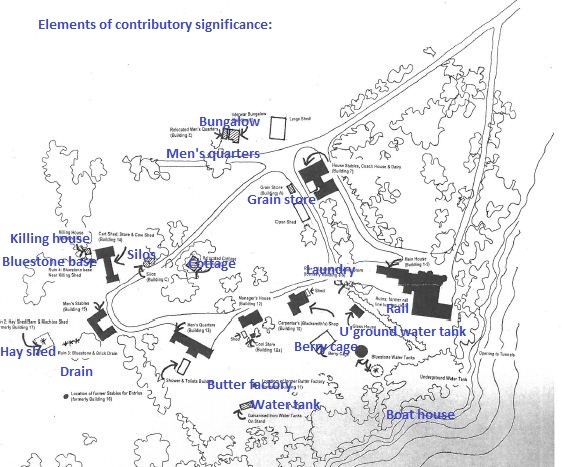 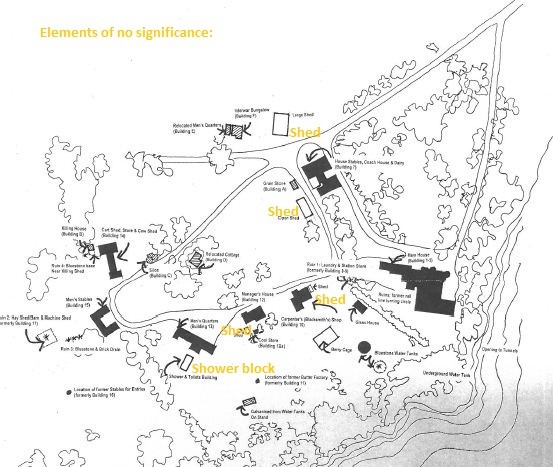 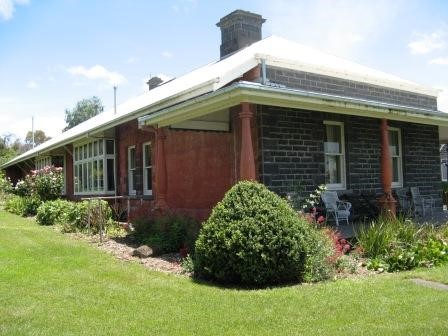 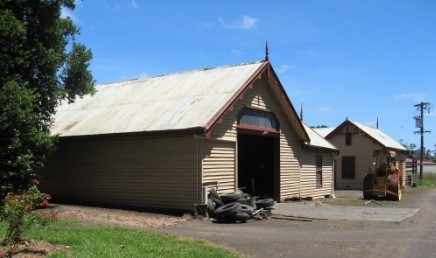 History Summary
Purrumbete was established by the brothers John and Peter Manifold in 1839, when they became squatters on the land around Lake Purrumbete. During the nineteenth century the Manifold family became one of the largest landholders in Victoria, and Purrumbete developed into a substantial and prosperous farming complex, accommodating the growing demands of cattle, sheep and later bullock and dairy farming. A small house was first constructed on the site of the present homestead in 1842, and in 1857-1860 a large bluestone wing was added, part of which remains. Major additions which doubled the size of the homestead were made in 1882 to designs by the Camperdown architect, Alexander Hamilton. The resulting single storey bluestone Italianate style house included a verandah with elaborate ironwork and an extensive cellar. In 1884 an elaborate conservatory was constructed at the western end of the house. By the early 1890s at least twenty outbuildings had been constructed at Purrumbete, all built in timber except for the bluestone men's quarters. The Manifolds made good use of the lake as a water resource, and installed an advanced water reticulation system. In 1901 the architect Guyon Purchas designed major alterations and additions to the house, resulting in an unusual Federation Arts and Crafts style building, with remnants of the earlier building phases retained. The most significant changes were made to the main rooms along the north front, which were rebuilt with outstanding Art Nouveau interiors. After the First World War, much of the Manifold family landholdings were sold for soldier settlement. Successive generations of the Manifold family lived at Purrumbete until 1983.

Description Summary
Purrumbete is a 170 hectare farm complex in a landscaped lakeside setting. It includes a large homestead in a Federation Arts and Crafts style, located in an elevated position overlooking Lake Purrumbete. The house contains outstanding Art Nouveau interiors with hand-crafted timber and metal work, especially in the substantial central living hall and the adjoining drawing, dining and morning rooms. The hall features timber panelled walls and ceiling, a minstrel's gallery with an intricately-carved screen and staircase, and around the upper level of the hall is a mural made up of six paintings by the leading Heidelberg School artist Walter Withers, depicting the settlement of Purrumbete by the Manifold family. The extensive timber work was crafted by the Melbourne joiners, Murray and Crow. Notable features near the house are the remains of the 1884 conservatory, an early twentieth century glasshouse, a berry cage, and tunnels excavated beneath the house. Several of the original farm outbuildings have been demolished but six remain largely intact: the horse stables and dairy; the carpenters/blacksmith's shop; the manager's house; the men's stables; the cart, cow and store shed; and the bluestone men's quarters. Extant water reticulation infrastructure includes two bluestone water tanks, early galvanized iron corrugated steel water tanks on a large tank stand, an underground water storage tank, remnant cast iron water pipes and a c1860s drain partly lined with basalt north of the homestead.

The landscape and garden created in a picturesque style on the shore of Lake Purrumbete retain features from the late nineteenth and early twentieth centuries, including the layout and the character of the planting in the different parts of the garden, the driveway and avenues of elms, oaks, poplars, pine and cypress, the tennis court, stone walling and pond, and the southern set of basalt steps leading down to the lake. Original trees include Monterey Cypress, Golden Cypress and Monterey Pine trees in The Wood and on Picnic Point. A collection of plants and trees representative of the periods of development remains. The late nineteenth century planting is represented by mature specimens of Abies pinsapo, Picea smithiana, Araucaria bidwillii, Araucaria heterophylla, Cordyline australia, Cupressus torulosa, Erythrina crista-galli, Corynocarpus laevigatus, Hesperocyparis macrocarpa, Hesperocyparis macrocarpa 'Horizontalis Aurea', Fraxinua excelsior, Magnolia grandiflora, Taxus baccata, Tilia x europaea and Ulmus x hollandica. The ornamental planting includes two outstanding and rare Ilex x alterclarenis and a Melicytus ramiflorus. Intact layout and planting of the 1930s includes the rose beds, Betula pendula, Fagus sylvatica f. Purpurea, Prunus cv (Sato-zakura group), Diospyrus kaki, Populus x Canadensis 'Aurea' and Quercus palustris.

How is it significant?
Purrumbete is of aesthetic, architectural, historical and archaeological significance to the State of Victoria. It satisfies the following criteria for inclusion in the Victorian Heritage Register:

Why is it significant?
Purrumbete is significant at the State level for the following reasons:

Purrumbete is historically significant for its association with the early settlement of Victoria and with the Manifold family, who were among the earliest and most successful of the settlers in Victoria's Western District. During the nineteenth century the Manifolds were among the largest landholders in Victoria and one of Australia's most influential families. Purrumbete became one of the largest farming properties in Victoria and remained in Manifold ownership until 1983. The property is associated with the heyday of the pastoral era in Victoria and the prosperity of the Western District pastoralists in the nineteenth and early twentieth centuries. (Criteria A and H)

Purrumbete is significant for its unusually intact collection of picturesque Victorian-era farm buildings, which is one of the most intact such groups in Victoria, and for its unusual nineteenth century water reticulation system of underground cast iron pipes, drains and above ground bluestone water tanks. [Criterion B]

Purrumbete is archaeologically significant for the existence of ruins and remains of former outbuildings which have the potential to contain archaeological features and relics related to the development of the site. [Criterion C]

Purrumbete homestead is architecturally significant as an outstanding example of Arts and Crafts architecture in Victoria. The interiors, in particular the main hall, drawing room, dining room and morning room, display highly developed Art Nouveau interior design. The unique integration of six original paintings by Walter Withers, recording the history of the Manifold family at Purrumbete, is also significant, as is the intricate timber work produced by Murray and Crow. Purrumbete is also of architectural significance for its collection of intact nineteenth century outbuildings, and help to illustrate the various activities undertaken at the property. [Criterion D and E]

Purrumbete homestead is of aesthetic significance for its outstanding Art Nouveau interiors, its rare lake-side setting and the retention of plantings from the later nineteenth and early twentieth century. The picturesque landscape is of outstanding beauty and quality, with a rich collection of plants more typical of public than private gardens. It includes a diverse collection of conifers, evergreen and deciduous trees and shrubs, with contrasting foliage, forms and autumn and flower colour. Plantings include specimen trees, shrubs, rose gardens, hedges, an orchard, a driveway avenue and shelter belt plantings, and the plantings in The Wood and on Picnic Point. The Melicytus ramiflorus is the only one known outside the Royal Botanic Garden, and the Ilex x alterclarensis is exceptionally large and rare in Victoria. [Criterion E]

Purrumbete is of scientific (technical) significance for the remnants of the water reticulation system, which is an advanced example of nineteenth century technology adapted for use on a private farm. [Criterion F]

Purrumbete is significant for its long association, from 1836 until 1983, with the Manifold family. The homestead is an important example of the work of the architect Guyon Purchas, one of the pioneers of the Australian Arts and Crafts movement, who designed some of the movement's most spectacular domestic interiors. It is significant for its association with the artist Walter Withers, a major and influential member of the Heidelberg School of artists. [Criterion H]
Purrumbete is also significant for the following reasons, but not at the State level:

Purrumbete homestead has local historical significance for its association with the prominent Western District architect Alexander Hamilton in the development of the property in the 1870s and 1880s, and the retention of much of the form and some of the detail of his design in the 1901 remodelling of the homestead. It is significant for the early recording of the property in an 1842 watercolour and the 1857-58 painting by Eugene von Guerard, which contribute to an understanding of the development of the homestead.