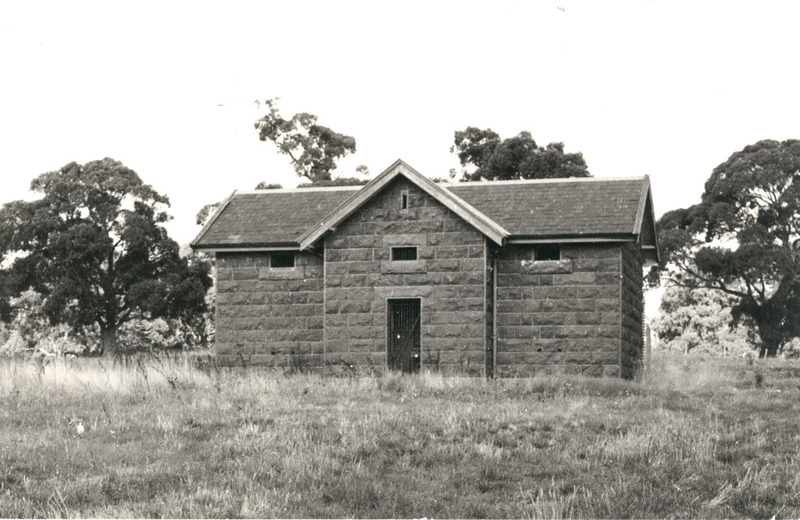 Lock-up, Police Station, Smythesdale, is a bluestone, single storied structure erected in 1869 to the designs of the Public Works Department of Victoria. The rectangular building has a projecting gabled wing with an iron grill door. There are barred, slit windows under the eaves. Walls are in coursed rustication on plinth and arris' distinguish the openings and corners. Roofs are gabled and clad in slate.
The Lock-up is a reasonably rare surviving example of a sizable country lock-up in bluestone in a substantially intact state. The structure is notable for its design, with the central projecting gabled wing and for its detailing in bluestone. The structure is utilitarian Classical Revival in style and is typical of the work of the Public Works Department .
The Lock-up has deteriorated slightly, having not been used since 1959, but is in good condition and intact.
Classified: 29/10/1970.

File Note: June 2010
Care of Lock Up has been signed over to Woady Yallock Historical Society