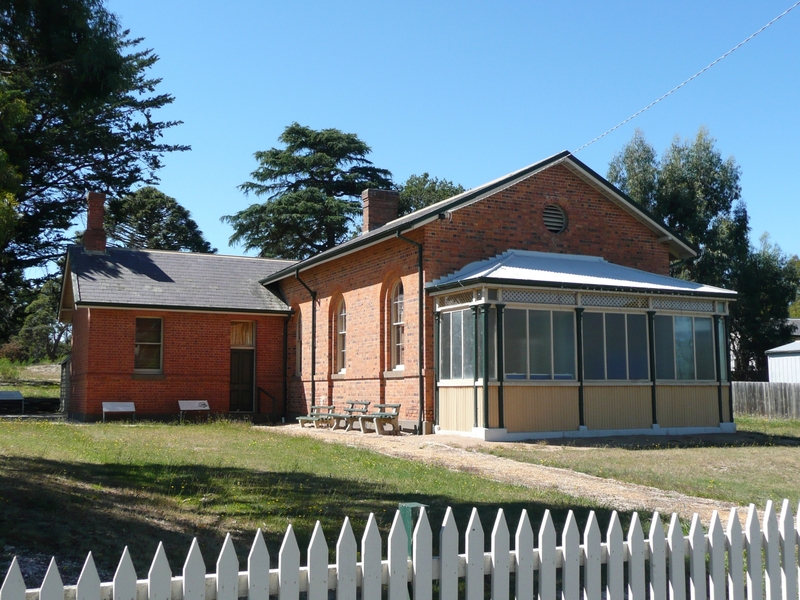 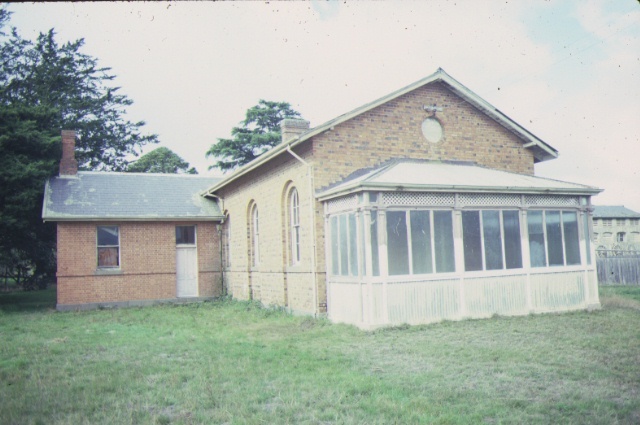 What is significant?
The Court House at Smythesdale was built in 1860 as a Court of Petty Sessions, the year before it was proclaimed a municipality and the first land sales took place. It originally contained a main court room, adjacent holding cell providing direct access to the dock, and two rooms at the rear. A drawing, showing the addition of another room to the north at the rear and a front verandah, was undertaken in 1866, signed by Peter Kerr of the Public Works Department. These additions appear to have been completed in 1872. By 1874 the front verandah had been enclosed with glass and corrugated panels.

Smythesdale owed its existence to the gold rushes of the 1850s and the district still employed a large number of miners in the 1880s. Beside Petty Sessions, the court house also held sittings of the Court of Mines and the County Court. The population of the town declined in the 1890s.

Smythesdale Court House is one of a large number of brick, slate-roofed court houses, constructed in Victoria from the 1860s to the 1880s. Designed in a Free Classical style, these buildings are characterised by a dominant single storey, gabled structure containing the court room, ancillary rooms to either one side or both sides, and a timber framed verandah at the front. At Smythesdale, openings are of simple arch form and the front gable contains a circular motif.

How is it significant?
Smythesdale Court House is of historical and architectural significance to the State of Victoria.

Why is it significant?
Smythesdale Court House is of historical significance for its association with the gold rush period and the subsequent development of the colony, illustrating the importance of this period in the development of a number of Victorian towns.

Smythesdale Court House is of architectural significance as an early and intact example of a popular type of regional court house, designed by the Public Works Department in 1860. It is an example of the restrained and economical work produced by the department under the leadership of William Wardell from 1859 to 1878.