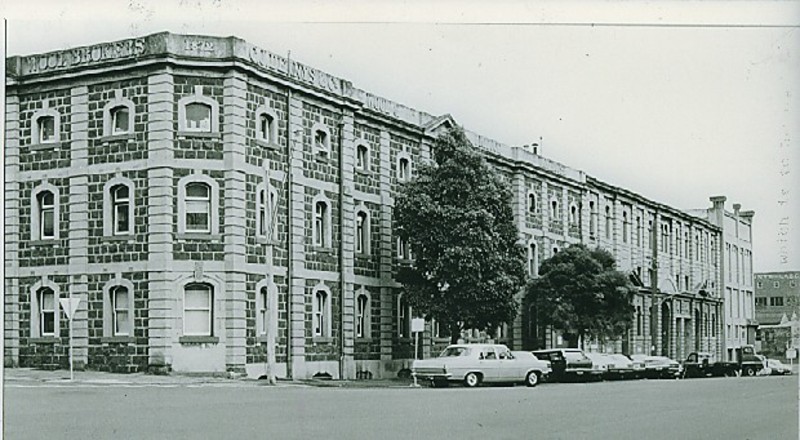 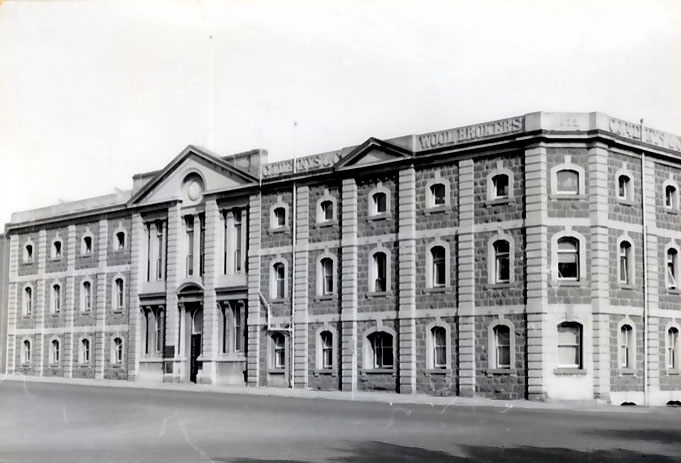 Denny Lascelles Wool Store was erected for C J Dennys and Co, Woolbrokers, in 1872 on a strategic site near the waterfront . Jacob Pitman, architect designed the original conservative classical 3 storey warehouse and supervised construction of the basement. After a dispute a Ballarat architect/contractor was engaged to complete the works to a reduced design derived from industrial architectural traditions and built of squared basalt enhanced with modest cement renderd ornamentation.

The Dennys Lascelles wool Warehouse was the first building in Victoria planned to facilitate storage, inspection and marketing of wool in one operation and upon completion was the second largest store in the colony. The warehouse, regularly fenestrated and lit by additional roof skylights was a model for later woolstores built throughout Austrialia and in London. C J Dennys was largely responsible for establishment and development of the wool marketing industry in Geelong and is a figure of significance in the history of settlement in Geelong.

The Dennys Lascelles Wool Warehouse is maintained intact as part of a large wool warehouse complex which includes other notable structures of 1899 and 1911, the latter being a particularly noteworthy reinforced conctete sturcture of four storeys with a column free showroom floor.

First Classified 22/4/65
Revised: Classified State 3/8/98
Historic Area Statement of Significance: The Geelong Woolstores Historic Area is one of remarkable coherence and integrity. Standing at the corner of Geringhap and Brougham Streets, the row of woolstores stretches away to the east in a unified scene, unequalled in terms of intactness and coherence elsewhere in Victoria.

The Area represents an important aspect of the process of settling the land in Victoria . The consequences of industry created a new economy, a new landscape and a new way of life. In terms of the lives of all of us as inhabitants of an industrial nation, it is the most relevant period of our past, not only because it is the most recent, but because the specific changes wrought during the last century provide the foundation of our present society.

Significant woolstore groups certainly exist elswehere in Australia, for example at Pyrmont and Ultimo in New South Wales, but those structures do not match the group qualities of the Geelong woolstores and were not specifically erected for the storage, handling and marketing of wool. Classified 4.8.80.