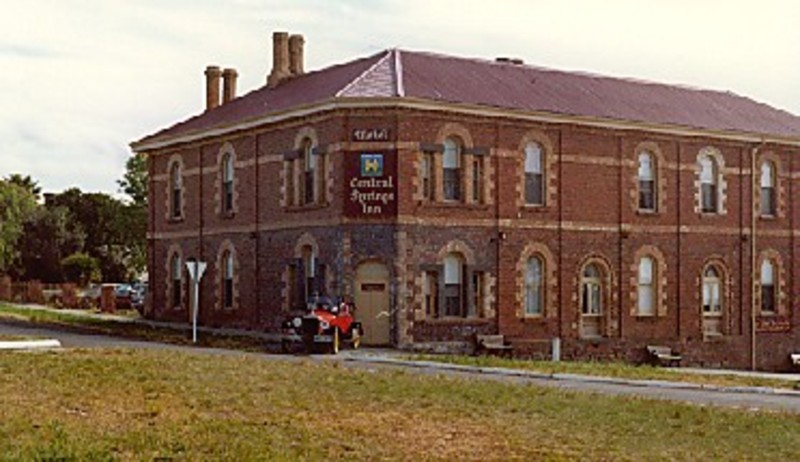 This local landmark was erected by George Clayfield, a prominent builder who constructed many significant buildings in Daylesford, using bricks from his own local brickworks.
This substantial two-storied corner building has robustly detailed bluestone lintels and steps along with distinctive brick venetian windows which are important details in the neatly designed elevations.
The side door has a particularly delightful decorative border of projecting bricks.
The building was opened in 1875 as the New Colonial Produce Store by the owner, John Howe, a prominent early settler who became a Justice of the Peace and Mayor of Daylesford.
Classified: 14/07/1983