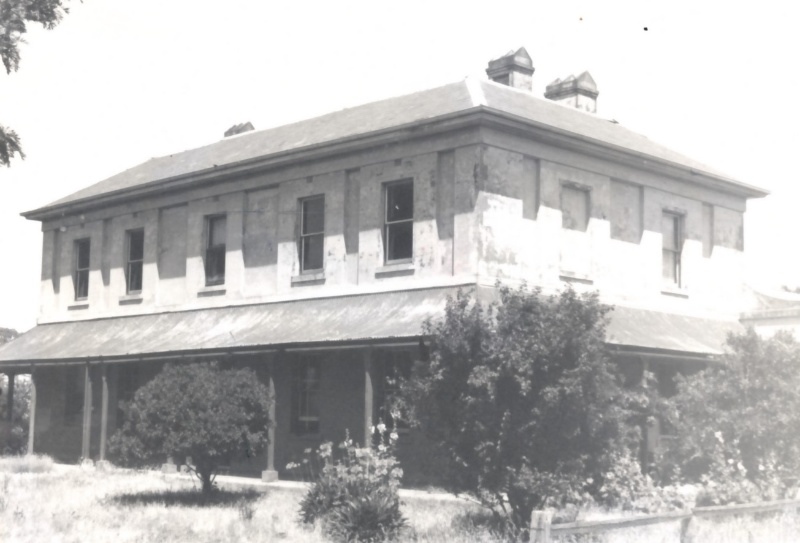 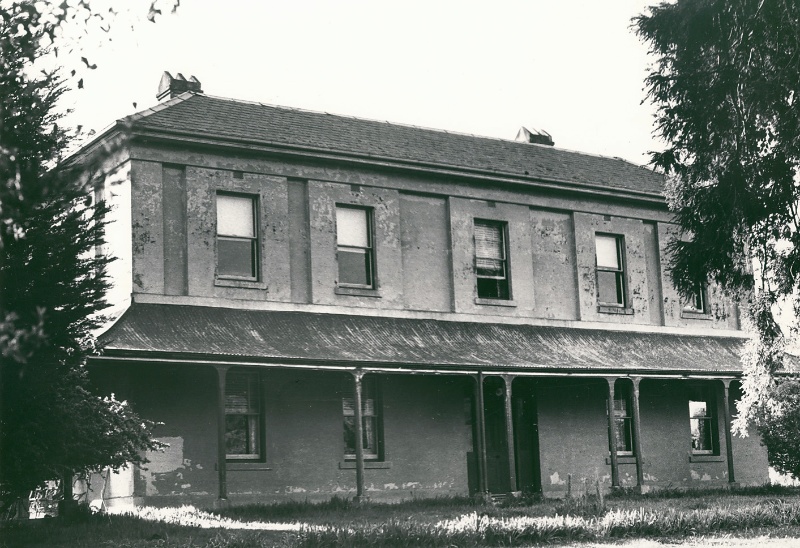 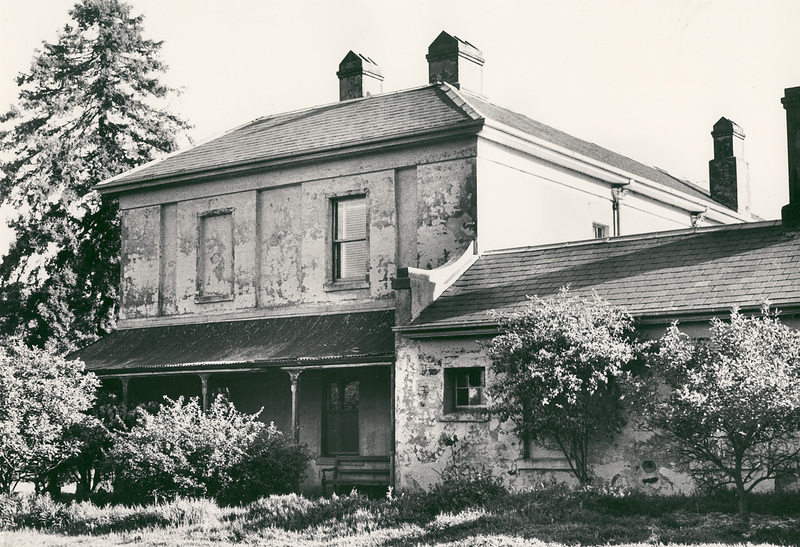 Smeaton House was built for overlander and pastorialist Captain John Hepburn between 1849-50. The two storied brick house is constructed on bluestone footings, is stuccoed and has a hipped slate roof. Symmetrical in composition, there are pairs of sashes about the central bay to both levels, a fan-lit doorway and a single storied timber verandah which returns to identical side wings. The upper storey features recessed panels.
Smeaton House is one of the earliest substantial homesteads in Victoria and has historical associations with the early settlement of the region and is important architecturally. The house is an important example of the colonial Regency style, uncommon in Victoria and its detailing is distinctive. The use of recessed panels to the upper storey is most distinctive and uncommon and the side wings and planning and the fan light and other details are notable.
Smeaton House, Smeaton, is in fair to good condition and is reasonably intact.
Classified; 21/05/1964