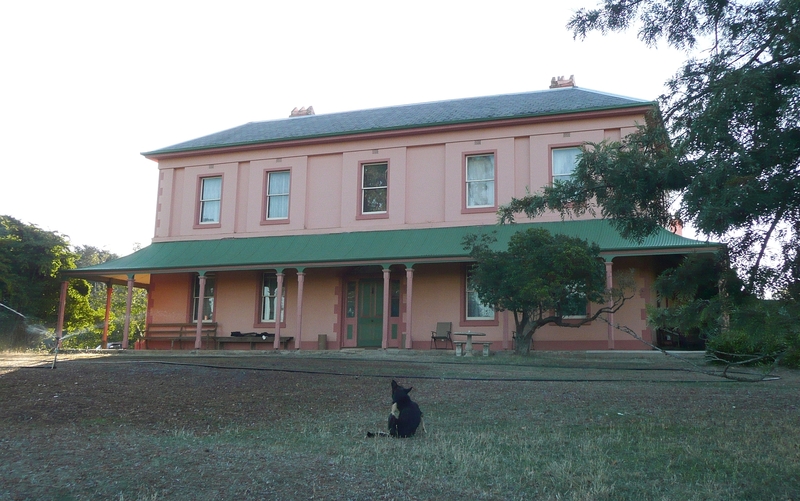 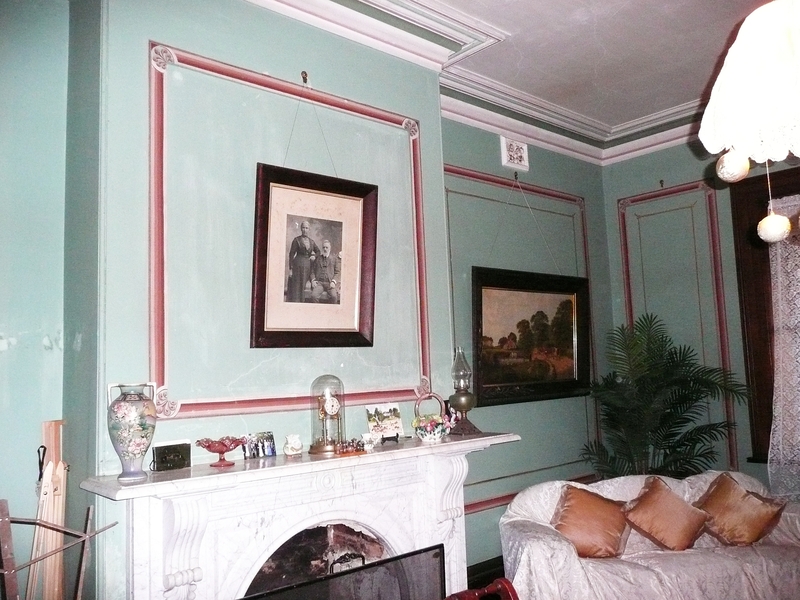 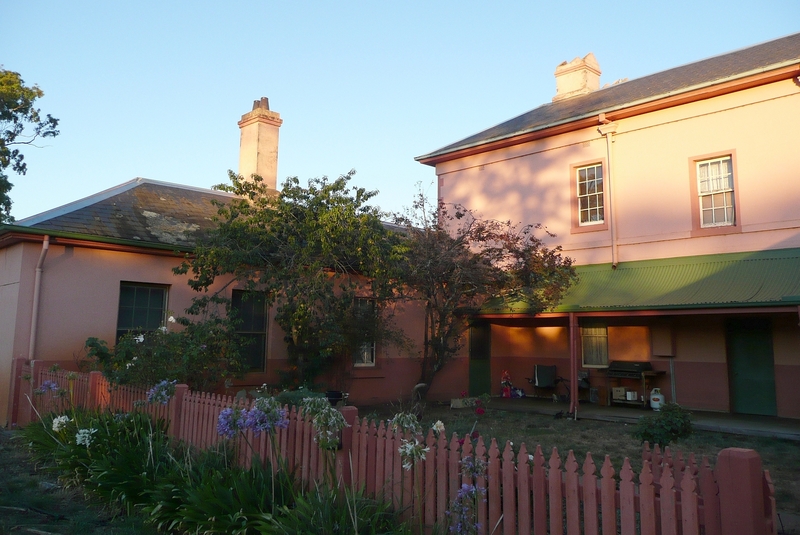 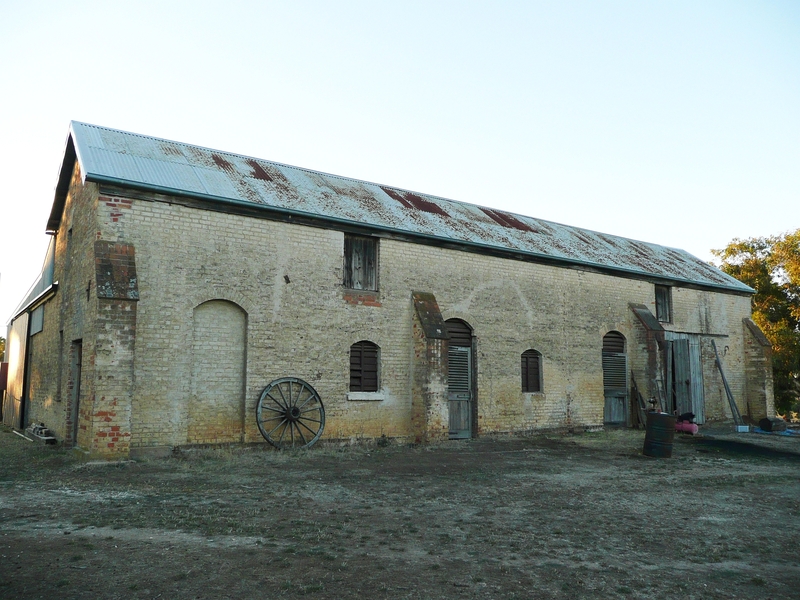 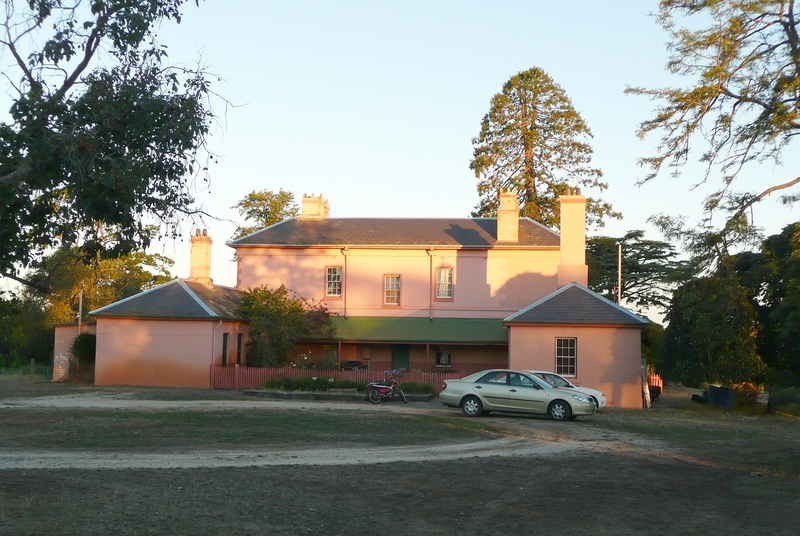 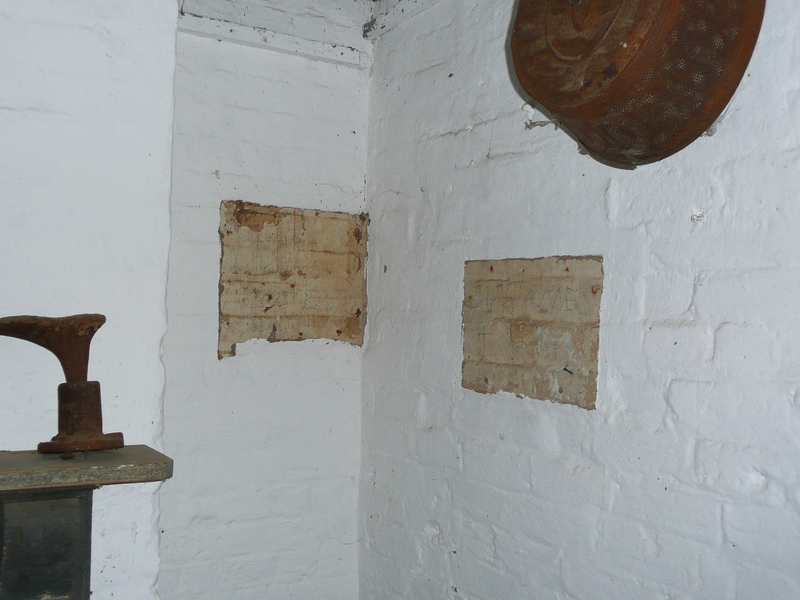 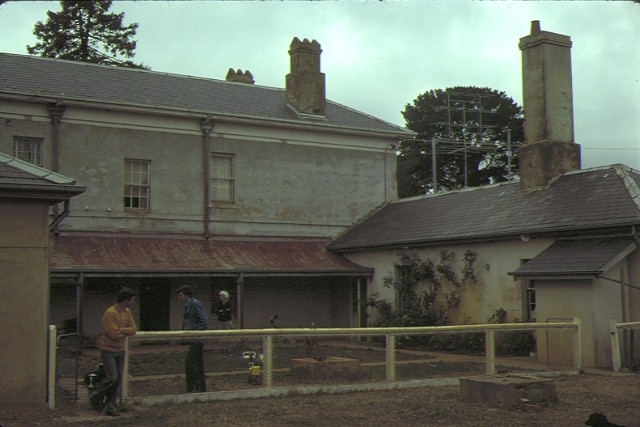 Smeaton House at Smeaton was designed by architect John Gill and built for overlander and pastoralist Captain John Hepburn. Hepburn was a ship's captain, who arrived in Van Diemen's Land in 1833. In 1836 he joined Joseph Hawdon and John Gardiner to become one of the first overlanders to bring stock from New South Wales to Port Phillip; until then all stock had been brought by ship from Van Diemen's Land. After this journey he returned to New South Wales, and in 1838 he overlanded again, with his pregnant wife and two young children, and became a squatter on the Smeaton Hill run. The first house built here by Hepburn was a five roomed cottage. In 1849-50 he built Smeaton House on a knoll overlooking Bullarook Creek. Hepburn was a committed diarist, and recorded the building of the house in his diary. Hepburn remained a dominant local figure until his death in 1860. He became the largest landowner in the district, established the first mill in the area, was a Justice of the Peace, and the first Chairman of the Creswick Road Board. John Gill was one of the earliest successful architects practising in Victoria. He was trained in England and arrived in Melbourne in 1842. He was responsible for a large body of work in Victoria, including houses, inns, offices and warehouses. He was President of the Victorian Institute of Architects from 1861-5.

Smeaton House is a two storey symmetrical house in a colonial Georgian style, with a large cellar and two parallel single storey service wings at the rear, enclosing a service court. The house is of brick, covered with lime plaster, on bluestone footings. It has a hipped roof, originally covered with shingles, but later replaced by slate, probably in about 1860. There are pairs of sash windows on the ground floor on each side of the central entrance, and five across the first floor, a fan-lit front door, and a single storey timber verandah across the front and two sides, and between the service wings at the rear. The front and side facades of the upper storey are decorated with recessed panels between the windows. There is a particularly fine rectangular stable block at the rear of the house, which includes groom's quarters at one end, consisting of two small rooms one above the other.

Smeaton House at Smeaton is of architectural and historical significance to the State of Victoria.

Smeaton House at Smeaton is of historical importance to the State of Victoria as one of the earliest substantial homesteads built in the colony, and one of the first built in country areas after 1847, when the early squatters were able to obtain more secure tenure of their land. It has associations with overlanderJohn Hepburn, and with the earliest settlement of this area.

Smeaton House at Smeaton is of architectural significance as an important surviving work by prominent early colonial architect John Gill, one of the earliest successful architects practising in Victoria. It is an unusual example in Victoria of the colonial Georgian style.

It is a substantially intact example of an early country homestead with a U-shaped house plan with rear service wings, a form which was uncommon in the city. The use of recessed panels on the upper storey is most distinctive and uncommon, and the fan light and other details are notable.