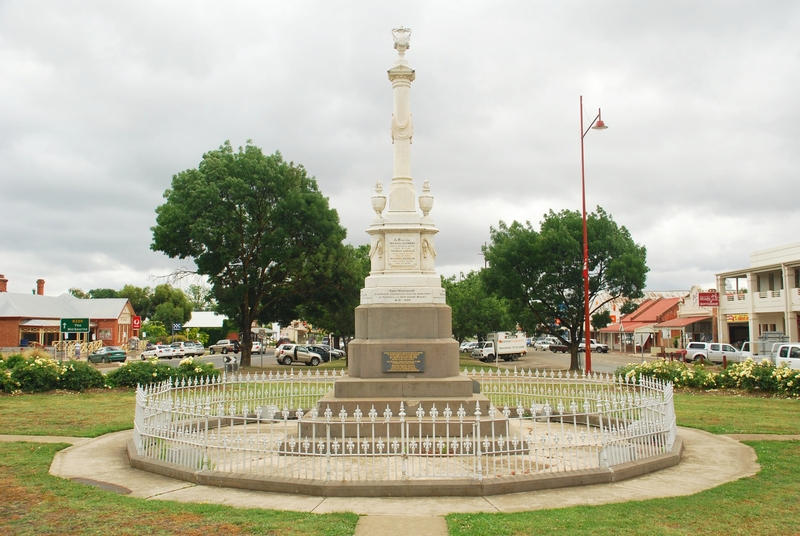 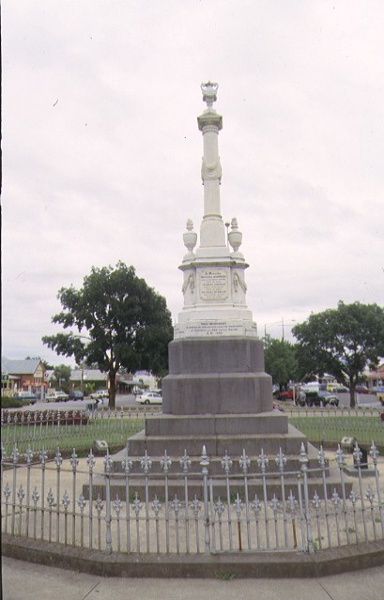 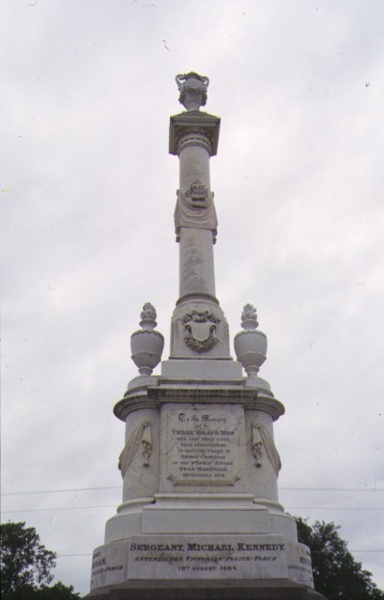 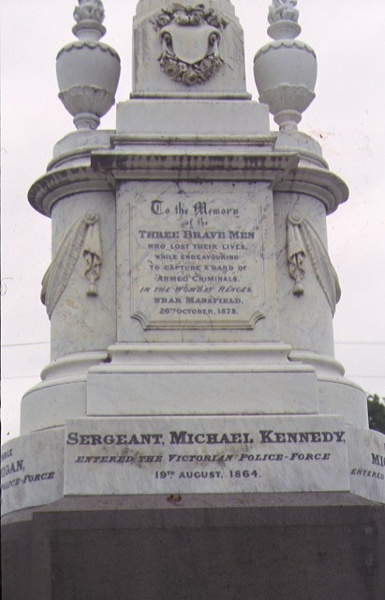 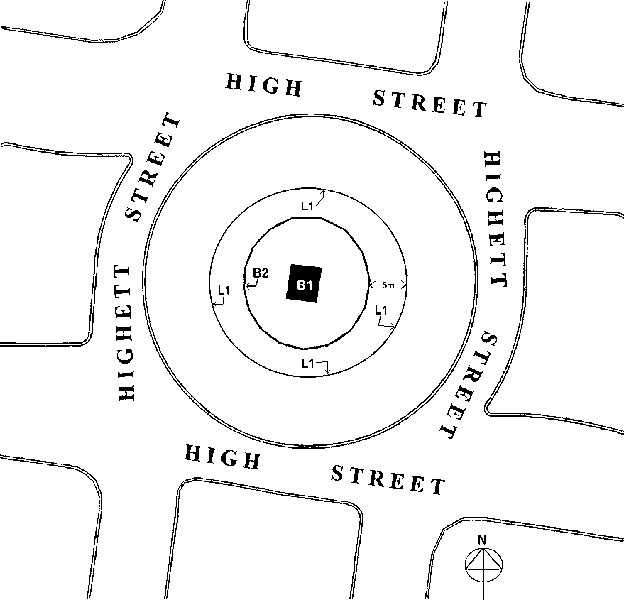 What is significant?
On Friday 25 October, 1878, four policemen, disguised as prospectors set out from Mansfield to catch the Kelly Gang. The four men, three of who were soon to die, were Sergeant Michael Kennedy, and Constables Thomas Lonigan, Michael Scanlan and McIntyre. All good bushmen they were the next day surprised by the Kelly Gang, near the Kelly camp in the Tolmie Ranges, and overcome. Sergeant Michael Kennedy was then stationed at Mansfield. Three policemen were killed: Sergeant Kennedy and Constables Lonigan and Scanlon. McIntyre escaped, and terrified returned to Mansfield with the stark news. The police memorial in the main street at Mansfield was erected by the State Government to the memory of the three constables murdered by the Kelly gang. The movement for its erection was begun on 21 December 1878, about two months after the murders, and the Chief Commissioner of Police at the time, Captain Standish, unveiled the memorial on 22 April 1880. The police of Victoria and New South Wales and the public contributed to the memorial, particularly residents of the Mansfield District. The police memorial is located at the intersection of High and Highett streets, Mansfield. It is a dressed and decorated marble pillar inscribed to the memory of the policemen killed near Mansfield in 1878, set on a plinth of dressed bluestone and surrounded by a low cast iron palisade fence. It believed that J Hanson of Melbourne was the stonemason responsible for design and construction of the memorial.

How is it significant?
Mansfield Police Memorial is of social, historical and aesthetic significance to the State of Victoria.

Why is it significant?
The Mansfield Police Memorial is of social and historical significance for its associations with the history of bushranging in Victoria. The memorial commemorates the bravery of three policemen who were killed while in pursuit of the notorious Kelly Gang. The memorial is important for its associations with the Ned Kelly legend as it commemorates an important event in the chain of events, which lead to the capture, arrest, trial and eventual hanging of Ned Kelly. It was for the murder of Thomas Lonigan that Ned Kelly was finally arrested and hung. The Police Memorial is of social significance as a poignant reminder of members of the Victoria Police who have since been slain in the performance of their duty.

The Mansfield Police Memorial is of architectural and aesthetic importance as an early and representative example of an elaborate memorial constructed with public monies in the 1880s. It is important for its demonstration of skilled stonemasonry and ornate detailing. The memorial is of aesthetic importance for its prominent position in the town of Mansfield and in particular for its sculpted urns, numerous inscriptions and intricate detailing.