Jeparit Bridge over the Wimmera River
Adjacent to N side, Nhill-Jeparit Road,, JEPARIT VIC 3423 - Property No B7067 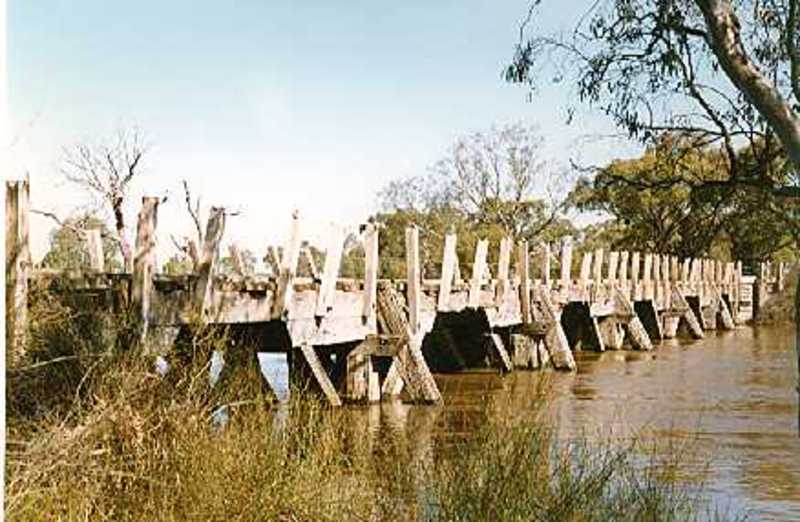 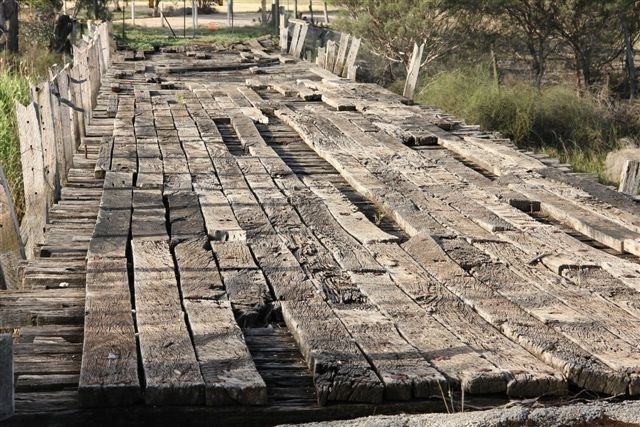 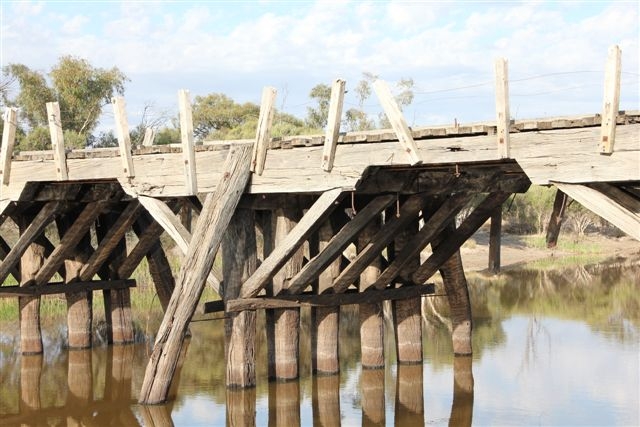 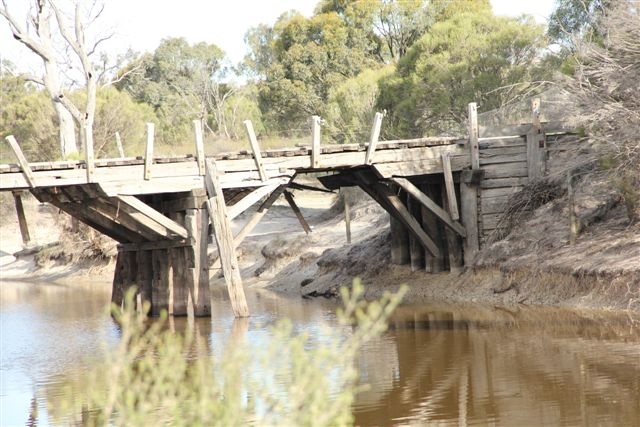 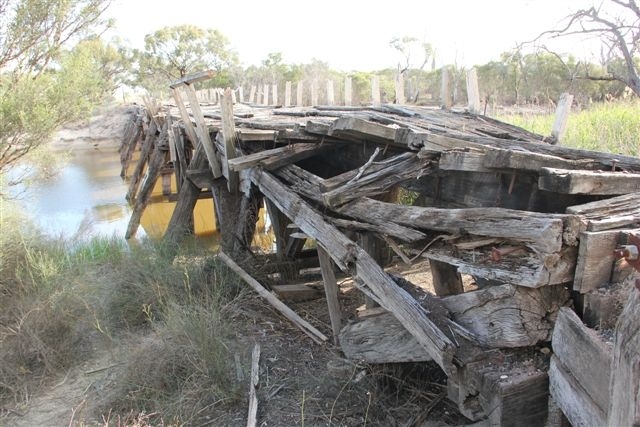 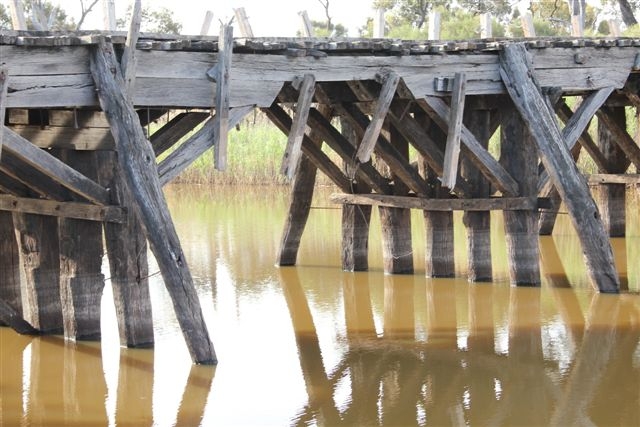 What is significant? The Jeparit Bridge was built in 1891, opened in 1892, and is one of Victoria's oldest surviving timber road bridges. The bridge has seven timber-beam spans 26 feet (7.9 metres) in length, with extremely rare squared-timber strutted-corbel construction supporting timber stringers, and a total deck length of 182 feet (54.6 metres). The deck width is fifteen feet (4.5 metres) between heavy timber kerbs,
The timber piers each consist of seven piles, including one raker pile on each side, driven deep into the river bed. Steel joists have been added below the deck.
How is it significant? The Jeparit Bridge is significant for historical, technical and aesthetic reasons at the State level.
Why is it significant? The Jeparit Bridge is historically significant as an artifact from the very earliest phase of agricultural settlement in the Mallee. The Jeparit Bridge made a major contribution to communication and agricultural development across north-western Victoria, in particular the growth of Jeparit township.
The Jeparit Bridge is technically significant as one of only two surviving examples of early strutted-corbel timber-bridge design (the other being Kirwan's Bridge, VHR 1886), and the only intact example to survive in Victoria. It was one of a number of 'strutted-stringer' bridges based on traditional British bridge patterns used in flood prone areas in Victoria until the severe economic depression of 1892-93 rendered their labour-intensive construction uneconomic; very few survive.
The Jeparit Bridge retains its structural integrity despite replacement of timbers at various times.
The Jeparit Bridge is aesthetically significant as an unusual and attractive feature enhancing a sparsely-timbered flat inland river landscape. Its striking silhouette comes from the massive squared-timber strutted corbels, and the prominent big raker piles on each side. The bridge crosses the Wimmera River just upstream from Lake Hindmarsh.
Classified: 03/07/2000
Show more
Show less
All information on this page is maintained by National Trust. Click below for their website and contact details.