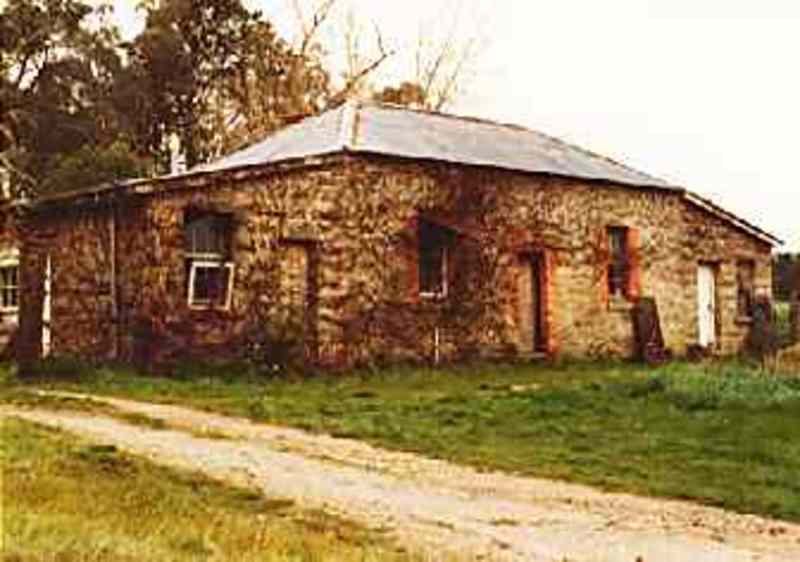 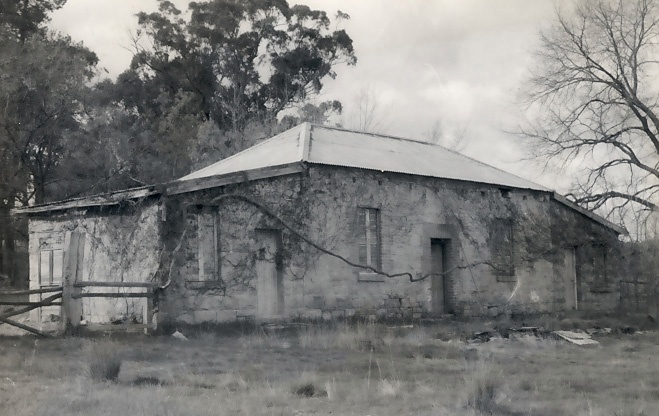 The Bakery: The original bakery was built in 1875 of wood by Williams James Price, who was born in Beechworth in 1875, therefore it is a true pioneer structure with family links in the district. In 1877 a stone and brick building was built over the top and around the wooden bakery, the wooden frame then being removed. This possibly accounts for the very high ceiling in the present bakery and for the fact it is not square.

The two obvious additions to the bakery, a man's hut built on the western end and a flour room on the eastern end, were built in 1890 and probably by Thomas Rose.

Ned Kelly is reputed to have bought bread at the bakery, which was also used as a post office. It is the last remnant of the very large Black Springs settlement and as a complex it was without comparison. It is still a dominant and imposing complex which should be preserved as an entity. The floor of the bakery is brick, with worn patches obviously replaced by a patch of concrete. Ceilings are of pine. The floor of the flour room is of rough sawn hardwood and the man's room is concrete. There was a viewing hole in this wall to the bakery to view the fires.

The House: called "Buffalo View", was moved many years ago but the concrete footpath to the front door remains and the extensive wash house at the rear of the building is a good ruin with most of the granite slab floor intact, the brick drain intact, and the chimney in ruins, but the path to the two-seater lavatory is intact.

The Lavatory: is in restorable condition, all the stone walls are up, though cracked, and the slab floor is intact. There is no roof, door or seat.

The Barn: was originally the grain shed and was next to the original stables. The barn was obviously built at the same time or near the same time as the Bakery surround was built. The stables were removed after the 1890 typhoid epidemic to the new site, but the stable floor remained. This was a mass of rubble except for the a patch between the Barn and the Bakery which was left by Mr Goode as a remnant. The rubble he used ten years ago to erect the stone wall, which now merges very well with the granite buildings and looks as though it has been there for a century.

The Stables: were erected in 1890 after the typhoid epidemic which had been thought to arise from drainage into the well. This is the most spectacular building with several slabs in the 2 ft thick walls measuring 9ft x 2ft (thick) and 1 ft high. The floor is of intact granite slabs with a domed centre and gutters on either side, draining through a door to a pit , now filled in. The eight internal posts holding up 30ft logs are mortised into the granite slabs. These posts held the dividing rails to compartmentalise the stables into six stalls. The southern manger is built of three single slabs of hardwood 20 ft long and is intact, but the northern manger was badly water damaged and the centre section has been removed. The ceiling is of Baltic flooring with hardwood joists and is in fine condition.

The Well: on the eastern end of the Bakery was dug in 1871, and has the engraving on the large granite slab of T.F. and W.P. It has a perfectly round hole in the centre and the windlass still exists. The engraving was probably done later, but the well was dug before the additions to the Bakery and before the removal of the original stables. The granite wall of the courtyard was built by Mr Goode himself from the remnants of the original stable yard.

The Gardens: The century-old garden has been assessed by the School of Botany, University of Melbourne, and can be divided into three units:
- the present domestic garden immediately surrounding many of the buildings
- the culinary garden to the west of the buildings
- an arboretum of native and planted trees to the north of the buildings.
Although the garden itself is overgrown in many places it provides the framework of the early garden type of the pioneer household. It includes many commonly planted introduced trees and shrubs together with many not often seen in modern gardens. The presence of so many native plants in such an old garden is itself a social comment.
Classified; 21/04/1977