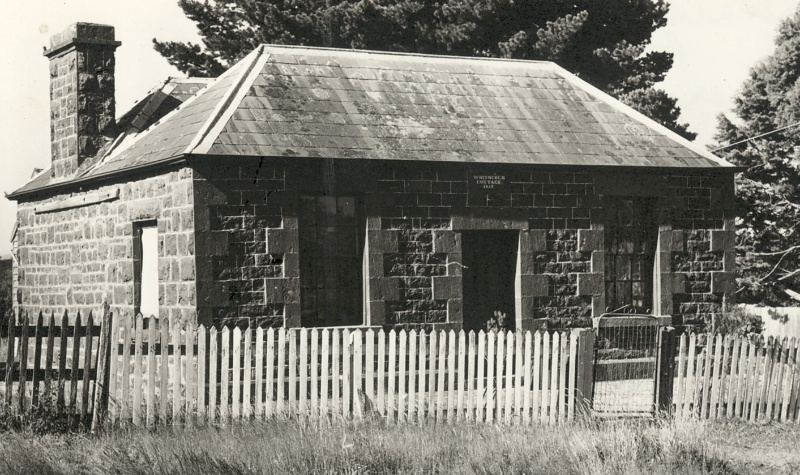 Whitburgh Cottage was erected in 1853 for William Smeaton, a local coachbuilder and blacksmith. Smeaton and his family occupied these premises until 1966. The cottage is constructed in bluestone and originally comprised only two rooms; two more were added in 1857. It has a simple hipped roof clad in slates and double fronted facade with dressed stone quoinwork decoration around the openings.
This is one of the oldest surviving structures in Kilmore and epitomizes early cottage design with simple double fronted composition, hipped roof and local materials. The houe is notable for its association with William Smeaton and his family who lived here for 103 years. It is an outstanding element of this important historic inland town. The inscribed stone above the entrance and the picket fence are notable features. The interior is suitably furnished.
The building has been restored and is intact and well maintained.
Classified: 25/04/1974