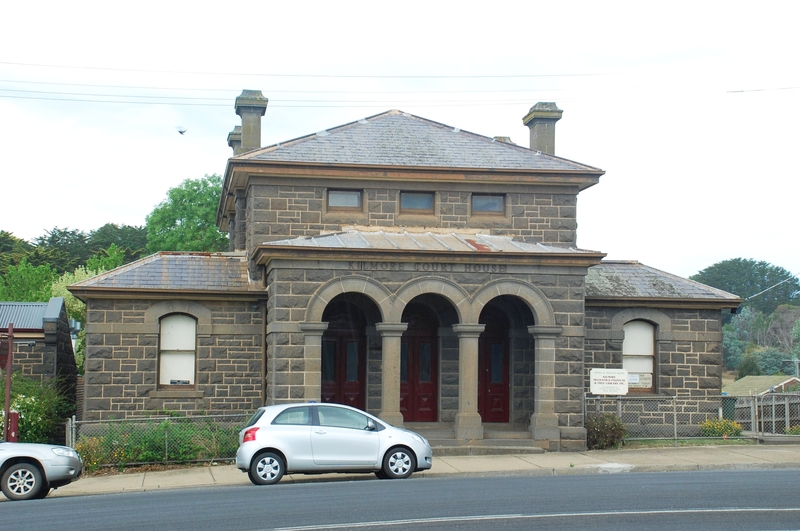 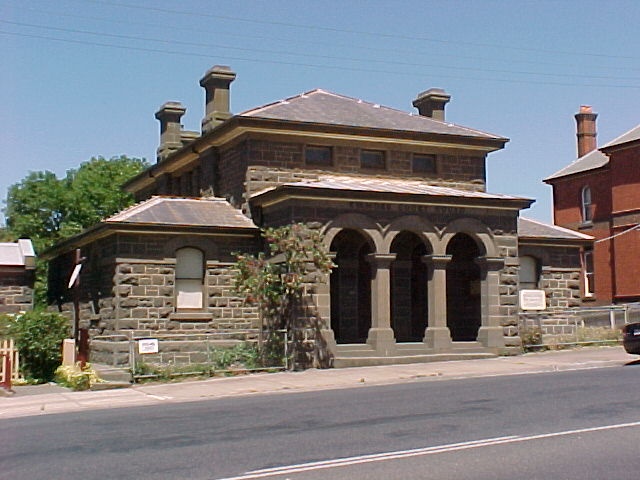 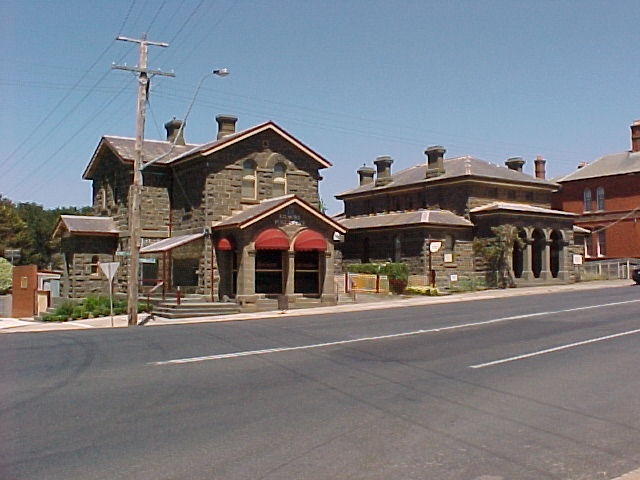 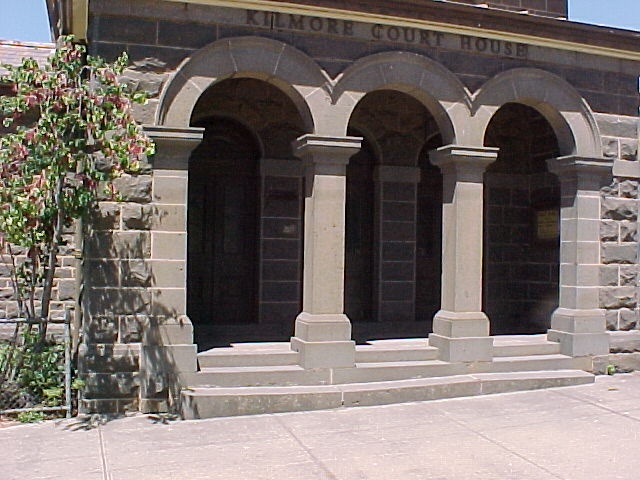 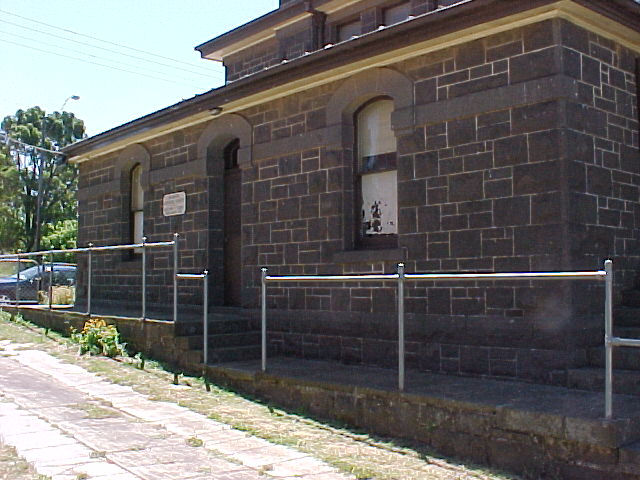 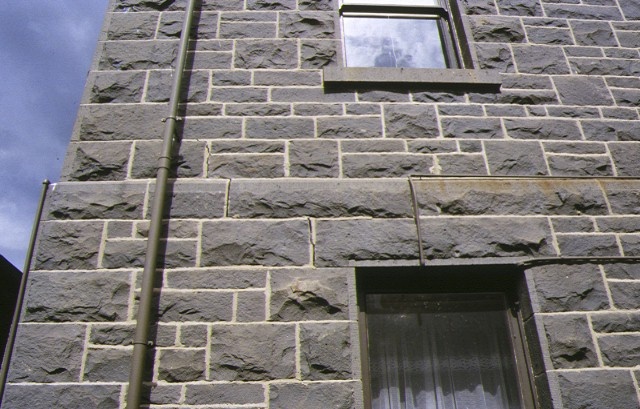 What is significant?
The Court House, Kilmore, erected in 1863, was designed by J J Clark under the supervision of William Wardell of the Public Works Department and constructed by Langridge and Co. The building, built of coursed basalt rubble and rock faced basalt masonry, consists of a double height courtroom with a hipped slate roof that is flanked by lower wings and entered through an arcade porch. An attic storey is suggested by windows above the porch roof. Two basalt columns and two pilasters, carry the three arches of the porch: all are executed in dressed stone, contrasting with the rock face masonry behind. Three pairs of double doors, originally solid, and now half-glazed open from the porch: semi-circular fanlights surmount each pair. The building's style is evocative of the Italian Renaissance, sometimes referred to as the Victorian Romanesque style of architecture. Alterations were carried out on the building in 1888.

Police court sittings commenced in Kilmore in about 1850 and in 1854 county court and general sessions began. This continued until 1916 and subsequently only petty sessions have taken place.

How is it significant?
The Court House, Kilmore, is of historical and architectural significance to the State of Victoria.

Why is it significant?
The Court House, Kilmore, is historically significant for its early date of construction. The building is also important for its association with the earliest development of Kilmore township which is Victoria's oldest inland town and the most important staging post between Melbourne and the goldfields of Heathcote, Bendigo and Rushworth. The court house is historically significant for demonstrating the spread of law and order across the state, which is indicative of the progress of Victoria's development. The building is important for their relationship with the nearby police station, barracks and post office which together form an example of an early government precinct.

The Court House, Kilmore, is architecturally significant as an example of a restrained design by the prominent architect, J.J. Clark in the Victorian Romanesque style architecture as applied by the then Public Works Department to a local court house.
[Online Data Upgrade Project 2003]