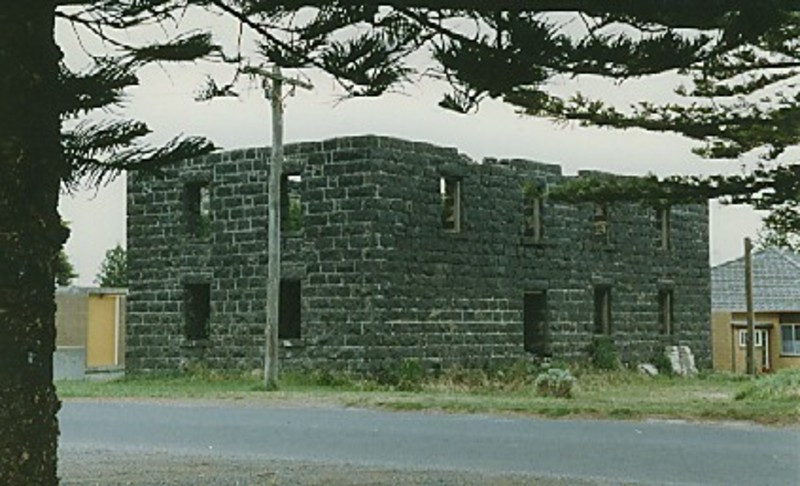 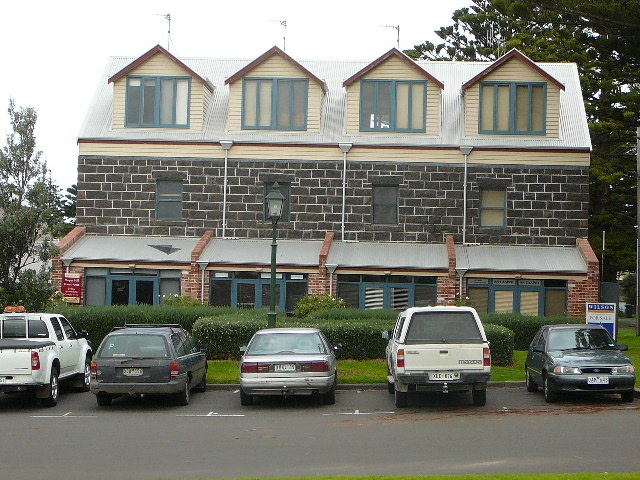 Part of Port Fairy Historic Area.
Statement of Significance: Port Fairy is a natural harbour where the Moyne River enters the sea, the fourth of Victoria's coastal settlements and now the one with the greatest concentration of pre-Separation buildings.
These include numbers of simple double-fronted cottages in the local limestone, imported timber and some basalt from the nearby flows. The earliest of them may contain material from the whaling and pastoral period which preceded the sale of the site by the Crown. The bulk of development post-dates both the finalisation of Atkinson's acquisition by Special Survey in 1843 of eight square miles (20 sq.km. of land and the establishment shortly afterwards of a rival government town on the foreshore.
The characteristic qualities of the town derive from the coastal atmosphere and especially the timber wharves and jetties on the Moyne River (despite some intrusion of concrete), and the simple cottages and early hotels and commercial building, principally in the local limestone, all of which invite comparison with the South Australian port of Robe.
A special flavour is given to Port Fairy by the Irish influence of its early inhabitants upon the architecture, by the importation of Tasmanian materials and complete prefabricated buildings, by the widespread planting at later dates of Norfolk Island Pines, by the fine tufa stone carvings of Walter McGill which adorn the church buildings, and by the major buildings of the distinguished local architect Nathaniel Billing. All of these features are to be seen not only inside but in a more dispersed manner outside the designated area: within the area by contrast it has been necessary to exclude a section of mediocre modern development, the future of which (and especially the scale of building) must be closely monitored to prevent it further impinging on the special character of the town.
Historic Area Classified: 02/03/1981
2010 Note: Wall shell converted into apartments c.2002.