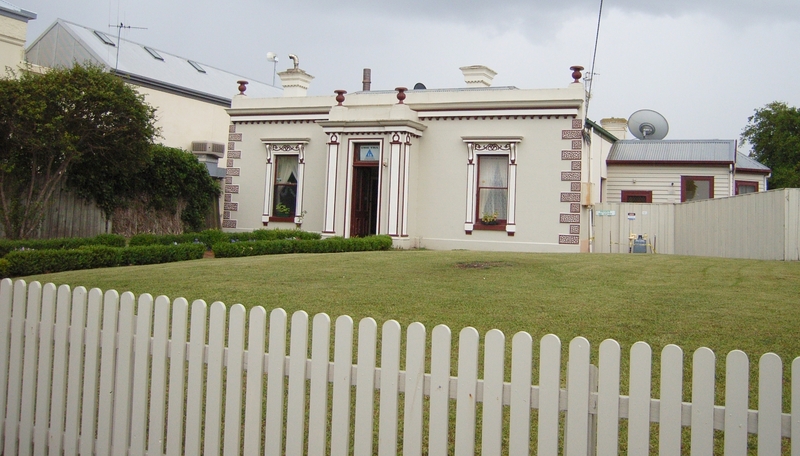 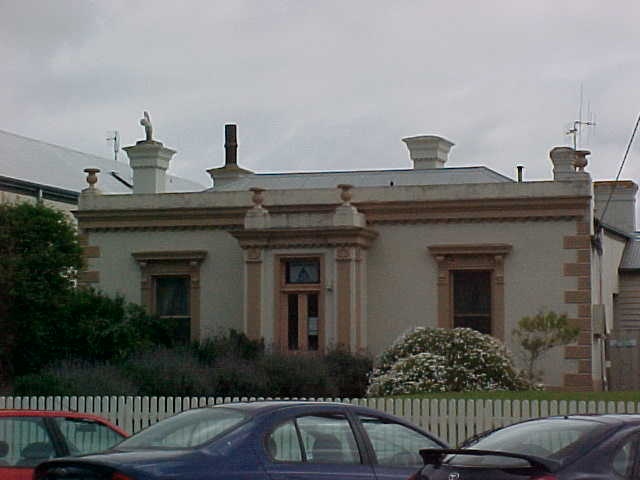 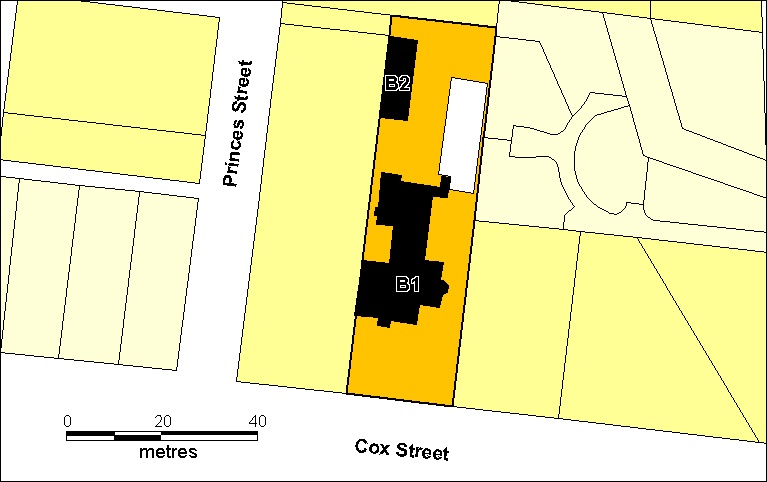 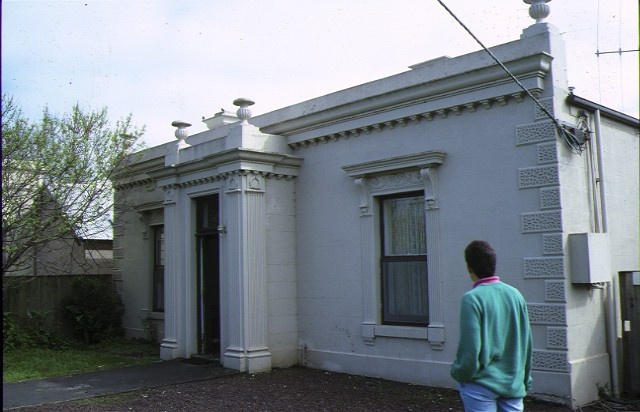 Emoh is a single storey stone residence of six principal rooms, part dating from as early as 1849, but mostly from the early 1850s, and subsequently much altered and extended, notably after 1885. It is located within the central street-grid of Port Fairy and close to the River Moyne. The original owner was William Rutledge, merchant, banker, settler and early MP and elements of his house remain internally. David Jermyn, a doctor, purchased the property in 1863 from a bankrupt Rutledge and in 1868 sold almost half the land to the Bank of Victoria. The sale could have forced alterations to a substantial glazed verandah along the new western boundary, which appears in an historic photograph of Rutledge and his wife in 1861. Jermyn was possibly responsible for the introduction of a lobby in the hall and the conversion of the front west room into a surgery. A later owner, the grazier John Meagher changed the facade to its present Classical style. (John Mason of Port Fairy may have acted as architect and Charles Bourne as plasterer.) Emoh operated as a Youth Hostel from 1976 when further substantial renovations and additions were made

Emoh is of architectural and historical significance to the State of Victoria.

The complex is architecturally significant for its sequence of development from the pre-gold rush period through to the late twentieth century and for its Renaissance revival facade, relatively rare at this scale and date.

Emoh is historically significant for its association with William Rutledge, David Jermyn and John Meagher specifically and for its reflection of the changing character, conditions and fortunes of Belfast and Port Fairy generally when it was a seafaring town essential for the settlement and development of the Western District.