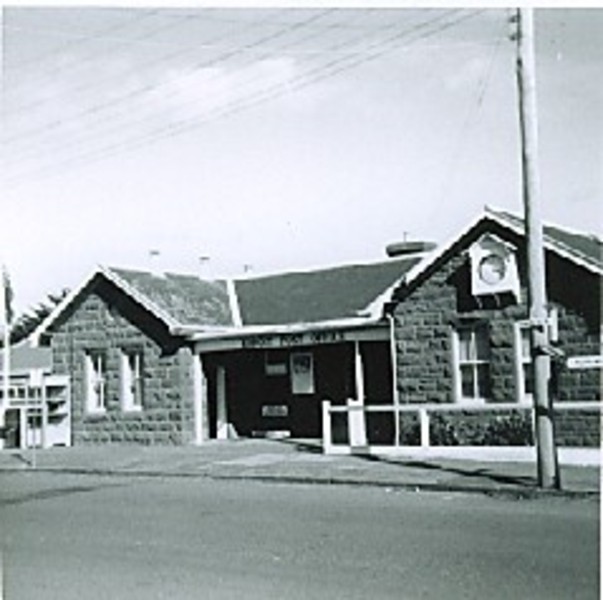 Historic Area Statement of Significance: The significance of Koroit derives from its role as the urban centre of one of the most concentrated Irish Roman Catholic rural districts in Australia, noted for its mixed livestock and cropping argicultural patterns. This is reflected in two separate and distinctive areas in the town - the administrative/commercial area and the church precinct.
The administrative and commercial area (focussing on the Boundary-Commercial Road/High Street intersection and the Koroit Hotel) consists of a number of significant public buildings and leads to a street of relatively intact humble shopfronts and kerbline verandahs, visually punctuated by opposing bank facades. The church precinct is dominated by a group of Catholic buildings larger in scale and more complete in range than those in any comparably sized Victorian town.
The town also has a significant association with Australian literature. Australian author Henry Handel Richardson both lived in Koroit, and used the town as a setting in her semi-biographical novel "The Fortunes of Richard Mahony".