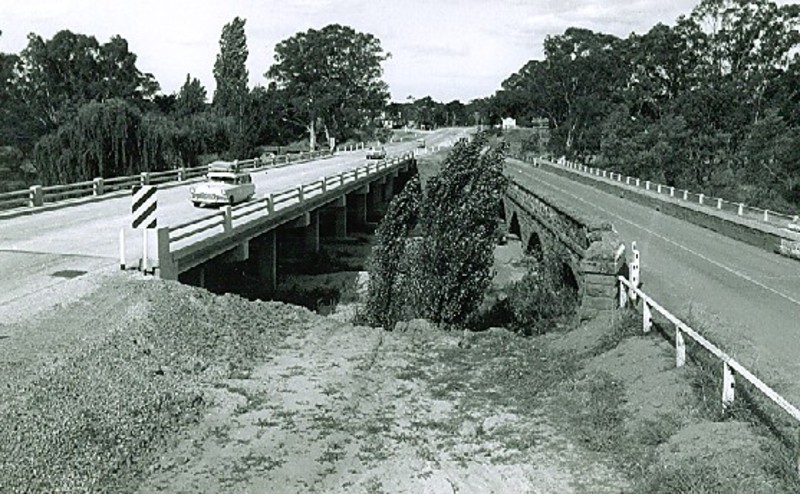 The Hughes Creek Bridge was erected in 1859 by the Board of Land and Works, and replaced a timber bridge erected in 1874. The contractor was Hugh Dalrymple. It is constructed in rusitcated sandstone and comprises six segmental arches supported on piers. The restrictive width of the Bridge resulted in the consturction of a new bridge over Hughes' Creek in 1970.
This is a fine example of nineteenth century bridge design. It is superbly constructed and stands as a monument to the early stonemasons and road engineers of Victoria. It is well composed and articulated by rusticated voussoirs, imposts and string courses and is notable for its number of arches. The fine quality stone and stonework is a distinctive feature. The bridge is picturesquely situated in a park-like setting. The bridge survives intact and shows little sign of structural decay. It is presently used solely for pedestrian traffic.
Classified: 16/06/1966