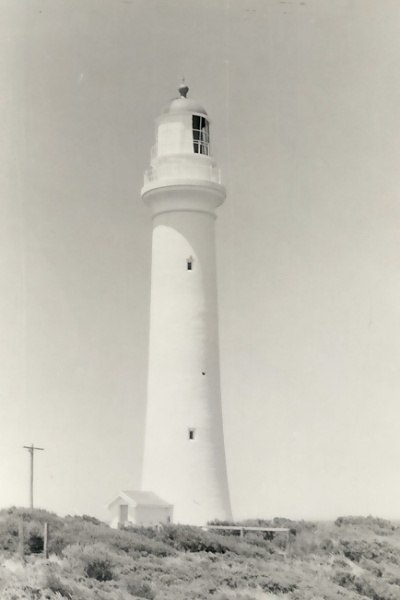 Lightstation group of 1891 consisting of a prominent 100 ft. tower in concrete and former headkeepers' and assistant keepers' quarters in timber (now privately owned). The cast iron spiral staircase in the tower has its landings supported from a central column with unusually elaborate capitals at each level: the external lantern walkway of cast iron has scrolled brackets and the lower balcony balustrade is of typical cast iron post and rail construction. The two associated houses are included in the Classification.

The cultural significance of the Lightstation complex consists of its existence as a major component of the system of lightstations built by the government along the Victorian coast in the 19th century, vital for the safety of shipping. Further historical significance is evident by association with the builder of the lighthouse, stonemason, Robert Anderson. Anderson was a leader of the Eight Hour Movement in Victoria in 1856.

The lightstations' technical significance is seen in the lighthouse lantern, supplied by Chance bros. of Birmingham, the world's leading maker of complex opticla implements and who supplied specialist lighthouse equipment to nearly all Australian lighthouses.