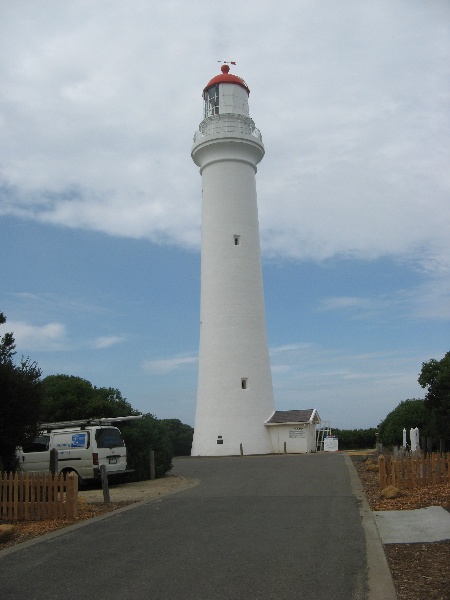 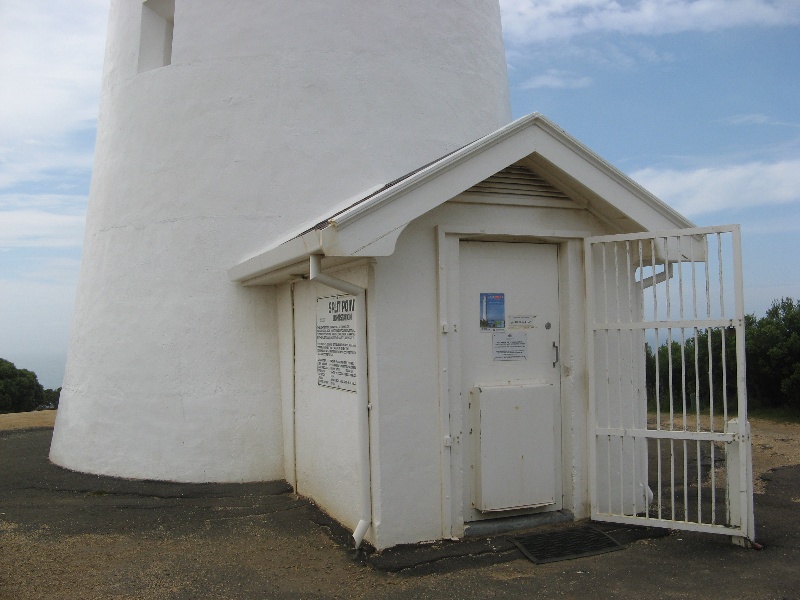 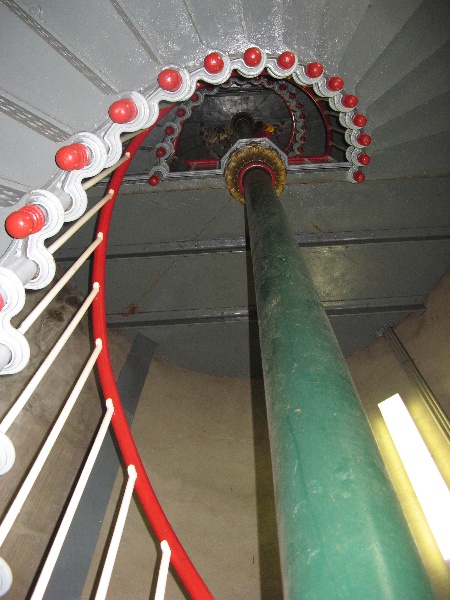 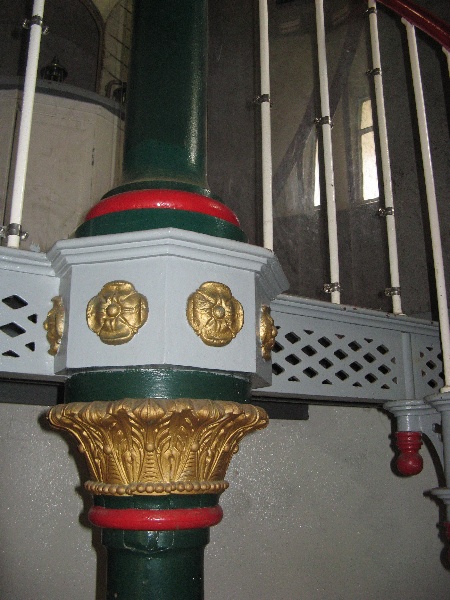 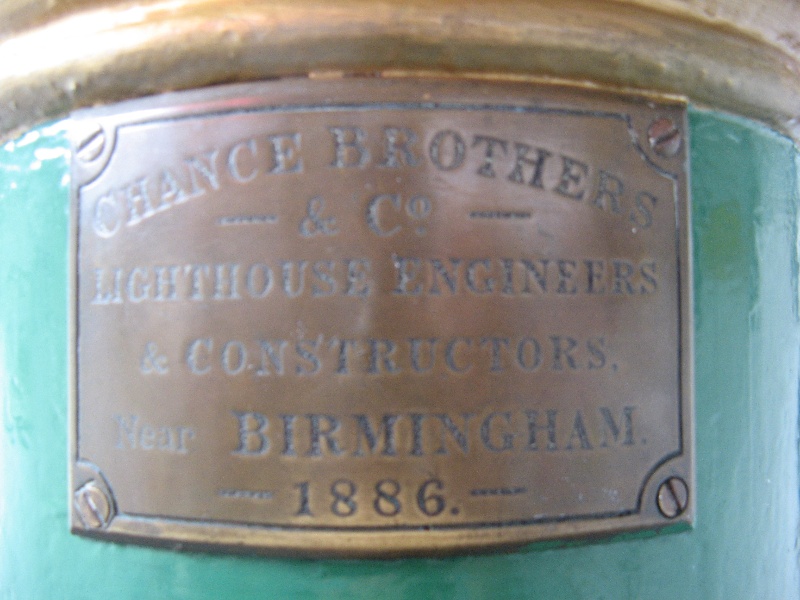 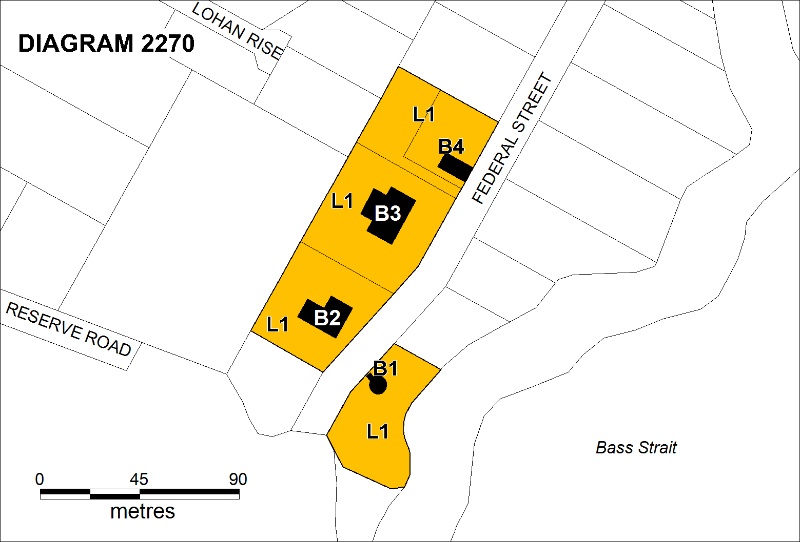 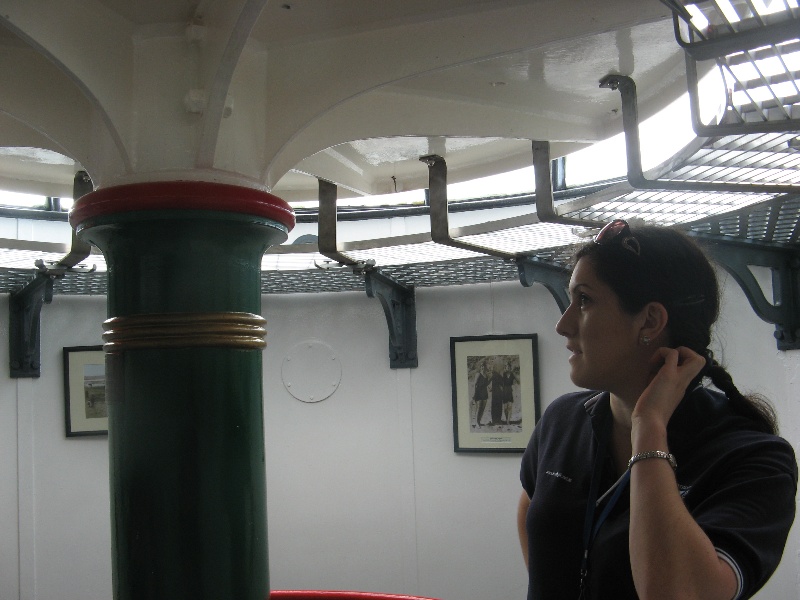 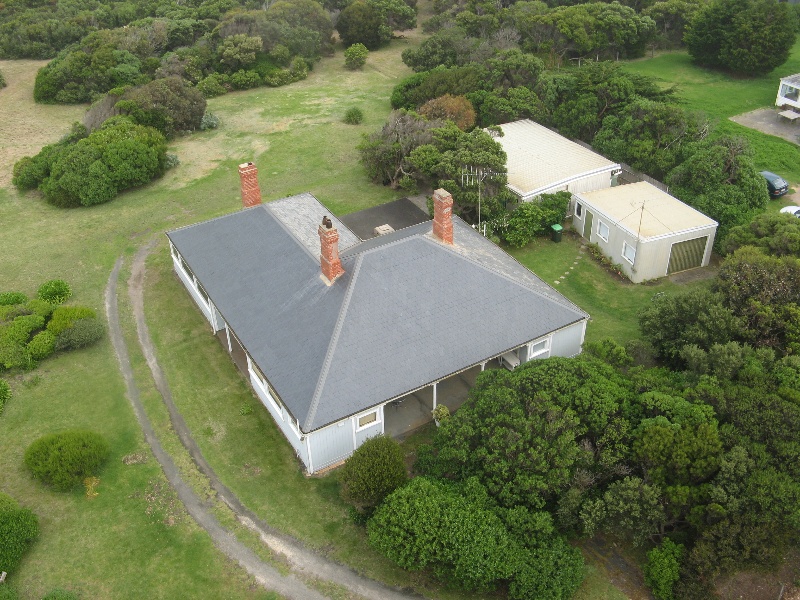 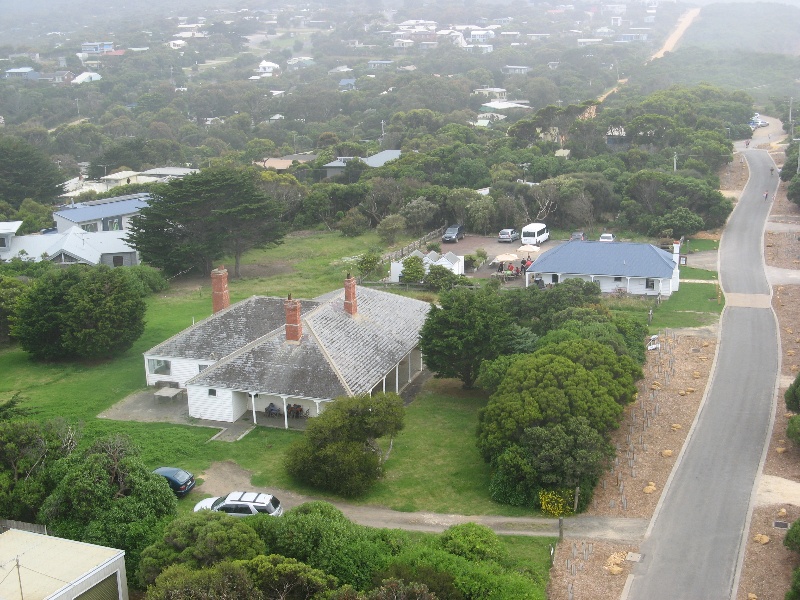 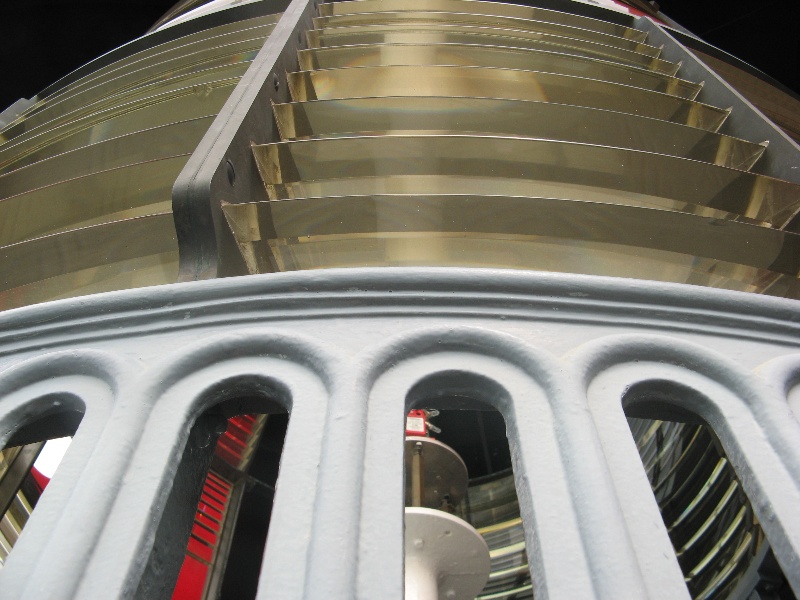 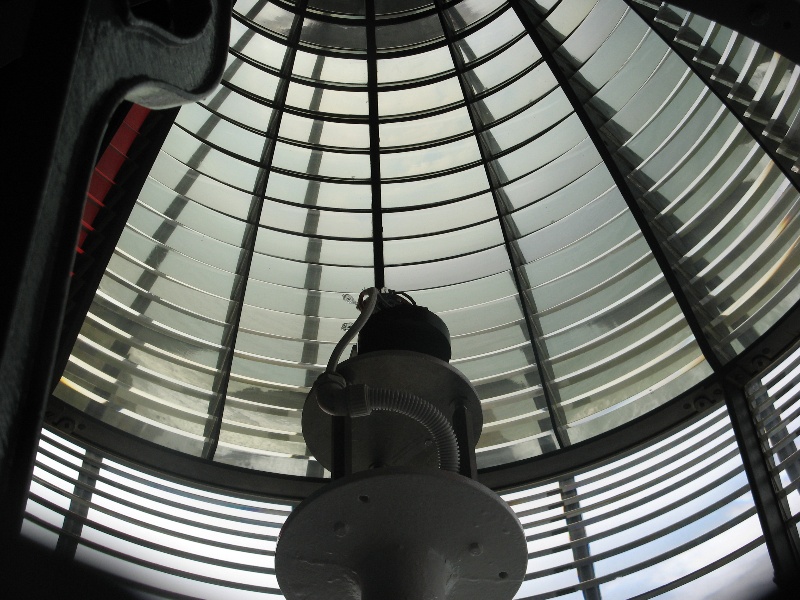 The Split Point Lightstation at Airey's Inlet includes a lighthouse, head keeper's quarters, two semi-detached assistant keepers' quarters and a stable building. Following numerous shipwrecks on the nearby coast, the 6.3 hectare lighthouse reserve was gazetted in 1890 and the complex was built in 1890-91 to designs by the Public Works Department and the lighthouse was constructed by the Richmond contractors R Anderson & Sons. Robert Anderson was one of the stonemasons who had led the 1856 Eight Hour Movement marches in Victoria, and a plaque commemorating him is attached to the base of the lighthouse. The lantern at the top of the lighthouse tower was supplied by Chance Brothers of Birmingham, the world's main makers of complex optical equipment, which supplied specialist lighthouse equipment to virtually all Australian lighthouses. The quarters for the keeper and two assistant keepers accommodated the three men needed to operate the lighthouse twenty-four hours a day. The lamp was originally powered by vapourised kerosene, was changed to acetylene in 1919, after which the light became automatic and unmanned, and was converted to mains electricity in 1972. The former keepers' quarters were sold in 2004 and are now private residences.

The Split Point lighthouse is a 33.5 metre high concrete tower with a lantern on top. The tower has an impressive cast iron spiral staircase and the landings at each level are supported by columns with unusually elaborate capitals. An unusual feature of the tower is the entrance room at its base. The lantern at the top of the tower is surmounted by a dome of copper sheets painted red and a ball-type ventilator with a simple arrow wind vane attached. The lantern glazing is of three tiers of flat glass sheets painted on the landward side and with red glass filters. The internal catwalks have cast iron lattice floor panels supported on openwork cast iron brackets. The balcony balustrade is of typical cast iron post and rail construction and the floor is concrete. The light source was a 1000W-120V tungsten halogen lamp but is now a small 100W globe. The lens assembly is a Chance Bros first order 920 mm focal radius fixed (non-rotating) lens assembly of glass and gunmetal, with an array of reflecting prisms on the landward side.

The head keeper's cottage is a weatherboard residence with a slate roof and with screened verandahs. The assistant keepers quarters are semi-detached cottages sharing a party wall and are of similar construction. Both quarters retain early water pumps at the rear, used to fill adjacent underground water tanks. The once clear views to the tower are now partly obscured by the growth of vegetation.

The Split Point Lightstation is of historical, aesthetic, architectural and scientific (technical) significance to the state of Victoria.

The Split Point Lightstation is historically significant as a major component of the system of lightstations built by the Victorian Government along the Victorian coast during the nineteenth century, which was vital for ensuring the safety of shipping. The keepers' quarters demonstrate the importance of the lighthouse keepers, once essential to operate the light continuously, but made obsolete by new technology which has, since 1919, enabled the light to operate automatically. The lighthouse historically significant for its association with the stonemason Robert Anderson, one of the leaders of the Eight Hour Movement in Victoria.

Split Point is architecturally significant as a fine example of a nineteenth century lightstation complex. The lighthouse is notable for its elaborate cast-iron spiral staircase.

The Split Point Lighthouse is aesthetically significant for its classic tall white form and its location on a bold headland, which make it a notable landmark for travellers on the Great Ocean Road, and it features in tourist information for that popular route. It has been given the popular name 'the white queen'.

The Split Point lighthouse is of scientific (technical) significance for its intact 1886 Chance Brothers lantern, which has its original first order lens assembly still in use.