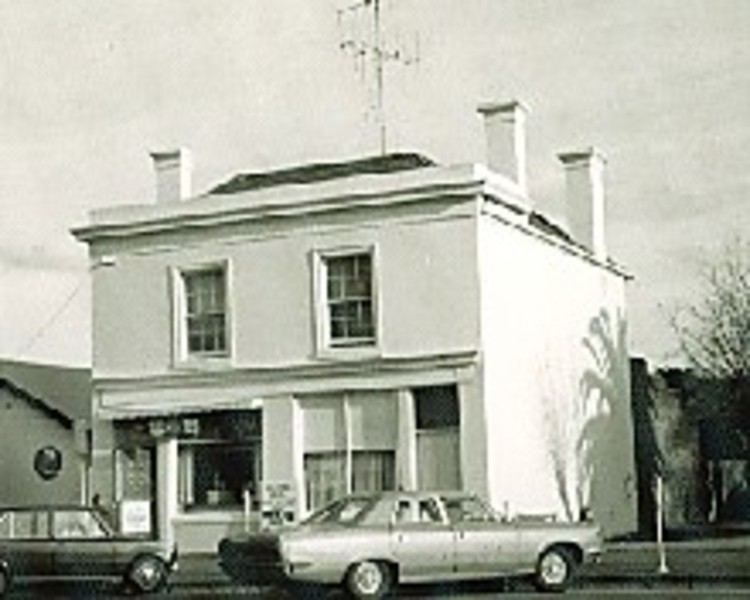 This two-storey rendered brick building was erected before 1856 as two shops with residences above. It was known as Scherell's Building and was used as a saddlery by the Scherell family until they sold it in 1867, to the National Bank of Australasia who occupied it until 1872. Known locally as the Regal Shoppe, it is immediately adjacent to the town square, the original commercial centre. Although the door and window at pavement level of number 163 have been altered, it is mainly as originally designed and is important as one of the very few remaining early simple style buildings with a minimum of ornamentation.
Classified: 04/10/1984
Part of Warrnambool Historic Area. Classified: 12/11/1979. See B4538