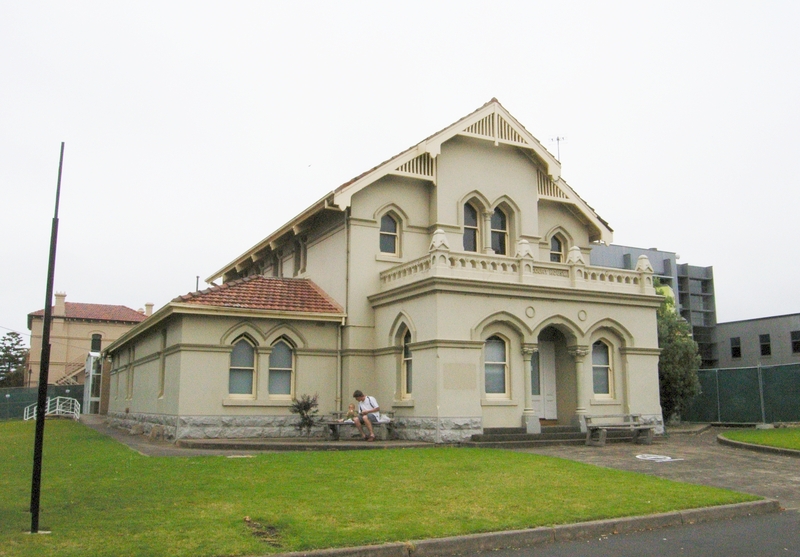 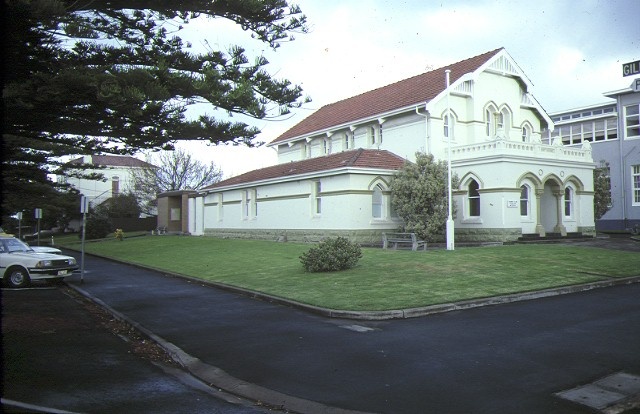 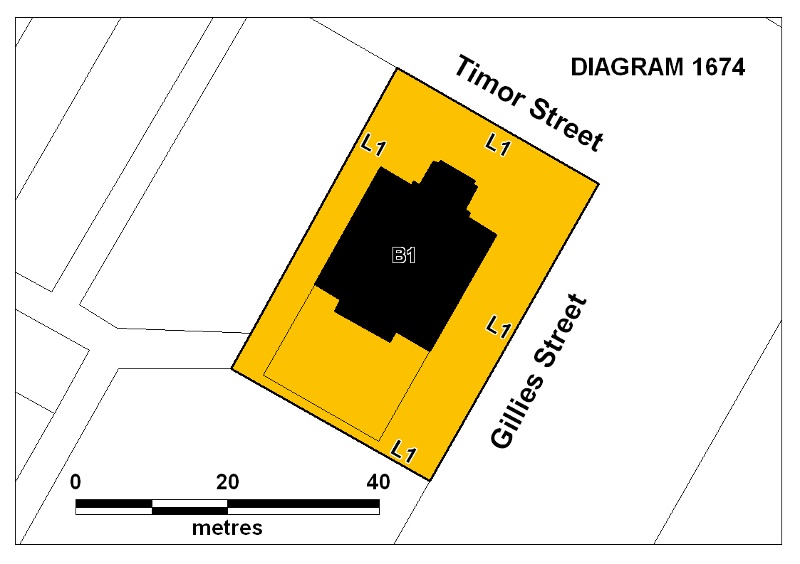 The Warrnambool Court House, a simple bluestone and brick structure, was built in 1870-71 by the Public Works Department. Originally the building comprised a centrally located court room with two rooms for clerks on the western side and separate rooms for magistrates, barristers, and prisoners on the eastern side. The court house furniture was purchased in 1871, specifically for this court house. Many other country courthouses were supplied with furniture from a centrally ordered store of items.

The building today is largely the result of substantial alterations and additions to the north elevation made in 1889 to the design of J. H. Marsden, architect of the Public Works Department. The design in the Victorian Free Classical style featured a highly decorated projected entry, arcade and gabled roof. The 1889 extension included an enlarged court room in the centre of the building; new passageway and jury room to the east; an arcade and relocation of the stairs to the north; and a new library and waiting room to the west side. Major alterations in 1967 involved the addition of a second court room and related rooms.

The Warrnambool Court House is of architectural and historical significance to the State of Victoria.

Warrnambool Court House is historically important as a reflection of the strength and optimism of the major Victorian coastal township of Warrnambool in the late 1880s, which resulted in the 1871 court house building being regarded as not only inadequate for the town, but much too sombre and unattractive for its times. The building is also historically important as an example of the work of the prominent Victorian Public Works Department architect J. H. Marsden, whose drawings for the building?s 1889 alterations have largely contributed to its present form. Although Marsden may have produced his Warrnambool drawings under direction, he later designed many important public buildings in Victoria, including the Melbourne Teachers? College (1888) and Carlton Post Office (1883). As the Warrnambool Court House court room is unusually intact, it is historically important for its potential to illustrate the development of legal infrastructure in the regional centre of Warrnambool during the late nineteenth century. Warrnambool Court House is also significant as a key element in a major precinct of related public buildings at Warrnambool which includes a Customs House (1860), Post Office (1874), Watch House and Police Station (1883), Police Stables (1884), Sergeants? Quarters (1887), and Drill Hall (c.1870).

Warrnambool Court House is architecturally important as a representative example of a Victorian Free Classical style court house with projected entry, arcade and gabled roof. It is one of six surviving buildings in this group which were all erected between c. 1880 and c. 1890, and is typical of the Victorian Free Classical style in its free interpretation of classical elements. The timber fretwork at Warrnambool is also typical of later examples in this group which displayed Federation Style details. The substantially intact court room is noted for its opulent display of original timber joinery and for the remaining furniture dating from the period of construction.