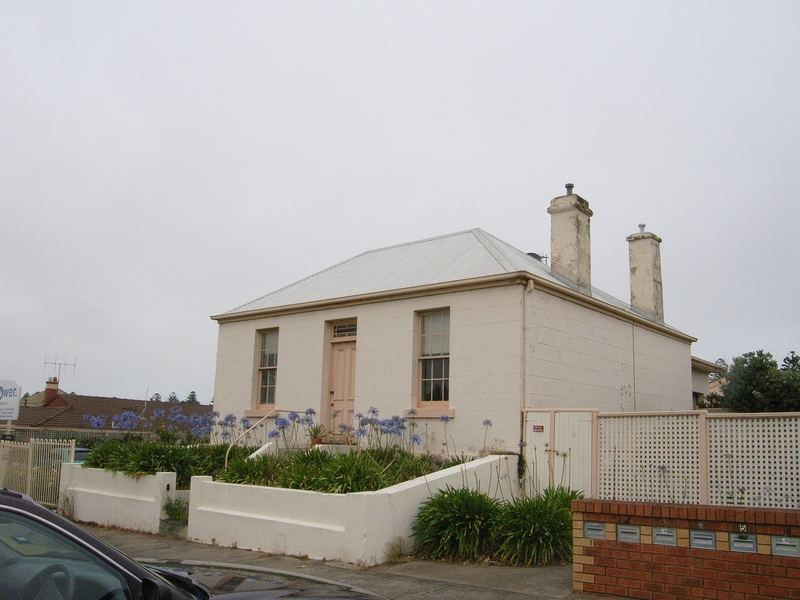 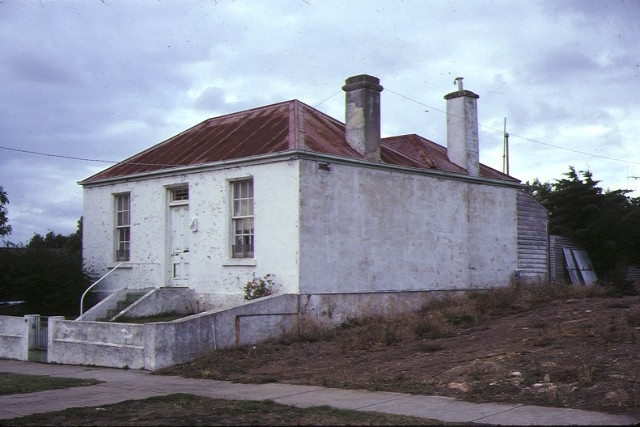 When FW Thorne purchased Lot 9, Crown Section 9, Town of Warrnambool, about 1856, the land was already subdivided into two parcels each with a tenement owned and occupied by Thomas King and Edmond Moubray. King was an early settler (around in Victoria in 1854) prominent in the area as a road contractor, produce merchant, promoter of the Western Shipping Company and was involved in the establishment of a public market and public gardens and parks. He was associated with the Warrnambool Hospital Committee, the Mechanics Institute and amongst other things was on council for 20 years and mayor five times.

The Cottage at 73 Koroit Street Warrnambool is the surviving one of a pair of similar single storey local stone houses of colonial Georgian character. No. 75 was demolished in the 1980s. The cottage consists of two parallel hip roofs clad with corrugated galvanized iron and is one of a small number of comparable cottages in Warrnambool. The facade has been rendered and is devoid of ornamentation.

The Cottage at 73 Koroit Street Warrnambool is of historical significance to the State of Victoria.

The Cottage at 73 Koroit Street Warrnambool is of historical significance as a rare example in Warrnambool of a working-man’s cottage of the 1850s. The cottage represents a building type of which relatively few examples remain in Victoria. The cottage has little architectural pretension. But its general proportions and greater floor to ceiling height compared to surviving cottages of the 1840s in the wider region demonstrate an increased sense of permanence in the construction of relatively humble houses in Warrnambool as the town became more firmly established. The cottage also provides a good sense of the living conditions for many people in the early years of Victoria’s provincial cities. The location of the cottage gives some idea of the early influences on the development of Warrnambool. It, like several other stone houses, is situated near an old quarry site from which the building material was obtained. Another concentration of stone houses can be found in the north-west of the city near several quarry sites.

My 2x great grandfather Robert Cunningham and his wife Mary owned freehold land and tenements in Koroit Street in 1856. (source Australian Electoral Rolls 1856). He was a Labourer born in 1824 in Kircudbrightshire Scotland. They were married in 1851 in Warrnambool. Mary was an Irish settler named Mary Parkes who had migrated with her family in 1839 on the "Garrow" from Co Down. Robert and Mary had 6 children born in the area.