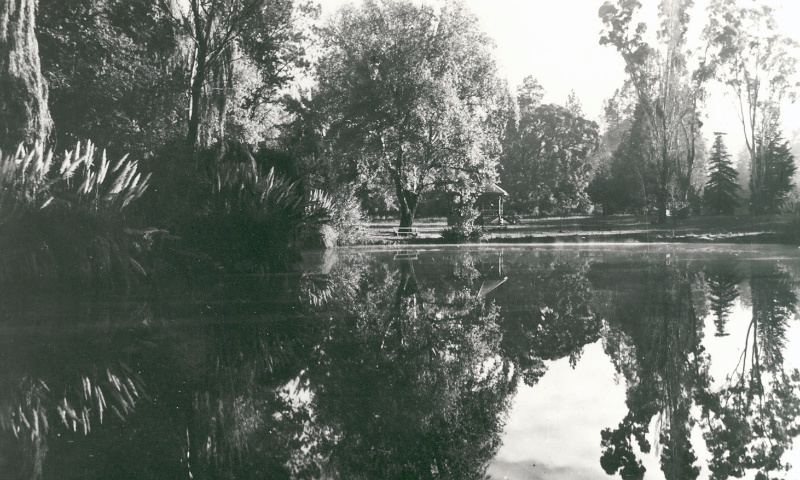 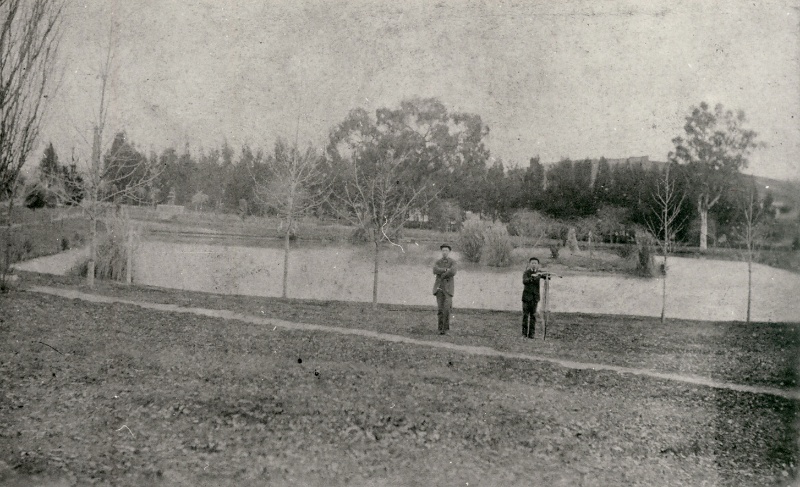 Castlemaine Botanical Gardens, temporarily reserved in 1860 as a botanic garden, extended to the south in 1868 and the entire site permanently reserved in 1869, planted and developed in the 1860s-90s, especially by long-time curator Phillip Doran, and generally well maintained despite re-reservation in 1954 to include a caravan park, is of State cultural significance:

- As an outstanding example of a regional botanic garden, a garden type best exemplified in Australia by the collection of such gardens created in colonial Victoria; typical characteristics of regional botanic gardens which are demonstrated at Castlemaine include a formal entry, carriage drive, informal park layout, incorporation of a major water feature, decorative structures and works such as the fountain and drinking fountains, areas of intensive horticultural interest, contrast between open lawns planted with specimen trees, areas of intensive horticultural interest (e.g. the quality and continuity of traditional Edwardian bedding displays), a documented supply of plants from other colonial botanic gardens and prominent horticulturists, and a location in proximity to a township developed during the mid to late nineteenth century;

- For its early design and layout; the garden adopted a picturesque approach to design and this still reflected in the surviving path system and placement of major features, the incorporation of major water features (now represented by Lake Joanna, Barkers Creek and the site of Lake Augusta), and the informal arboretum;

- For its collection of plants (especially trees and shrubs), characteristic of late nineteenth century gardens (including a preponderance of conifers) and representative of more specialised plants groups befitting the scientific role of a botanic garden; evidence of seed and plant exchanges with other botanic gardens in Victoria and interstate; and some outstanding individual specimens listed individually on the Register of Significant Trees;

- For its rare and endangered native and exotic flora and fauna, including many trees uncommon in cultivation;

- For its links with Phillip Doran as inaugural curator and Ferdinand von Mueller as a principal supplier of plants; Doran's long duration as curator (47 years) enabled an implementation and consolidation of design and stability of management; Mueller's supply of plants and seeds from the Melbourne Botanic Gardens ensured that the Gardens were viewed with more than parochial interest and consolidated the reputation of the Castlemaine Botanic Gardens as being amongst Victoria's major regional gardens;

- For the survival of numerous plans and reports which document and illustrate the development of the site; these complement the extant garden and form a rich resource for interpretation of cultural significance to visitors; and

- For the manner in which the Gardens and surrounding streetscape/landscape combines to produce a significant late nineteenth and early twentieth century precinct; this includes views to and across the Gardens as well as vistas within and out of the gardens, especially to locally significant buildings and places.

[Probable natural values associated with the Eltham Copper Butterfly have not been investigated as part of this report.]