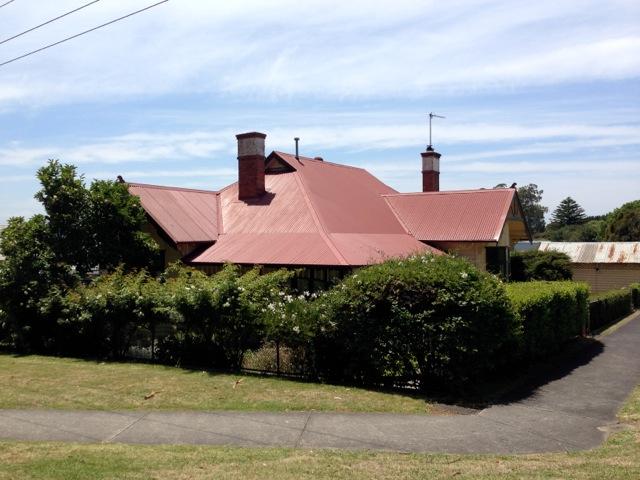 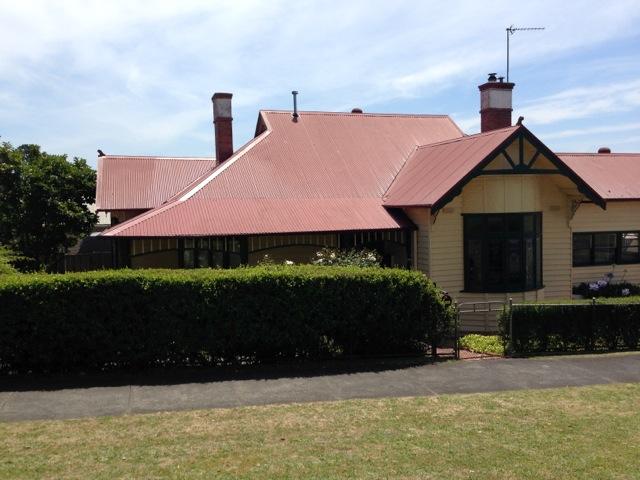 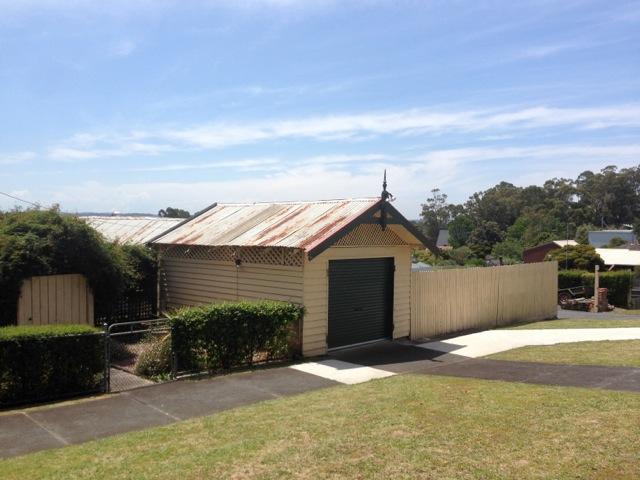 What is significant?
The dwelling and garages, constructed in 1921 for Mr James McGuinness, and former boarding house, at 19 Long Street, Leongatha are significant.The house is a characteristic example of a Federation timber villa. Asymmetrical in plan, it has a hipped roof with a contiguous return verandah at a lesser pitch that is contained within two projecting gables, and is complemented by two gabled garages built to the street boundaries. Notable elements include:

- The large size of the house reflected in the length of the ridge.
- Very small ridge gablets and scrolled ridge finials.
- The straight brick chimneys with roughcast bands at the tops.
- Bracketed gable ends with sunburst end frames.
- Bowed casement and hopper windows to the projecting gables and the corner room.
- Imitation roughcast pressed metal battened panes over the bow windows.
- Gable end frames and finials with diagonal trellis to the gable ends and upper side wall panels of the garages.

The former boarding house is a weatherboard building, L-shaped in plan with a gable roof to the rear of the main dwelling. The windows have distinctive sunshades along the north elevation. Beneath the boarding house is the former stables, which have concrete walls and ceiling.

Non-original alterations and additions to the buildings and other buildings on the site are not significant.

How is it significant?
The dwelling, garages and former boarding house complex at 19 Long Street, Leongatha are of local historic and aesthetic significance to South Gippsland Shire.

Why is it significant?
Historically, the former boarding house is significant as a rare survivor of the railway-associated business that developed in Jeffrey Street prior to World War II. It is characteristic of the modest boarding house-style accommodation provided in association with private residences of the early twentieth century. (Criteria A, B & D)

Aesthetically, the house is a fine and well-detailed example of a Federation/Edwardian bungalow, which has been designed to take advantage of its corner location. The aesthetic and architectural qualities of the house are enhanced by the garages, which are designed in a complementary style. (Criteria D & E)