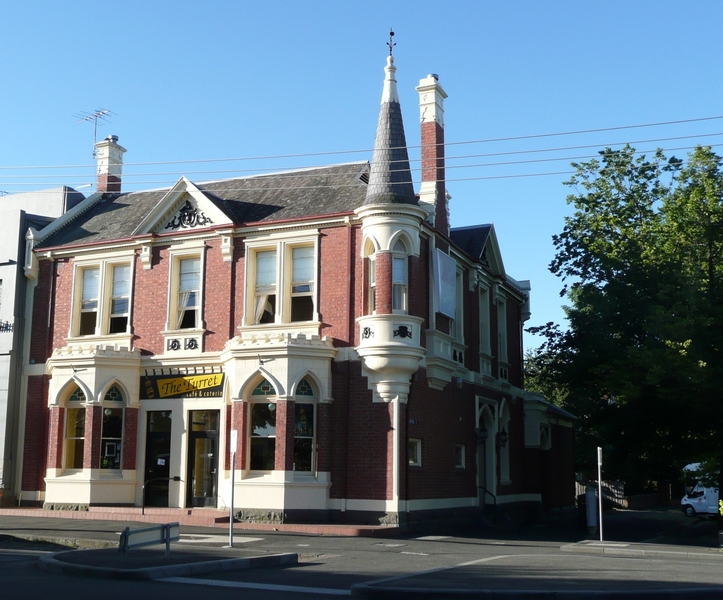 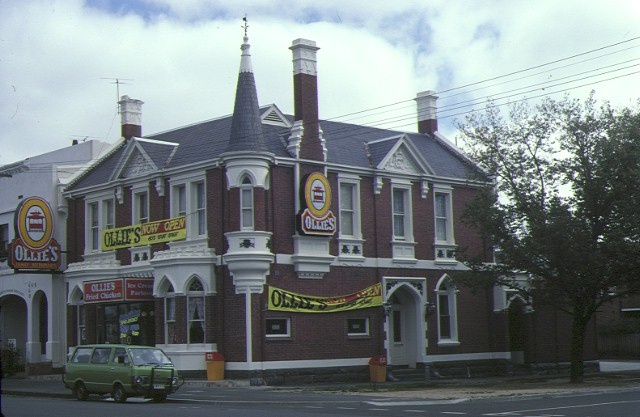 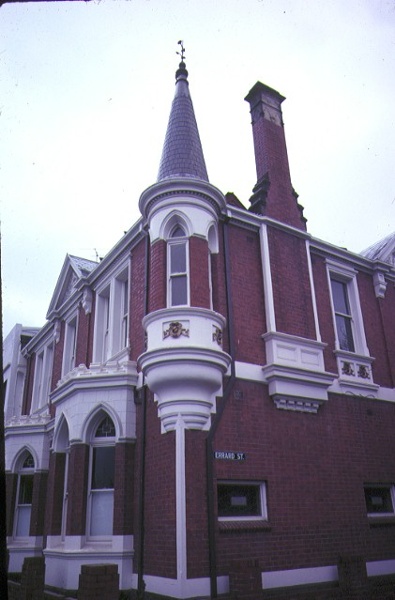 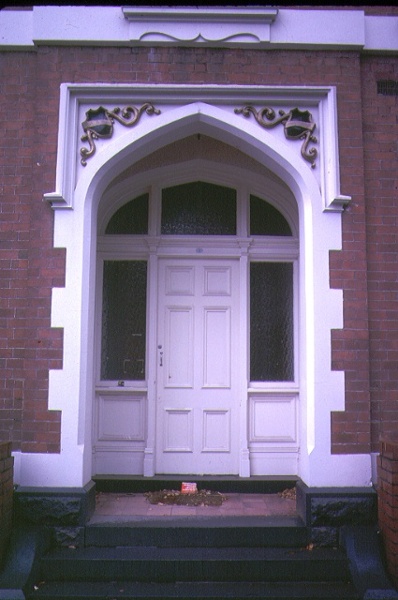 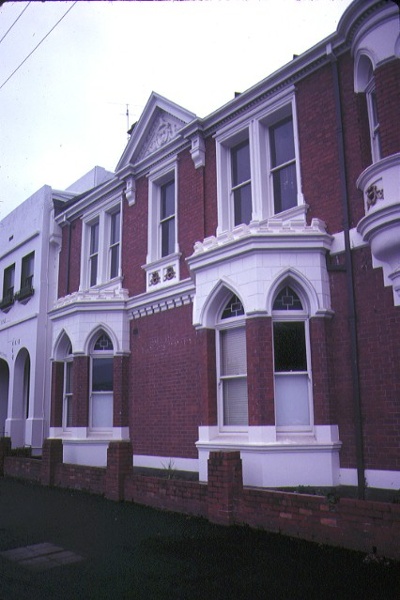 The two storey brick and cement render building at 802 Sturt street was constructed in 1894-95 as a residence and consulting rooms for Dr. Emil Guthiel, an eye and ear doctor, and designed by the Ballarat firm of architects, Gilbert and Clegg. Guthiel remained as owner of the house until his death in 1921. Guthiel was one of a number of medical practitioners who lived in the area surrounding the corner of Sturt and Errard Streets, presumably because of the proximity to the Ballarat hospital.

George William Clegg and Charles N Gilbert were in partnership for a short period only but both practised alone and in various partnerships in Ballarat in the latter part of the 19th century and early 20th century (Gilbert between 1877-1875 and Clegg 1890-1913). Both architects are known to have designed other buildings in the eclectic manner approximating the architecture exhibited in Guthiel's house. The two-storey house is substantially intact externally and is constructed of face red brick with rendered dressings on a bluestone plinth and has a slate roof. It is a unique example of this architectural style in Ballarat being a combination of the English Queen Anne domestic revival with an eclectic but well-resolved array of gothic and Tudor elements. It occupies a corner site with the Sturt street facade being composed of two castellated bays with lancet windows on the ground floor over which are located pairs of sash windows. Between the top windows is a single sash window surmounted by a steep pediment with an enriched tympanum. The corner of the building is marked by a projecting oriel turret in the manner of the picturesque. It has lancet windows and a steep conical roof terminated by a sunflower finial. The turret and the adjacent corbelled chimney on the Errard Street facade are of great importance to the composition for the way in which they unite the two elevations.

The recessed entrance square table and heraldic enrichments are significant features. The pediment is repeated over the entrance to give continuity to the roofline of both facades. Internally the most intact areas are the lobby and the two rooms fronting Sturt Street. The lobby is divided by Tudor arches which replicate the external entrance and contains the simple timber stair which has a turned newel post and derived Jacobean lampstand. The two front rooms are joined by folding doors under a broad segmental arch with pilasters to each side. Each room has an elaborate fireplace and overmantel with relief panels of pressed leather. The doors have architraves containing panels of pressed metal decoration and entablatures composed of a pair of scrolls meeting in a Palmetto motif.

The importance of the building lies in its unusual combination of decorative elements and historically derived from the principal stylistic modes of medieval Europe. It is a distinctive example of the work of architects Gilbert and Clegg, separately distinguished in later careers and working in partnership for an extremely short period. This picturesque revival style residence is without comparison in Ballarat and rarely represented in Victoria. The importance of the villa is accentuated by the corner location in a precinct made up of substantial houses, many built for medical practitioners who were contemporaries of Dr. Guthiel. The house has notable streetscapes qualities and is a major contributor to the architectural variety to be found in Sturt Street, Ballarat.