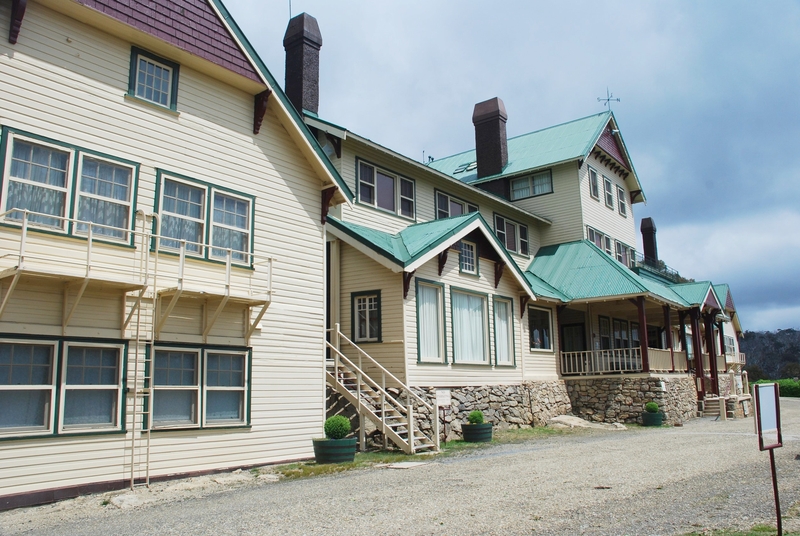 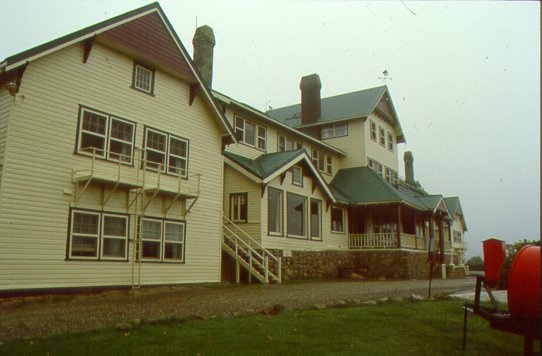 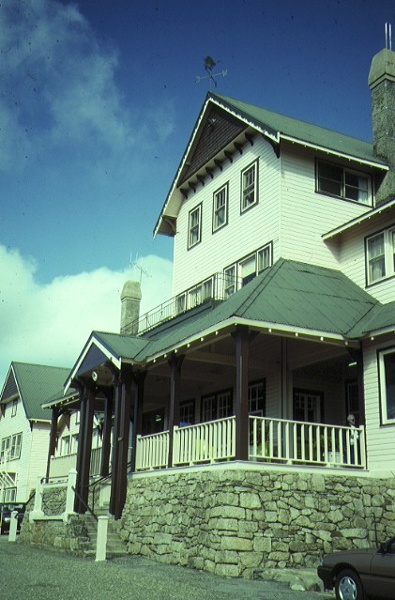 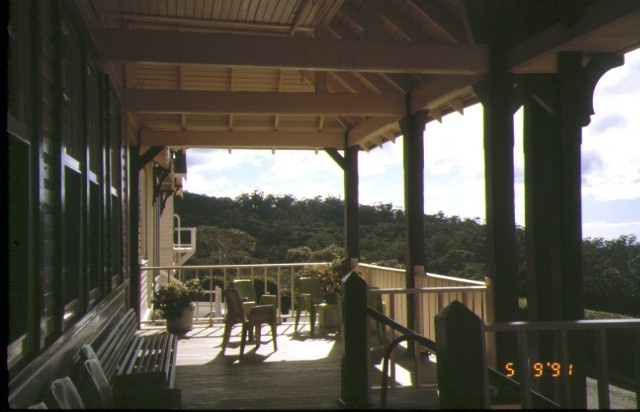 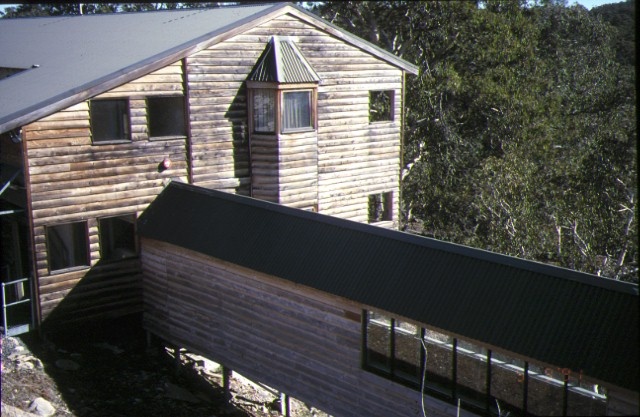 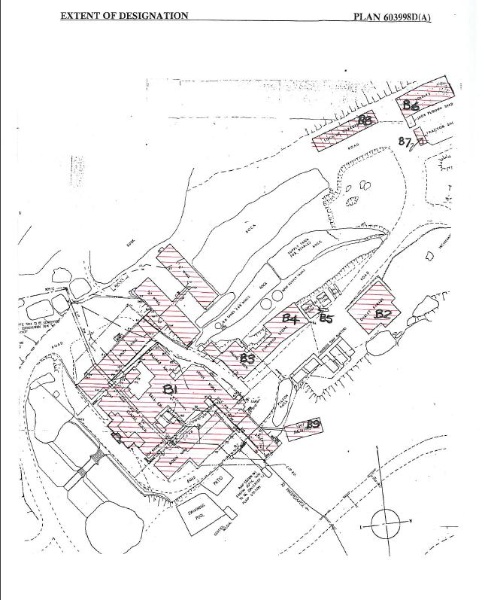 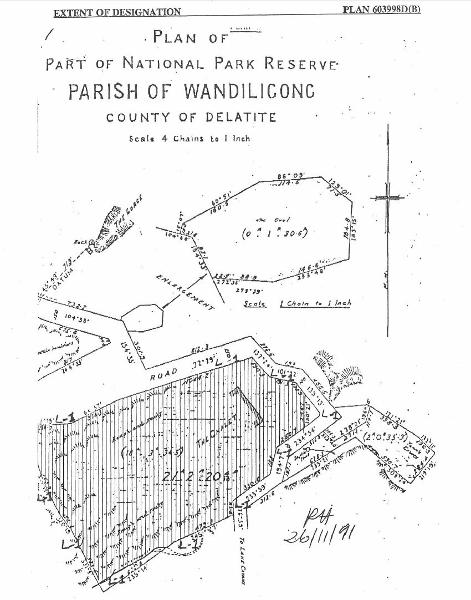 What is significant?
The Chalet was built at Mount Buffalo after the first road to the summit was opened in 1908. The first Europeans recorded the Buffalo plateau in1824 and the tourist potential gained impetus in the 1880s. The latter increased the government?s interest in the alpine area and, as a result, an area of the plateau was temporarily reserved as a National Park by the government in 1898. This area was increased in 1908 and the intention to construct a Chalet on the summit announced.

Originally intended to be built of granite, the timber Chalet was designed by the Public Works Department as a temporary building, completed in 1910 and leased to Mr J Newton. Its popularity was immediate and in 1912 it was described as the epitome of luxury, with large sitting rooms, ample fireplaces, well ventilated bedrooms and hot and cold baths. Improvements were made soon after construction and these included a golf links in 1911, a north wing addition in 1912 and a south wing and billiard room in 1914.

In 1919 the new lessee, Miss Hilda Samsing, lobbied the government to make improvements to such amenities as heating and lighting, while in 1921-22, an addition to the south wing increased bedroom and bathroom facilities. The billiard room was moved to the front of the house and the terraced garden, with rubble granite retaining walls, was laid out at the front of the chalet.

In 1924 the management of the Chalet was transferred to the Railways Department and the facility was operated in a formal manner, including the issuing of standard railway tickets for all activities and the wearing of railway uniform by the porters. A service providing motor coach transport for guests from Porpunkah railway station to the Chalet commenced in 1925. This was maintained until the passenger train service on the Bright line was discontinued in 1952, and guests were then transported by motor coach from Wangaratta.

Further improvements were made to the Chalet in 1925-26, when the present dining room, the kitchen and billiard room wings were constructed, and the original dining room was converted to a ballroom, with a stage. Balustrading along the front of the building was removed and large windows inserted to provide uninterrupted views. In 1937-8 major alterations were made with the extension of the south wing and a second storey added to the central wing of the building. At this time the provisions for 200 guests at the Chalet was noted as more than equalling the best city hotels.

During the war there was a reduction of both staff and clientele at the Chalet, and servicemen and women on leave were given priority in bookings. After the war, migrants and displaced persons from Europe, many of them Jewish, found the Chalet to be a comforting reminder of their homelands. The Railways Department managed the Chalet until 1985 when the government took over its running, under the auspices of the Tourist Commission. In 1993 it was leased privately again and has continued to provide accommodation, despite the post-war development of alpine resorts by private enterprise at other locations.

Reminiscent in style to northern European Chalet architecture, the Mt Buffalo Chalet is a bungalow style, timber building on a coursed random rubble plinth, with a series of hipped and gabled corrugated iron roofs. Originally designed as a symmetrical, gabled roof building, early additions were carried out in a similar style and continued the symmetry of the front facade. The second storey addition to the central wing altered the appearance of the building, however the bungalow character was retained. Slender rough cast render chimneys with tapering tops and random coursed rubble bases; a decorative barge board over the main entry; decorative timber brackets supporting timber shingled, gable ends; exposed rafters and double hung, paned windows all add to the character of the building. Internally, some remnants of decoration remain, reflecting various stages of the Chalet?s development.

The Chalet is sited amongst granite outcrops and is surrounded by well manicured gardens. Simple, utilitarian outbuildings, including a garage, engine room, firewood store, carpenters? shop, stables and tractor shed, were constructed before 1940 and remain on the site.

How is it significant?
Mt Buffalo Chalet is of architectural, historical and social significance to the State of Victoria.

Why is it significant?
Mt Buffalo Chalet is of architectural significance as one of the largest chalet complexes in Victoria. Its isolated location has prevented the intrusion of later developments, usually associated with alpine resorts. The consistency of the style in the development of the main building, particularly over the first 30 years, the domestic scale and character imparted by the bungalow style, and the retention of pre-1940 outbuildings add to the Chalet's importance.

Mt Buffalo Chalet is of historical significance for its association with the history of leisure in Victoria and the development of the Mt Buffalo National Park, and for its provision of an environment which has remained relatively unchanged since its construction in 1910. Its continual operation as a government-run tourist destination for over ninety years, and its association with the Victorian Railways from 1924, with its unique way of operating such a facility, are of importance.