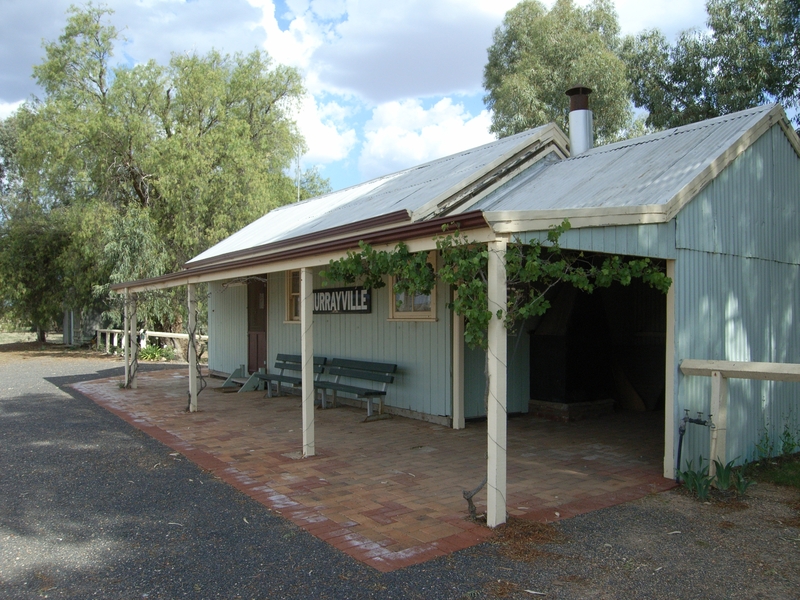 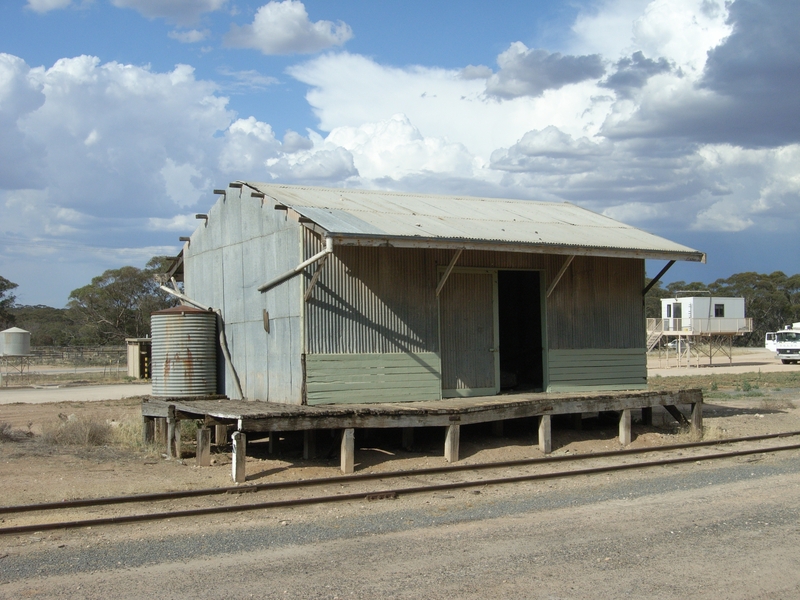 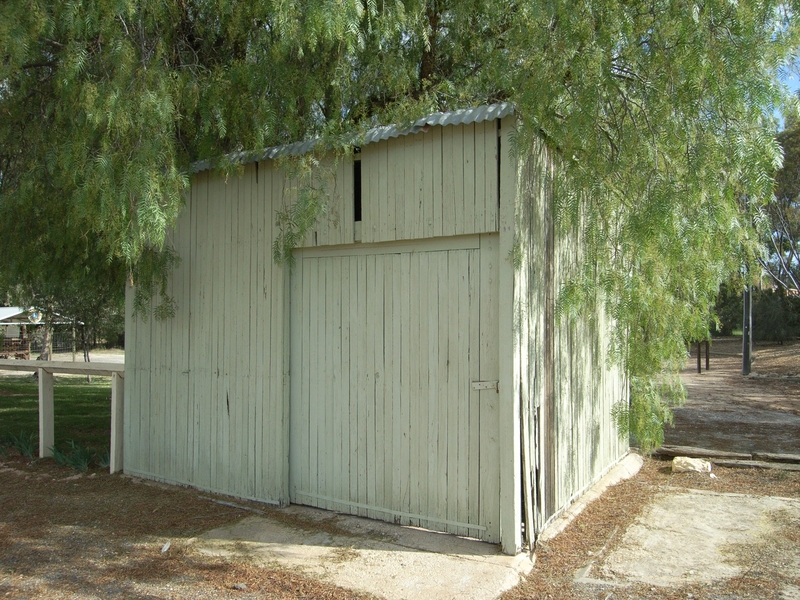 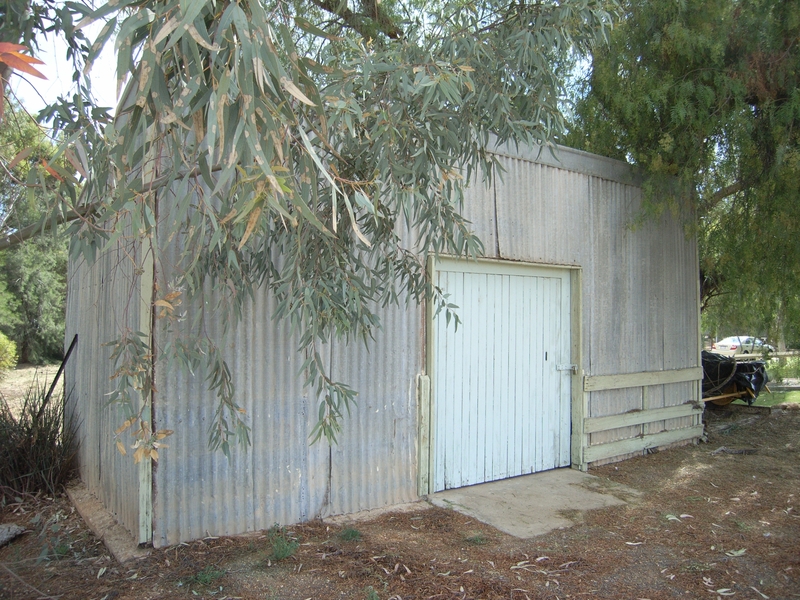 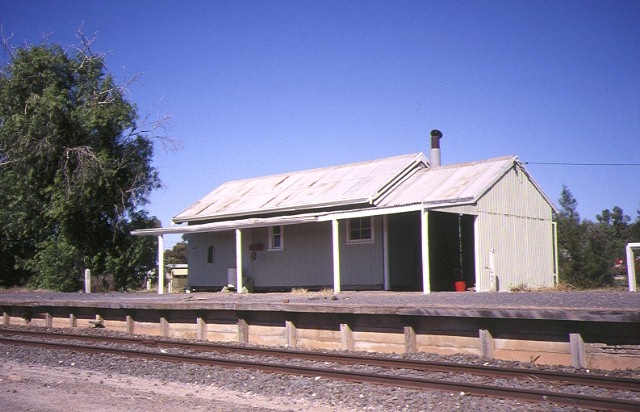 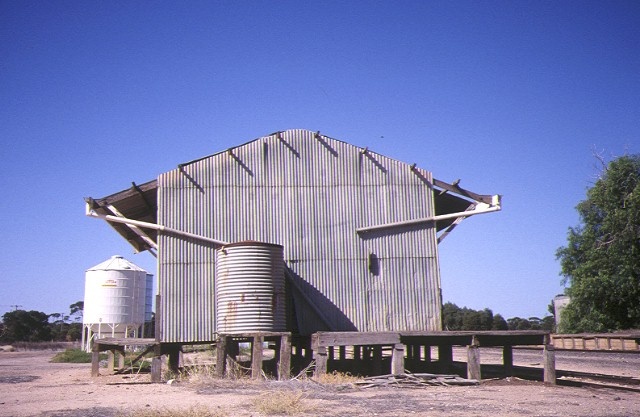 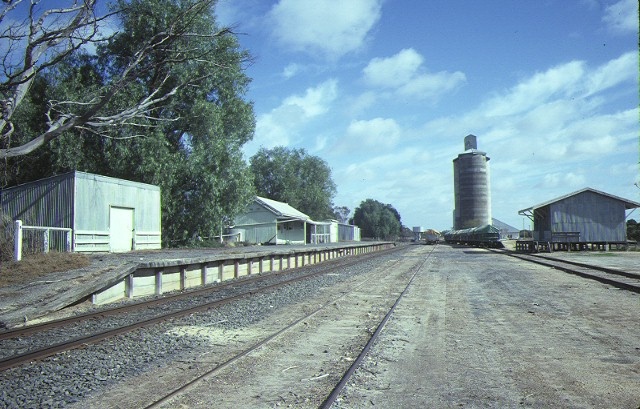 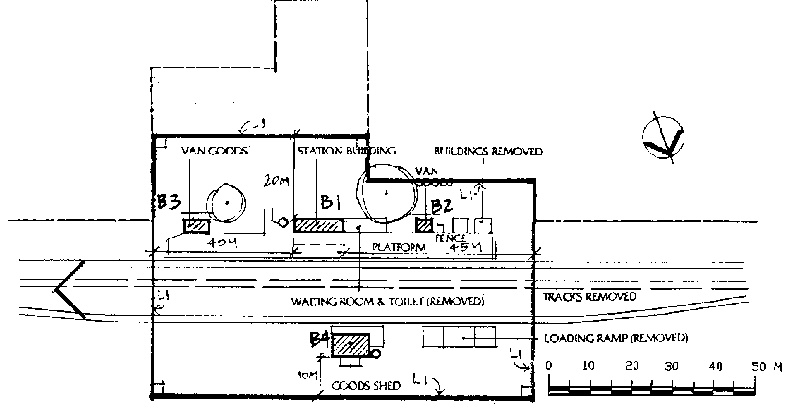 What is significant?
Murrayville Railway Station was constructed in 1912 on the Ouyen-Pinaroo line for the Victorian Railways. It comprises a standard, single storey, timber weatherboard, portable station building with ventilated double gable roof and an attached waiting area. Other structures include; the corrugated iron clad goods shed and two van goods sheds. The water tower, toilet shed and store to the station platform have been demolished, while a loading ramp and a set of railway tracks have also been removed. The station buildings are currently leased by the local shire council.

How is it significant?
Murrayville Railway Station is historically and architecturally significant to the State of Victoria.

Why is it significant?
Murrayville Railway Station is historically significant as an example of a station built for the extension of the railway network into the Mallee and Wimmera regions.

Murrayville Railway Station is architecturally significant as the first of a series of thirty-seven timber stations built in Victoria in the early years of the twentieth century. These stations, being of a rectangular plan, were designed to allow for future extension along the main axis. The ventilated roof is representative of Wimmera/Mallee construction and is an example of the 'Type A' standard portable design. (Beeston, 1995).
Show more
Show less
All information on this page is maintained by Heritage Victoria. Click below for their website and contact details.