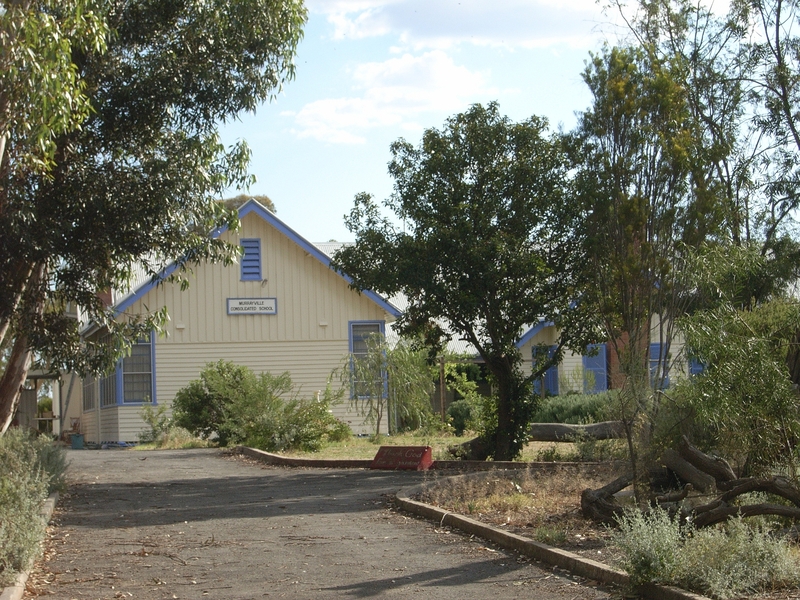 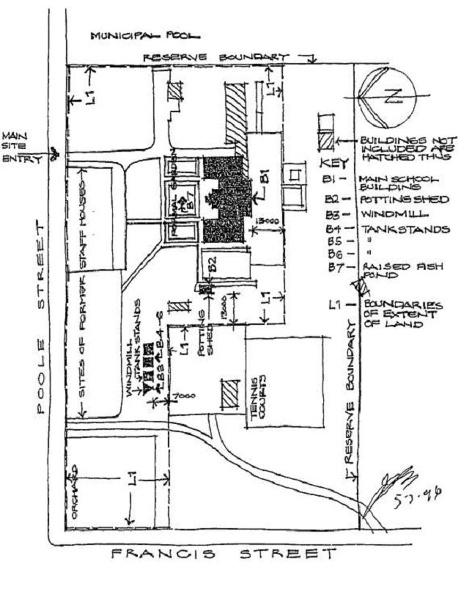 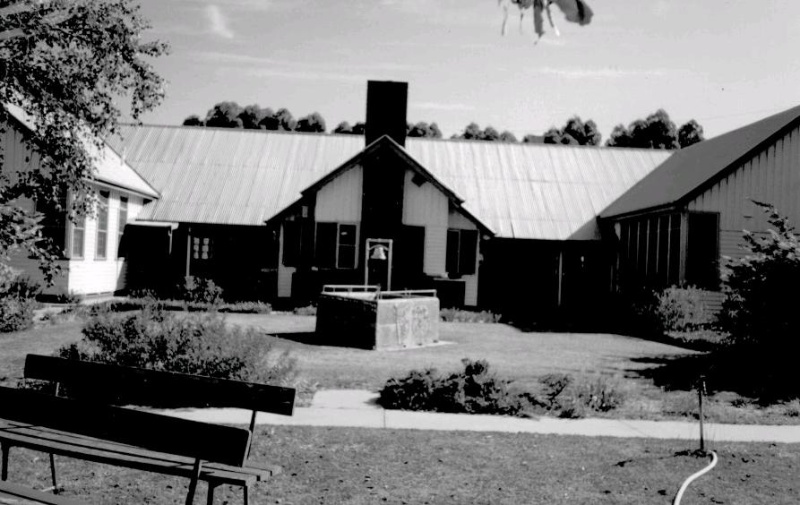 The former Murrayville Consolidated School was constructed in 1943 from five relocated district timber schools (Murrayville 1926, Rusbridge 1922, Goongee 1928, Manya 1929 and Manya North 1930) as a unified building with weatherboard walls and a corrugated galvanized iron roof in an "E" plan form to a design prepared under the direction of Percy Everett, Chief Architect of the Public Works Department. The site also contains remnants of a larger complex of buildings which included other relocated school classrooms, staff residences and farm and orchard elements.

The former Murrayville Consolidated School is architecturally, historically and socially important to the State of Victoria.

The former Murrayville Consolidated School is architecturally significant as a rare and essentially intact example of school building constructed during a period of war-time austerity, integrating five relocated existing buildings into a new structure of distinctive and contemporary design. It was the first consolidated school building constructed in Victoria and, when compared with others utilising relocated buildings, the most sophisticated in design.

The former Murrayville Consolidated School is historically and socially important as the pioneering example of the origin, development, decline and eventual demise of the consolidated school experiment in Victoria. Although consolidated schools had been considered from 1902 as a means of broadening educational and social opportunities for children in sparsely settled areas and as a vehicle for the better social integration of their families, they were finally only established in response to war-time staff shortages and pressure from the citizens of the Murrayville district. The system, which was practiced only between 1943 and 1969, was intended to focus on education for rural life and included significant elements of study in practical farming and horticulture. The Murrayville School was noted for its emphasis on dry-land farming techniques.