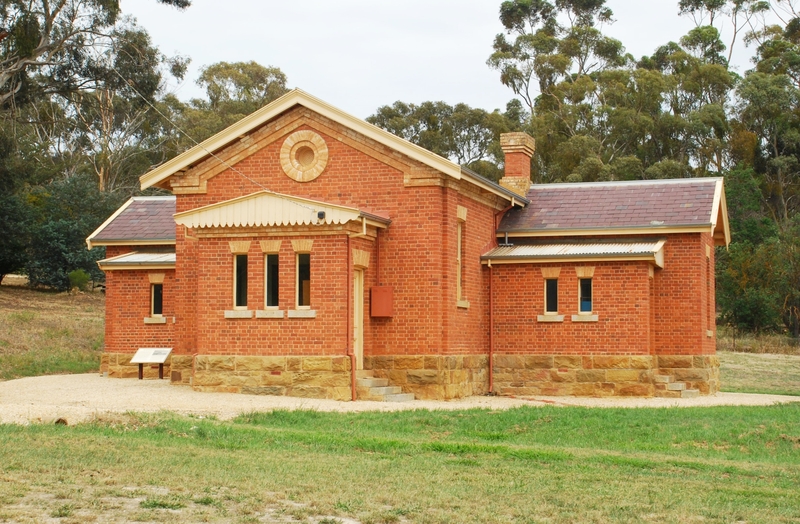 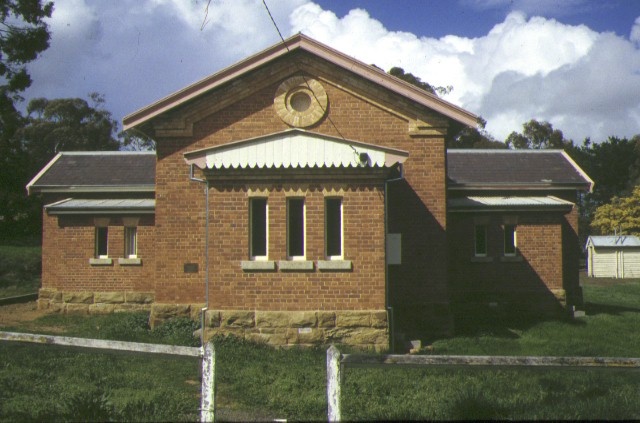 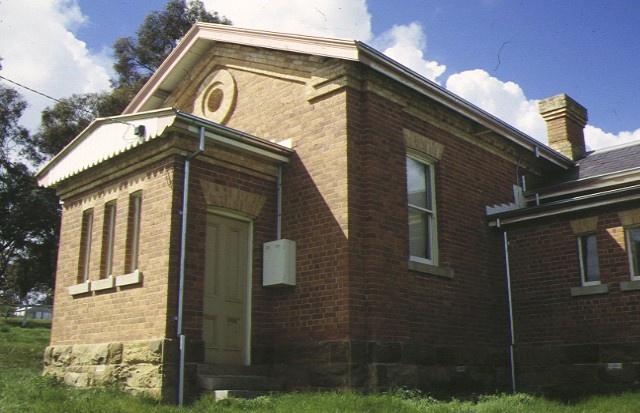 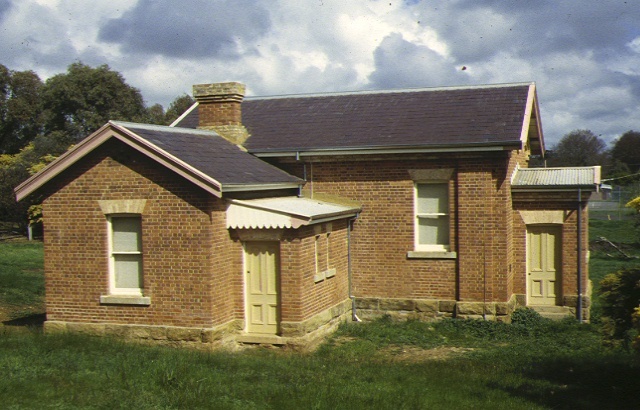 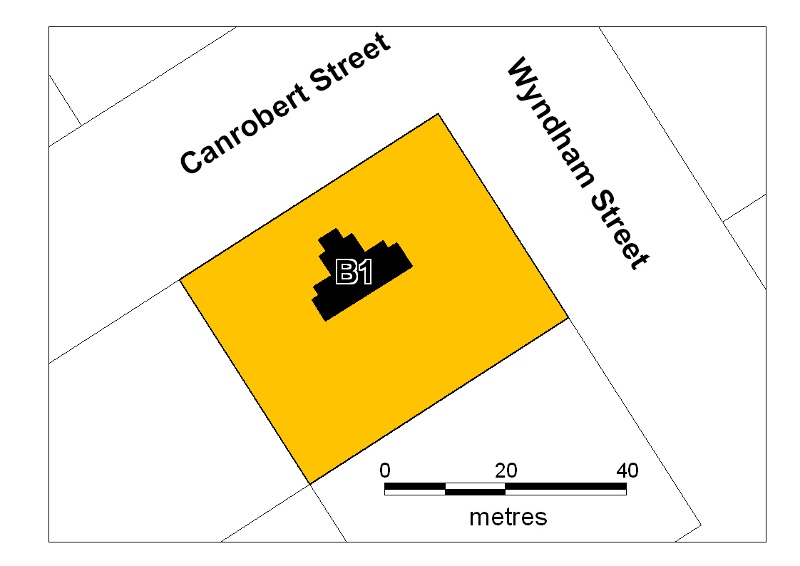 The Newstead Courthouse was designed in 1863 by John James Clark, a prominent architect in the Public Works Department who had designed the Treasury building in 1858. It was one of a number of small courthouses built in rural areas in the early 1860s. By this time William Wardell had put in place austerity measures in the Public Works Department, and this is reflected in the simplicity of Newstead Courthouse. The courthouse provided facilities for a Court of Petty Sessions and Magistrates Court. The Newstead Courthouse is built of local orange brick on a brown field granite base, with slate gabled roofs with narrow eaves. All windows have flattened segmental arches in contrasting cream brick, and granite sills. The front gable is adorned with a circular vent ringed with cream brick. Corbelled cream brick banding surrounds the courtroom under eaves level. The central gabled courtroom is serviced by a side entered front porch with flattened gable roof. In turn the two flanking gabled offices with access to the courtroom have skillion roofed entry porches. The front and side porches are unified by the use of grouped slit windows, and by the application of scalloped board valances to the barges. The functional hierarchy of differently scaled spaces manifests in a stepped effect in the facade. While the scale is almost domestic, the symmetry maintains formality. The two low and substantial chimneys between the side rooms and the courtroom serve to anchor the composition. The courtroom itself is lit by low silled side windows at the front of the courthouse, and three high slit windows in the south facing back gable end.

The Newstead Courthouse is of architectural and aesthetic importance to the State of Victoria.

The Newstead Courthouse is a fine example of small courthouses designed by the Public Works Department in the 1850s and 1860s , and of 1860s austere Public Works architecture in general. It is one of the best of the extant smaller works by Public Works Architect John James Clark. Newstead Courthouse is the most accomplished example of early Victorian Free Classical courthouses with projected side entry and gabled roof. Rutherglen Courthouse was originally identical but was added to and altered c1905. Most other small courthouses of the period are taller, with string courses and side clerestory windows, and with the long axis of the courtroom emphasised.

The Newstead Courthouse is of architectural and aesthetic importance for the quality of its design and execution. The design is a particularly pleasing and legible composition based on a simple functional hierarchy. It is finely suited to its rural locale in its informality, low scale, strong cross axis, and use of local orange bricks and field granite.